Could an animal have a set of scales supporting its body instead of a spine?

Could an animal, similar in size and lifestyle to a hippopotamus, be supported by a set of hard, exposed scales instead of a spine and a ribcage? The scales would not be fused, but connected by joints. The animal has limbs and a skull similar to tetrapods, and a sternum like that of a spider (except that it is mineralized like the rest of the skeleton). It is a piscivore, but will eat terrestrial animals if they are available. It breathes air and has the lungs, and other internal organs, of a tetrapod. It has a sprawling posture, and walks with its sternum sliding on the ground when out of the water

There are some smaller insects with many smaller "scales" or segments of armor, like an armored centipede which indicate that such a design is probably possible: 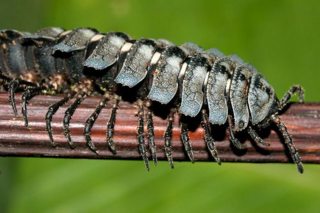 That said, in today's climate and atmosphere conditions, extremely large insects are no loner possible due to (probably) the lower oxygen content in the air and the scaling inefficiencies of exoskeletal creatures suffer from. Still, if your creature spends a lot of time underwater, size limitations can be somewhat looser as it doesn't need to support itself completely or maintain full mobility on land. This is where the largest exoskeletal creatures are found today, in the ocean: 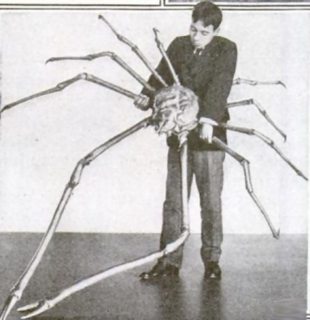 It is thought that in prehistoric times, extremely large insects were found on land, ranging into the 2-3 meter size range at maximum, so I don't see any hard reason such a creature shouldn't exist. Here are some artistic renditions: 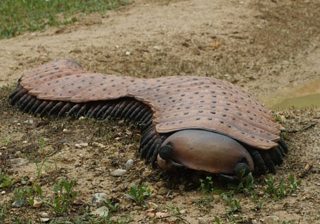 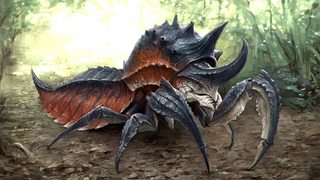 In general though, while such a creature would probably be "designable", I don't see how it would evolve naturally or what evolutionary advantage having no internal skeleton would pose. For example, insectile and thus exoskeletal creatures typically have many legs because the design favors many smaller actuators instead of only four thick and powerful legs and making the leap from insect-respiration to a lung-based approach is also quite the leap. Additionally, exoskeletal approaches typically require a complex, incremental, shedding process which makes growing to very large sizes difficult compared to the endoskeleton approach.

I really don't see the advantage to ditching an internal skeleton, as it's clearly still possible to be heavily armored, four legged, and mostly aquatic while reaching multi-meter sizes: 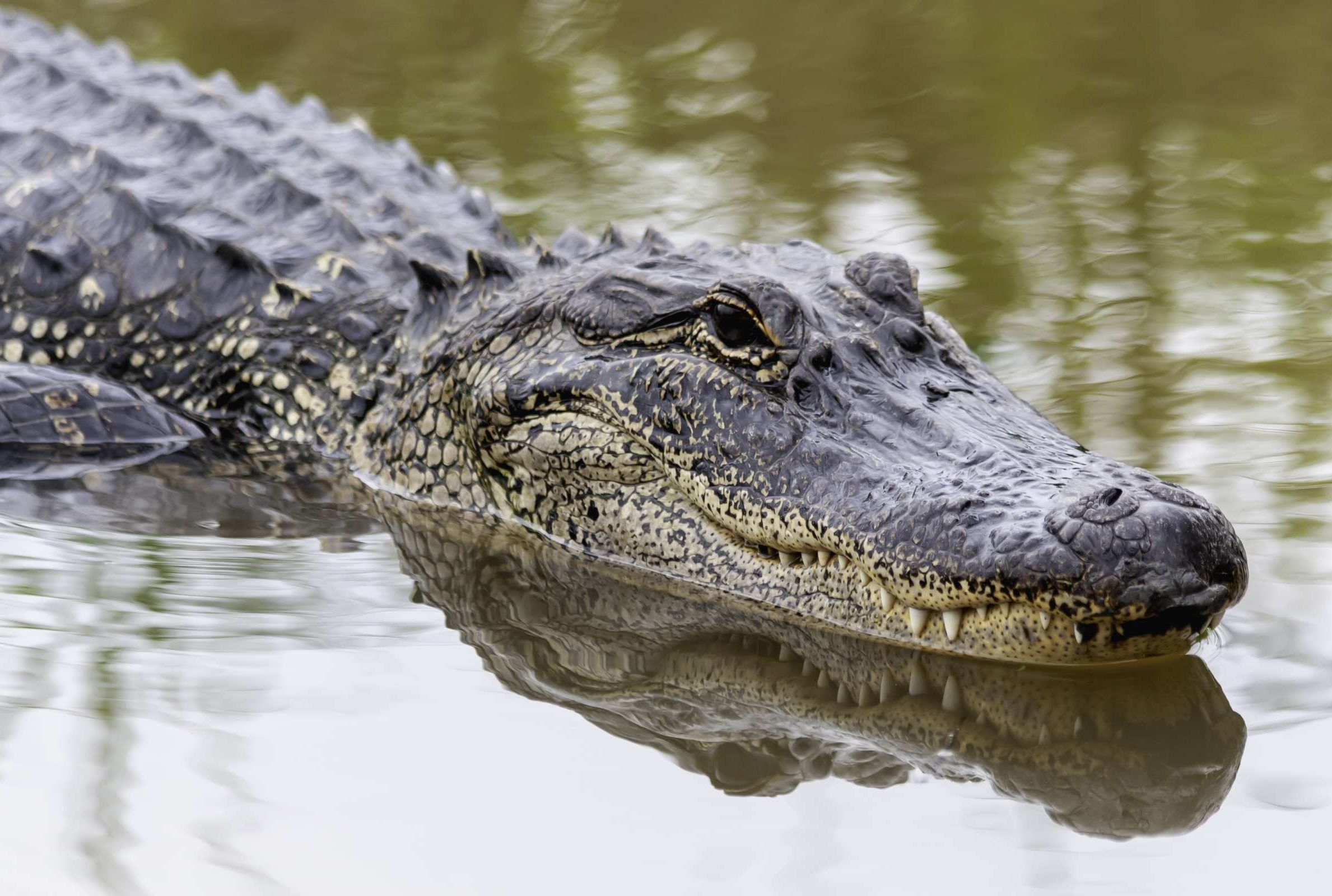 Your scale system seems to be forgetting about something very important: the ribcage and spine don't only provide structural support, they serve as anchor points for the limbs and neck. 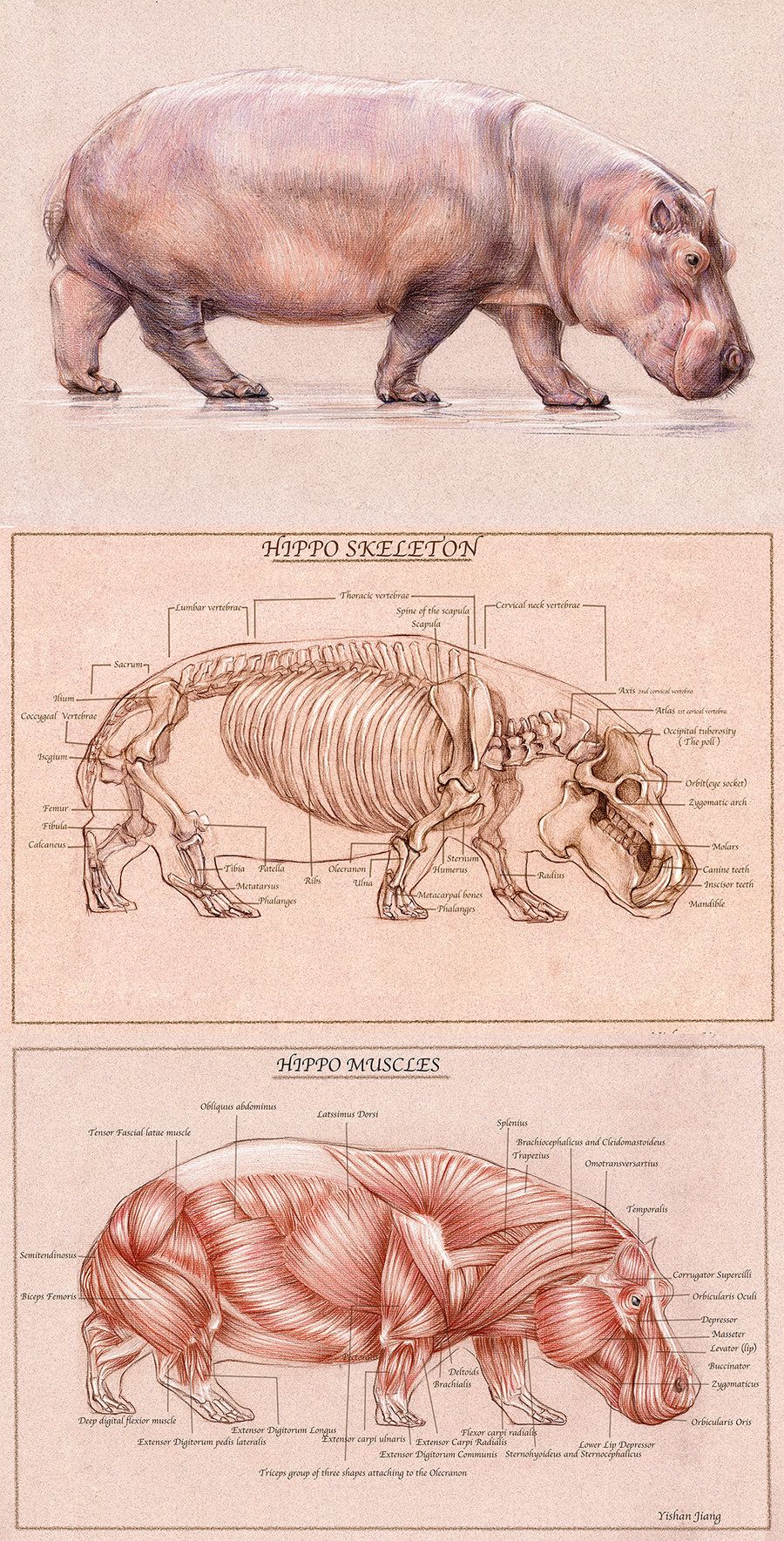 In this image you can see it

This image made by YishanJiang can show fairly well how the spine and ribcage provide important connection points to the limb and neck muscles. Now imagine we magically remove the entire ribcage and vertebrae and leave a single line of osteoderms on top and a hard bony structure like a spider sternum on the bottom. Now we have a hippo with a group of osteoderms, an exposed spinal cord and organs and an inability to property use its limbs. The only way this could properly work was if instead of a group of scales the animal had an actual exoskeleton-like structure in its abdomen that provided proper attachment points to the muscles, more similar to an armadillo's shell. 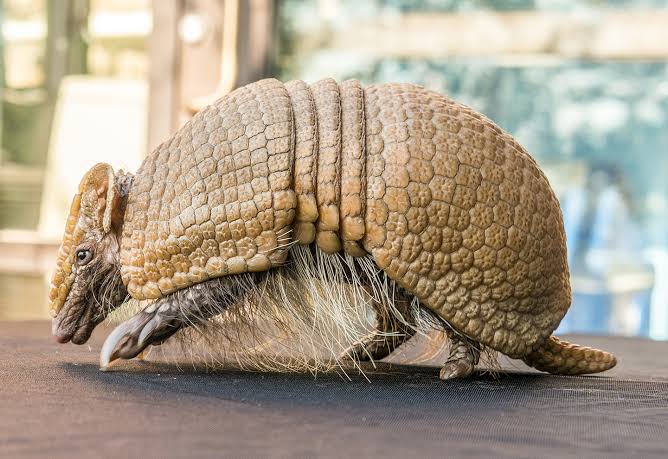 However, not only do armadillos all still have a spine and ribcage, other prehistoric armadillo-like creatures that were more similar in size to the hippo, like glyptodon, all had osteodrems arranged in a shell-like structure, and even then they still kept their spine, even if it had its servical vertebrae fused together to better support their carapace. Furthermore, like glyptodon also shows, a large carapace, even in the form of segmented plate-like structures, is usually very heavy and requires proper support (just look at glyptodons, their strategy clearly didn't involve running around or walking along the river bottom), and we can't really make these plates too light by removing material because they need to be capable of enduring the working of the muscles as the new places they'll attach to.

So is it possible for it to exist? Arthropods show use its not impossible to survive with as exoskeleton providing support. Is it likely to evolve? Most likely not. Turtles transformed their sternum and spine into a shell they could use as a defense, while mammals and that one eccentric crocodilian relied on osteoderms to have a shell-like structure for protection, with zero instances of an armored animal simply ditching its spine and ribcage to rely on the shell for support (and for good reason, since the shell itself requires the animal to be able to support it due to its weight). Hippos not only don't need any osteoderm armor since their natural anatomy and fat deposits make them pretty tough animals that can potentially shrug off being attacked by a pack of lions by default, having a shell like structure for protection and structural support would probably only weight them down and make them less capable of what they do, and having a set of loosely connected scales sounds even worse as a place for them to anchor their muscles to.

Not the answer you're looking for? Browse other questions tagged creature-design fantasy-races mythical-creatures anatomy skeletons or ask your own question.

12
Helmet for a humanoid lizard
4
Could this organism be viable?
2
Scapula placement of flying hexapedal primates?
5
Can the dunkleosteus jaw model work on a land predator?
4
Increased flexibility for dragons?
3
Teeth that grow proportionately to your size
6
Why would these creatures have an orthograde posture?
5
Could an animal have an iris that changes its opacity?