Does a ship traveling faster than c0 (speed of light in a vacuum) emit Cherenkov radiation?

A Space Whale has been traveling from point A (let it be Sirius) to point B (let it be Vega) faster than light (FTL). Did it emit Cherenkov radiation while traveling?

Cherenkov radiation is radiation emitted when some particles travel faster than the speed of light of the medium in which they travel. It can be seen sometimes at submerged nuclear reactors and has a beautiful blue color. 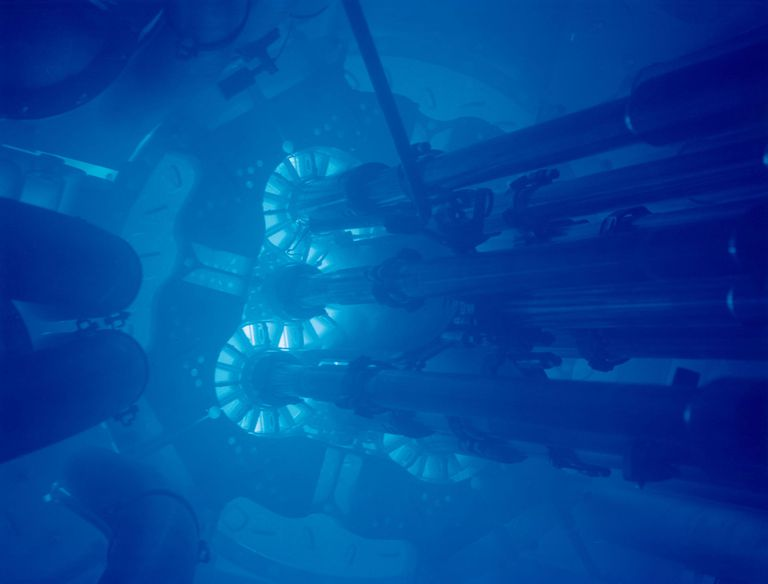 If it has a net electric charge, then yes. If a charge source is moving faster than changes in the field can propagate, you get shockwaves--which in the case of the electromagnetic field, manifest as Cherenkov radiation.

This is why charged tachyons can't exist (at least, not in the modern universe); if they did, they would constantly accelerate while emitting photons, making the vacuum unstable.

Nope. Vacuum is not a polarizable medium because nothing is there.

Cherenkov radiation results when a charged particle, most commonly an electron, travels through a dielectric (can be polarized electrically) medium with a speed greater than light's speed in that medium... When any charged particle passes through a medium, the particles of the medium will polarize around it in response. The charged particle excites the molecules in the polarizable medium and on returning to their ground state, the molecules re-emit the energy given to them to achieve excitation as photons.

With no molecules of medium to excite there is nothing to re-emit the energy.

Not the answer you're looking for? Browse other questions tagged internal-consistency space-travel faster-than-light radiation .

67
Are there any ways to allow some form of FTL travel without allowing time travel?
5
How would two generational ships traveling at point eight cee communicate with each other?
33
Does my Fast-as-Light travel method run afoul of causality or relativity?
4
Are there any issues with this FTL drive concept?
2
What kind of faster-than-light travel is this and is it at least plausible?
3
Can cherenkov effect be used for telling how fast FTL spaceship moves?
6
Exploiting Time Travel FTL Mechanics to Create FTL Without Time Travel