The setting is as follows: a 3-Dimensional-Space(3-DS) character/Spaceship has entered the 4-DS and has encountered a planet (from far away).

Now he wants to orbit around it, but the planet is a 4-DS planet, so either our character can't see 1 dimension or he can see it all well, but he can't make any sense of what he's seeing.

Imagine you are a 2-DS character and know how a circle looks like (from the side) but suddenly you enter 3-DS and you encounter things like a sphere, a cylinder, a cone or a donut/toroid and he can't make any sense of them. And that's only taking into account regular spheres. Imagine encountering a radiator or a pile of rubble.

For that he would need a flight computer to tell him an approximation of what he's seeing. The same for our 3-DS character.

Now for the problem at hand. Could the 3-DS pilot orbit and maneuver around a 4-DS planet with his spaceship?

Your character won't be able to orbit around the planet, not because of their inaptitude, but because of physics 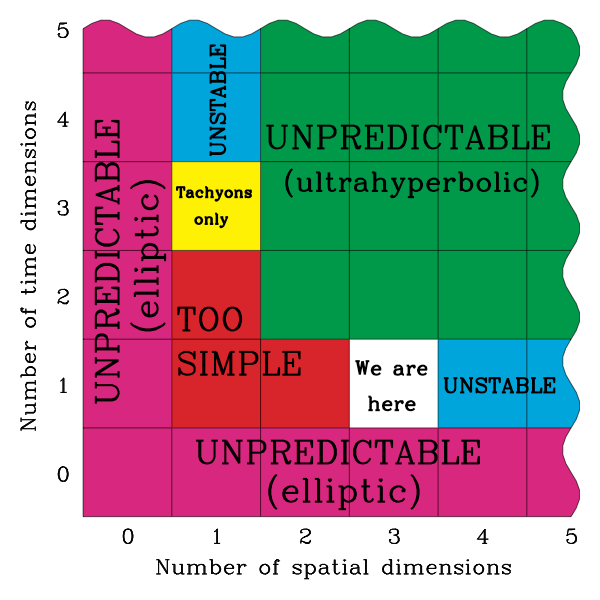 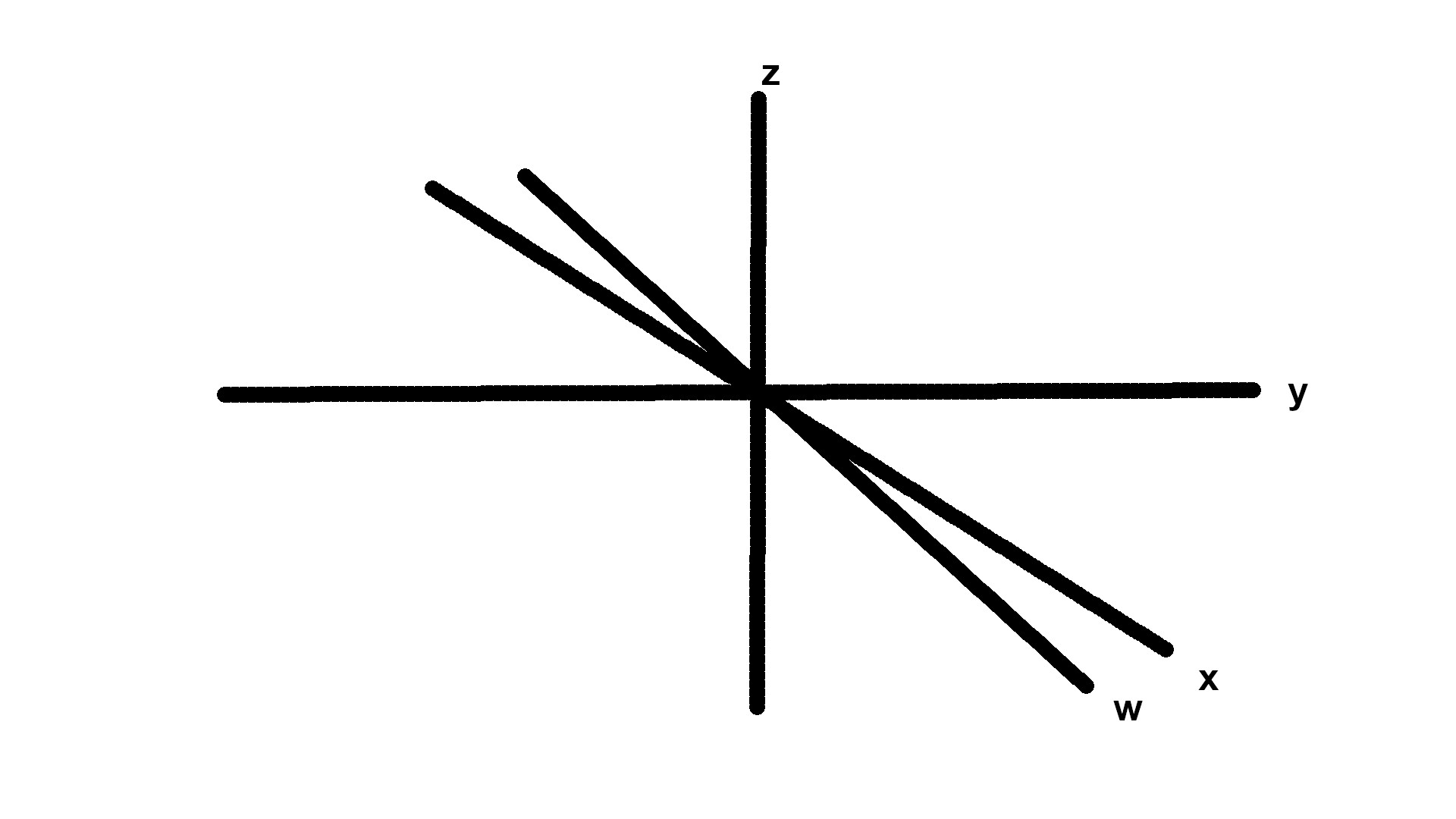 If your curious, the above graph shows you the familiar coordinate axes, with a fourth spatial dimension added as "w", "x", "y", and "z". As you can see, it's typically impossible to see all four dimensions at the same time, because they just crowd one another out. As to smooth transitions to and from 3D to 4D space, I imagine compactified dimensions exist, and one of those compactified spatial dimensions "opens up" as you get closer to the body.

If your pilot knows that the 4D space is out there, then, it is possible for the pilot to use an appriately equipped simulator to train and build up experience flying in 4D. Another problem your pilot will have is that the controls for your spacecraft probably only provide control in the 3 familiar dimensions. It's possible to navigate safely in 4D by using a combination of 3D maneuvers to get to the same 4D attitude. That's the kind of thing that will require foresight, planning, and practice.

Let's reconsider this just for 4D :

For a 4D universe then, the force of gravity is re-formulated as $F = {GMm \over r^3}$, where you can drop off the mass of the orbiting item m as trivially small and get the easier $F = {GM \over r^3}$

An orbit is where centripetal forces ${mv^2 \over r}$ match the force of gravity ${GM \over r^3}$, so that you neither fall or rise.

These two numbers (stable orbit and escape velocity) are also very close to one another, and as "r" increases drive closer and closer to being the same number.

I think, then, that it doesn't really matter what the "orbit" is. You are probably following the trajectory of the 4D planet wherever it goes. It's gravitational effect on your ship is trivial.

Your 2D example is actually perfect. Imagine this 2D character is seeing a pillar, a ball and a pencil. The moment the character starts moving through the 3D space, it'll still perceive 2D. That means some things will seem the same, or slightly different, while at other times they disappear or other things appear. The same is likely true for 3D to 4D space. There is a game in development that makes use of this concept, called Miegakure. It's quite interesting to see the landscape change based on this 4th dimension you move in.

The thing is, you can extrapolate this to a bigger scale. Imagine a 2D character in a spaceship that suddenly gets into 3D space. The spaceship will orbit if it'll have the right speed and direction. The human will probably not be able to understand, or understand enough and navigate this space. A computer however doesn't have these problem. It works with the parameters given. That is why computers can calculate with many more dimensions, as long as the parameters are given/calculated.

There are many assumptions here, like that it is actually possible to move in the new dimension. It might be that the ship can't navigate in the new dimension, being locked to the forces of nature. Like an airplane finding itself suddenly in space. However, it might be able to by chance or preparation, like a 2D thing suddenly in 3D space having surface area to move into wind and alter it's path.

The thing is, we don't know or understand how your 4D space works. That means no one can make a true prediction, except that in theory it isn't possible, as in L.Dutch his answer.

Not the answer you're looking for? Browse other questions tagged space space-travel spaceships spacetime-dimensions or ask your own question.

12
Safety when entering a spherical or one-way portal

8
Travelling through space around Worlds inside Nebulas
6
Can a human fighter pilot fully grasp 3 dimensional frictionless movement in space?
2
How can I confine (e.g. in level design) the actors in outer space?
2
Can a fifth dimensional being experience serendipitous moment?
15
Flight paths in orbit around Ceres?
9
Asteroid thicket dogfight in Saturns rings
5
Decent present or near future propulsion system for moving around in orbit or changing orbits