how would a semi-permanent colony orbiting Jupiter protect itself from radiation?

It seems like the Jupiter system is especially attractive in terms of natural resources, and while I assume the majority of any extraction labor will be performed by machines, I also figure there will be a skeleton crew of human overseers on-site, and it's not hard to imagine that footprint eventually growing into some small orbiting colonies. (I figure the colonies stay in orbit as long as possible, because when you climb down into a gravity well, you're making a real commitment.)

It's also my understanding that Jupiter has a wicked magnetic field that's filled with all kinds of powerful radiation.

I have a cluster of questions related to how that radiation would be managed by humans in that area:

Assume realistic technology in the near future, perhaps around the year 2100. Also, here I'm asking about Jupiter, but I think the radiation problem would be normal around gas giants, so feel free to tackle it from a general context if you want.

The wavelengths used by communications are not the ones in which the larger portion of the radiation in Jupiter's are emitting. What's more is that even with a background noise, as long as you can create an amplitude change in a very specific wavelength, you can still communicate, so that shouldn't be to big of a problem. For details you can research the communications equipment of NASA's Juno mission.

As far as radiation for people goes, the best location in the system is Ganymede. Ganymede has it's own magnetic field, giving it a surface radiation of about 50 to 80 msV about a tenth of Europa's 540 msV. Despite this additional protection would still be needed, since that is still enough to kill given sufficient time (two months?) but this would be relatively easy, considering that's around on par with the moon. Mounds of dirt will go far for this purpose.

For spaceships or free floating colonies you'd probably want something lighter. The best bet here is liquid hydrogen. Because of it's relatively dense concentration and being almost incapable of becoming a source of radiation itself, it's an ideal radiation shield. NASA are actually considering it: https://www.techbriefs.com/component/content/article/tb/pub/techbriefs/manufacturing-prototyping/26330

Obtaining hydrogen is best done by electrolyzing water from Europa, since getting into the Jovian atmosphere and back out will take crazy amounts of thrust.

P.S. Metallic hydrogen might work too, but that's not real quite yet.

Europa has 2 advantages for a Jovian endeavor.

1: Europa has a magnetic field. 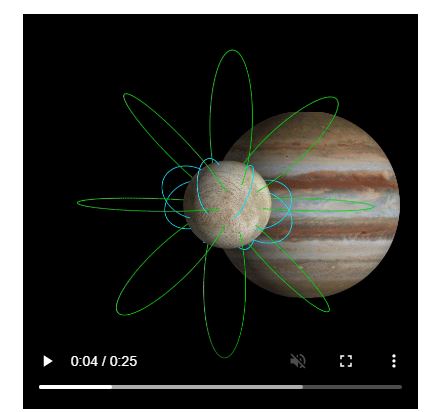 You could build on the surface. Or if you are keen to stay in orbit, orbit Europa. The magnetic field will extend out from the surface a ways. Choose a low orbit to stay under the umbrella. if you let stuff hang out of the field, particles might get you. 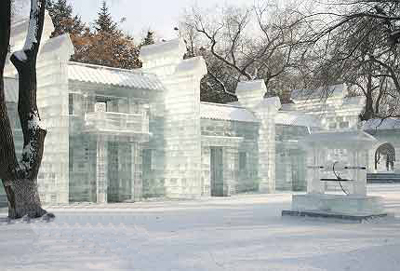 This one would be easier down on the surface. Europa's surface is ice. It will be easy to build with! Your colonists can live in thick buildings cut from the Europan ice. Ice offers good protection against radiation. Plus for your fiction you will have more interesting architectural options than the typical Expanse / Outland sort of thing.

You could create a mini magnetosphere around your station. A magnetic field strong enough to divert the highly energized, charged particles away from the station. Just like the earth does for us.

Safe to say this would probably require a massive amount of energy to sustain. Could go with a nuclear reactor. Depending on how much you can automate the reactor this far in the future I figure it would still take a medium to large staff of technicians, engineers, operators, and managers to maintain. I could see this at least doubling your 50 per station number, if it doesn't make your reactor staff the overwhelming demographic on the station. This Quora post says the typical U.S. reactor employs around 700 people. I could see this being greatly reduced and automated in the future but it could still be a much higher number than 50. Additionally, I couldn't say if that 700 person reactor would be way overkill or underkill for this use. Possibly you could do with a smaller reactor with more automation and far less workers.

I would predict that to go this route would still take a number of additional workers that would warrant or even necessitate making your station staff as a whole bigger to even justify the operation.

Radiation is everywhere, not only around Jupiter. We only start caring about if if the energy levels get too high. There is electro magnetic radiation that is very energy intensive per photon (UV, X-ray and Gamma) the issue here is that, unlike with longer wavelength light, the photons don't just move or exite electrons, but can push them away from the atom or might even be able to punch protons from the nucleus. This kind of radiation ist best delt with with sheelding materials that have huge nuclei and a high density. Think the lead you use when you get an x-ray.

Normal electromagnetic radiation can be dangerous if the intensity gets too high. One can fry an egg on a fighter aircrafts radar. As long as you don't get too close, you'll be fine.

What you care about in the Jovian system is particle radiation. These are particles (electrons, protons, nuclei or heavy ions) that move at a high velocity. This is pretty much equivalent to atomic scale bullets. The way you shield yourself against these is by using materials, which contain a lit of hydrogen. The particles will get slowed down in these materials (water and plastics are great). Be careful however, as this creates bremsstrahlung (literally breaking radiation), so you want a metallic ray shield below the particle shield.

Interestingly a magnetic field can also help against particle radiation, as it deflects the particles away. As long as the particles are charged anyway. Neutron radiation, which is produced by fission and fusion plants, goes through any magnetic field and, depending on its velocity, might make whatever it hits radioactive in turn, pass straight through or punch holes into the atomic structures.

The general takeaway is that while special shielding is great, any large amount of matter you and a radiation source is great. Think the atmosphere of Earth. It shields us against the dangerous UV light the sun emmites.

Also, the link up top is to Atomic Rockets exelent writeup on the matter. Now, onwards to your question.

It is a common misconception that the Jovian magnetosphere is representative of gas giant magnetospheres. It isn't. The issue at hand is the innermost moon Io, which spews charged particles from its hundreds of vulcanos. These make the Jupeters orbit especially rough. Not that the other gas giants are harmless radiation wise, but Jupiter is the worst.

If you truely want to settle the system, you're most likely going to clear out the radiation in the long term. This has already been investigated for Earths magnetosphere. It isn't that complicated, it just takes long tethers, which use electric fields to capture the charged particles. Energy is practically free around Jupiter, as you can just tap the magnetosphere with long cables, which move with your stations.

In the short term, you'll most likely use radiation shelters inside water tanks for your ships. If you use certain engines, like minimag-orion drives or anything else that uses massive magnetic fields, these could double as radiation shields. Or vou builed anti-radiation magnetic cages around the spacecrafts. Be careful that the magnetic fields don't become dangerous for people.

As for bases, if you go down to any of the major moons you should just burry or melt yourself down. Under tens of meters of ice or rock (in case of Io) you don't care how much radiation is on the surface. Additionally it is quite likely that we will heve quite decent medication against radiation damage. Damage to DNA is quite important when it comes to longjevity research and this is likely to become a huge area of interest in the next decades.

I'd guess that you'd want resource bases on each of the major moons. The center of the system is in my opinion going to be Callisto, as you can work on its surface and it is likely to have decent mineral wealth.

Orbital bases can also be build into the many irregular moons of Jupiter. These are mostly captured asteroids and comets. You can just hollow them out and build spinning space stations in them. This will be the preferred solution if it turns out that humans don't only have poor health in zero gravity, but also in low gravity (we just don't know yet, zero gee is very from any gravity at all). Additionally you got materials, no gravity which could interfere with construction or manufacturing and a great spaceport.

Not the answer you're looking for? Browse other questions tagged hard-science space-colonization space-constructs radiation gas-giants or ask your own question.

6
Where would water come from in an underground colony?
12
Fusion candle - getting Earth to Jupiter
4
How much would it cost to build an orbiting "Princess"?
3
Could natural armor plating protect a creature from radiation?
4
How far would reflected light penetrate into the interior of a McKendree cylinder from windows at each end
25
How would a lunar colony defend itself against aggression from Earth?
74
How would primitive peoples detect radiation?
21
How would a Mars colony living in a giant dome protect against rapid decompression?
6
How would a civilization protect a Dyson swarm from solar flares and coronal mass ejections?