A inter galactic civilization is at war with a less advanced civilization, but one with a highly unusual number of super individual. Not only was the invasion of their system unsuccessful, but soon after an infiltration unit managed to steal several ships and FTL technology. The galactic civilization is now reorganizing its security to prevent a second breach based on the last successful breach: they know they have to defend against 3 types of super-powered infiltrators.

What measure could an advanced civilization take to prevent more infiltrations?

technology super-powers
Share
Improve this question
edited May 15 at 15:50

It looks like your security forces need to implement some basic Master/Stranger protocols which are designed to prevent security breaches from exactly these sorts of infiltrators. It should be noted however, that no individual security measure solves all your problems. Any proper security system involves multiple redundeant layered defenses to provide different levels of "trust".

Here are some suggestions: 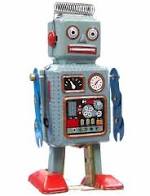 If you robots are all the sexy type and are occupied making liquor ads, you could use trained dogs for #2 and #3 as well. Dogs will sniff out the truth. Psychics can mess with dogs a little bit which could be good for your story. Best would be a team of 2 types of your supers working together to get past dogs and robots.

But not cyborg dogs!

Not the answer you're looking for? Browse other questions tagged technology super-powers or ask your own question.

9
Super human physics: Iceman blocking bullets
3
Why would civilization remain recognizable despite super people regularly destroying and rebuilding it?
5
Controlling super human prisoners with jobs (slaves)
24
How does a super-power salesman not get shut down for legal reasons?
1
Super-strong genetically modified super-soldier?