Energetics in a reducing atmosphere

I am working on a speculative evolution project, which takes place in a reducing atmosphere consisting mainly of methane, nitrogen gas, hydrogen gas and carbon dioxide, along with liquid ammonia as the solvent. This is a pretty reducing atmosphere, thus i dont know what will organisms consume and create energy from. I have recieved couple suggestions like:

I have not rejected all of them, but i would like to receive some more ideas (and speculate upon them)!

What i am looking for is a fairly rough picture of how these creatures consume and get energy to run their bodies. Photosynthetic and heterotrophic suggestions are both fine. My requirements are as follows:

Follows something like (for photosynthesis as heterotrophy would just run the reverse, with different intermediaries)

i.e: uses methane (and optionally, ammonia) and other stuff to create j number of Hydrogen molecules and a sugar analogue that could power the body by hydrogenating it (and release methane along with other compounds used). This sugar analogue would be needed to release fairly enough (at least 1/6th of energy released by earthlings) energy to power organisms. This sugar analogue should be able to be utilised as a solid

You propose acetylene as a glucose substitute. That has been mooted elsewhere on this stack. Yes yes, well and good.

But what about cyanide?

Cyanides exist on Titan and presumably other planets with reducing atmospheres like yours, and like the early Earth. The formation of CN is endothermic.

and abiogenic cyanide is formed via sparks (lightning), ultraviolet radiation and the like.

On your world, biology harnesses energy sources and captures the energy as cyanide. Energy can then be released by hydrogenation of cyanide back to methane and ammonia.

Cyanide is not an intrinsically better energy storage molecule than acetylene. But cyanide is cooler, because nitrogen chemistry is the stuff of life. Vinyl cyanide can do some of the things phospholipids do for us.
And from another idea on this stack that captured my imagination - Augmenting melanins with Prussian blue? 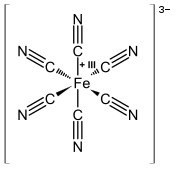 Thats, right. The sweet blue symmetry that is Prussian Blue. A cyanide based lifeform could store its cyanides as Prussian blue. But more than that - prussian blue composites with subsituted metals (nickel, cobalt) is electrochemically active. The chloroplast equivalent of your creatures is a blue organelle based on metal nucleated cyanide which transfers environmental electrochemical energy into chemical reactions.

Prussian blue, its analogues and their derived materials for electrochemical energy storage and conversion

You can use $H_2S$, as it is used by anaerobic bacteria on Earth

Hydrogen sulfide is a central participant in the sulfur cycle, the biogeochemical cycle of sulfur on Earth.

As organic matter decays under low-oxygen (or hypoxic) conditions (such as in swamps, eutrophic lakes or dead zones of oceans), sulfate-reducing bacteria will use the sulfates present in the water to oxidize the organic matter, producing hydrogen sulfide as waste. Some of the hydrogen sulfide will react with metal ions in the water to produce metal sulfides, which are not water-soluble. These metal sulfides, such as ferrous sulfide FeS, are often black or brown, leading to the dark color of sludge.

Several groups of bacteria can use hydrogen sulfide as fuel, oxidizing it to elemental sulfur or to sulfate by using dissolved oxygen, metal oxides (e.g., Fe oxyhydroxides and Mn oxides), or nitrate as electron acceptors.

Not the answer you're looking for? Browse other questions tagged science-based xenobiology chemistry energy biochemistry .

29
Hydrogenenic Photosynthesis: Strategies for animals
9
Plausibility/mechanisms for biogenic silica on a terrestrial planet with a reducing atmosphere
10
Ammonia planets
3
Is this planet's sulphur dioxide atmosphere feasible?
9
Carbon cycle in a sulphur-based biochemistry
11
Would A Biological "Cold Haber" Process Deplete an H2/N2 World of its H2 or N2?
8
Ecology with methanogenic respiration
8
Boron-based life
5
Where to begin when designing functioning alternative biochemistry for alien organisms in non-earthlike conditions?