Could a hippopotamus-like creature still run underwater if it was tall and slender like a horse?

Hippopotamuses are heavy, dense creatures that are capable of running underwater. However, they are quite bulky and short-legged. Could an animal have long, slim legs, like a horse or deer, while still retaining the underwater running capabilities of a hippopotamus? Some problems might be that the legs would be far heavier than terrestrial creatures, and that it would pose a greater falling risk if it were forced onto land, but on the other hand, it would give the advantage of letting it run quickly while all other creatures must swim, which is almost always slower

biology creature-design underwater
Share
Improve this question
asked May 3 at 20:13

Could they run underwater, if they are dense enough, yes

Will they be any faster than hippo, no.

the drag water produces means the length of the limbs becomes largely irrelevant to speed. you need a lot of muscle and leverage to push through water with any speed. Worse the limbs experience a lot of drag as well, so a long thin leg may actually end up moving slower.

Whether or not a creature can run on the riverbed or sea floor has far more to do with its density than its shape or size. Hippos are extremely dense. If your creature was equally dense, it should be able to run on the bottom like a hippo.

Did you know that orcas have a taste for moose?

I'll let you take some time to digest that morsel of information. And no, I am not making this up.

Now that I got your attention: moose can swim at 6 mph, which is about Michael Phelps's top speed underwater. The difference being that moose, despite never getting the gold in the Olympics[citation needed], can sustain that speed for much longer. That's much faster than my own fat ass jogging on land, and they swim with a kinda walking motion, so I count that as running underwater and running pretty fast.

Last but not least, moose are taller than horses, and arguably slender. 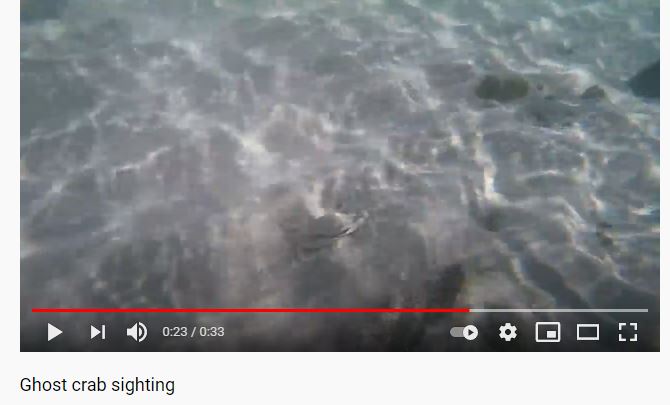 This animal has long slim legs like a crab. Ghost crabs are lightning fast on land. This one is making pretty good time, moving along the bottom underwater. I am sure it is helped by the fact that it does not have density-lowering air filled spaces inside as we landlubbers are obliged to have.
I think a hydrodynamic shape would help in this endeavor and especially a shape that at speed would push you against the bottom to retain traction - like a spoiler on a drag racer.

If anyone can find better video of crabs moving fast along the bottom link them up. Especially if you can find one with a spoiler.

Horses can already do it if their heads stick out

The following video shows a horse walking along the bottom and then swimming even faster when the water gets deeper. It wouldn't take much in the way of evolution for horses to develop higher density and to learn to hold their breath. 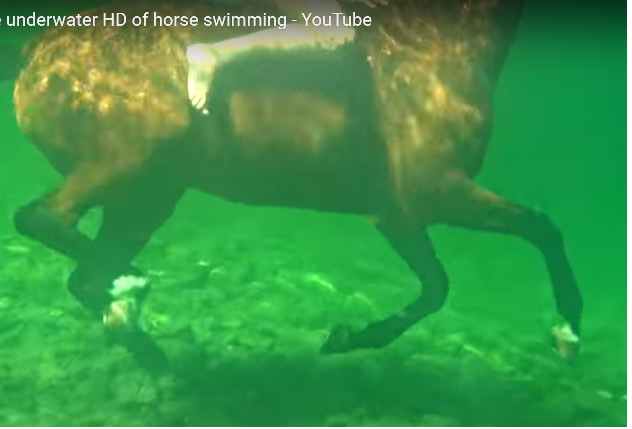 Not the answer you're looking for? Browse other questions tagged biology creature-design underwater or ask your own question.

38
An underwater creature that could take down a boat
11
Could a creature fly like a helicopter?
7
Would a humanoid creature with pointed legs/feet be able to stand, walk/run and maintain balance?
9
Could a horse-sized wolf-like animal out run a horse?
7
Could a creature like the brethren moons exist in reality?
8
Can a horse-sized flying creature grab and carry a human's weight while flying?
6
How could a non round land creature puff up like a balloon?
5
How a snail like creature works and retracts into its shell
5
Could a horse-like creature have human-like hands as its forefeet?
0
Figuring Out Monster Ecology