Does it ever make sense to create a lunar atmosphere?

As the lunar atmosphere would be very thin, very light atoms such as proton and alpha particle would penetrate but high energy ions from cosmic ray would be shielded because they would bounce off those silicon atoms? 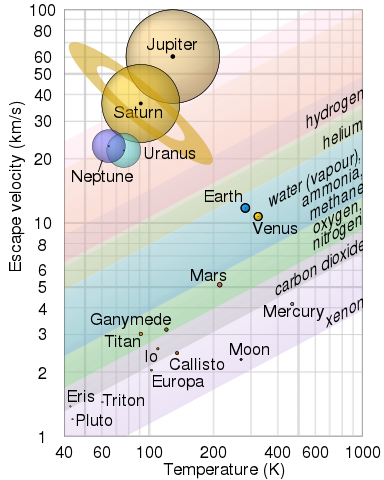 New question: How about a Krypton or Xenon atmosphere?

I think we can say that no, it doesn't make much sense from a human perspective.

Sodium and potassium are both extremely reactive when in their pure form, already as solid. Even worse, they react very energetically with water, releasing a lot of heat, to the point that a chip of sodium or potassium put in water float above a thin layer of water vapor and produces a lot sparkles.

Having an atmosphere of those two nasty atoms would make the requirements for the spacesuits even more severe, because they'd need to be resistant also to those aggressive atoms, which even worse would need to be at fairly high temperature to not condensate into a solid.

That said, an atmosphere makes sense if all the chain reactions happening from impact with cosmic rays and particles happen far away from the inhabited surface, so that most of the energy is dissipated where it doesn't hurt, which means that a too thin atmosphere could be even worse than no atmosphere, because it would act as a multiplier or the particles due to the above said impacts.

A sodium/potassium atmosphere would be terrible for supporting any form of life due to the reactions with water that L. Dutch mentioned. Your atmosphere would have to be devoid of water or risk producing a chain reaction.

Your post mentioned "mining for water" - better hope the uncovered water doesn't come into contact with sodium and potassium particles, because the water could quickly turn into uncovered disappointment coupled with a blast that knocks the miners off their feet.

The moon doesn't have a significant magnetic field compared to earth (see https://en.wikipedia.org/wiki/Magnetic_field_of_the_Moon). If you want to keep a maintainable atmosphere, you will need to install one.

Not the answer you're looking for? Browse other questions tagged atmosphere moons worldbuilding-process metals .

7
A universal formula to predict which gas can or cannot stay within bound of a natural satellite or planet?

4
Does it make sense to have a world with a very quickly orbiting moon?
1
Can you create a small atmosphere with giant walls?
3
How thick does an atmosphere have to be in order to make the sky "light up" during "daytime" human or near human ocular sensitivity?
6
Does my plot point centered around eclipses make sense?
7
Does this model of atmosphere sounds plausible enough?
1
Could a planetary disk create a shared atmosphere?
27
How can we make an alien atmosphere breathable, but uncomfortable?