How large could an oceangoing vessel be and still be able to move?

On some far-distant waterworld, the entire human race has been moved to vast city-ships that endlessly traverse the global ocean. Assuming an unlimited supply of fuel, how large could such a floating arcology possibly get while still being able to move itself, and what propulsion methods could it even use if it got to the size of an island?

Edit: So apparently so long as I can get the city to float, it can move under its own power, regardless of size. The planet in question is effectively an Earth clone, with stronger tidal forces (meaning a larger/closer moon) but no substantial difference in surface gravity or atmospheric pressure and composition. The ocean would have salinity roughly akin to that of Earth's oceans, and would thus be substantially shallower.

An arcology doesn't require to be physically linked objects. That means it can be a group or groups of ships, sometimes connected to each other. As each boat has their own propulsion, you're basically limited by the slowest in speed and turning, assuming no assistance is given. The size of free floating conglomerates of ships could be defined as limitless. You probably would hit some unexpected maximum at a certain point, like the propulsion would heat up the water significantly or individual transport between boats would become an impractical mess, but it would be at a huge size.

If you want it to be a connected whole it needs to have flexibility in mind. A piece of A4 paper is strong. A piece of paper identical to A4, except it covers a square kilometer would rip itself apart quite quickly with a stray wind. The larger the size, the higher relative stresses become. A more nautical example are boats themselves. When moored at a marina or against other boats there are no rigid fixings. The boats are allowed to move up, down and a bit sideways/font/back. Otherwise incremental damages would break the ship, and rigid supports would easily break.

On the ocean you'll have waves and wind aplenty, making it imperative to have flexible supports. These flexible supports would make each boat basically independent of the rest, but maximise the range they can float off. It is likely you can still make some transportation on these flexible supports (ziplines as an example). It would still be a good idea to be able to unfasten the ships from each other.

You would end up with a lot of boats. Again, with each of the boats having propulsion moving shouldn't be a problem. Turning however is mostly determined by the speed of the ships on the outside. They have to move much faster than boats in the middle, so turning ratio's are reduced. It would be more logical that the boats don't have a direction they would face and the propulsion would pick a different direction, or that each boat individually can turn on the spot. That way not the whole flotilla has to turn for a new direction. 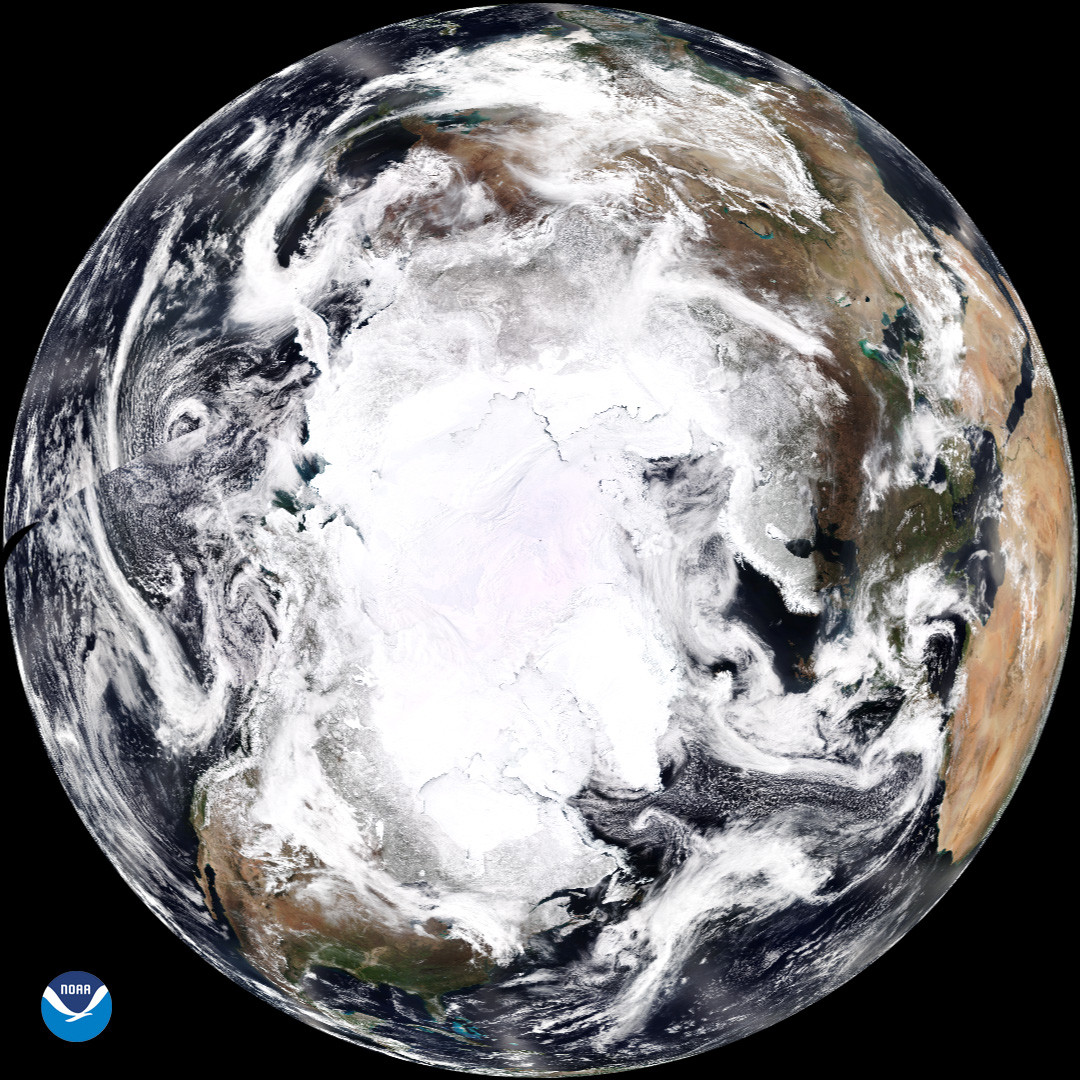 Let's look at the largest floating objects in the real world for inspiration. Googling "largest floating object" turns up links to the Prelude FLNG. Yawn. Think BIGGER! Santa Clause operates an entire city on the North Pole (technically the arctic ice cap). That's a lot of land area for him to manufacture the world's toys. According to NOAA, "Unlike Antarctica, there’s no land at the North Pole. Instead it’s all ice that’s floating on top of the Arctic Ocean." So if you had the technology and if your world has a large enough ocean, you could build a ship of a similar size (5.5 million square miles).

If you want something that's easier for the captain to maneuver in your world's rough seas, you could model the size of your ship on Iceberg B-15 (shown below), which was much more mobile than the North Pole. Even though it's a lot smaller than the North Pole, you'd still have room for a city on the smaller ship. B-15 was about 4,000 square miles, compared the Manhattan, which packs 1.6 million people into 23 square miles. 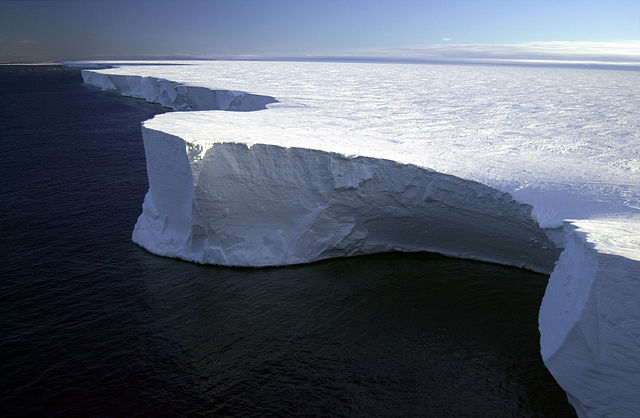 Not the answer you're looking for? Browse other questions tagged cities ships shipbuilding macroengineering or ask your own question.

6
How would cities be built on large ruins?
4
How can my large, urban trophy float?
4
How powerful does a spaceship need to be to move a planet out of orbit?
12
How could an outrigger or catamaran ship be modified for age of sail naval combat?
6
How long could a modern oil tanker last without maintenance?
11
How could a medieval fortress manage large groups of migrants and travelers?
5
Could a large enough fleet generate tsunamis while moving from a place to another?
5
How large could you theoretically build a freestanding hall?