Would less gravity allow for larger flying creatures (like dragons)

From my superficial understanding of physics, it seems that large flying creatures like your typical Western dragon wouldn't be possible on Earth, specifically because they would always be too heavy.

Because of the square-cube law and how muscles work (again, superficial knowledge), adding more muscle and bone to a creature increases its weight more than it increases its strength. Smaller creatures have plenty of strength compared to their weight, but as you get bigger, that ratio starts to shrink. A creature can optimize its weight, but eventually there would seem to be a threshold where the amount of strength required matches the amount supplied by muscle and bone, and anything bigger would be unable to move or would collapse under its own weight.

My thought is that reducing the gravity of the planet being considered would reduce the weight per unit of muscle/bone, but it wouldn't reduce the strength per unit. Thus it should push the threshold higher.

First off: does the above make sense? If so, starting from an Earth-like planet as a model, would changing the gravity alone be a viable solution to creating a world with dragon-like flying creatures? Or would the amount of change required be so great as to create other problems or significant differences from Earth?

Keep in mind that the creatures, in addition to carrying their own weight, would also have to carry the weight of their food, as well as some amount of cargo or passenger weight (maybe on the order of 1 to 3 humans, who themselves would weigh less due to this scenario).

Yes, under the assumption that atmospheric density is kept the same, or increased. Planets with thicker atmospheres and weaker gravity than Earth will harbour more living things capable of flight, as these conditions make it so it takes less force for an flying creature to stay airborne. The largest animal capable of flight known to science was the Quetzalcoatlus, with a wingspan of 10 m and a mass of 200 kg, at lowermost estimates. It could carry about 50 extra kg. Let’s set the goal of the mass to be carried at 250 kg. It will require 5 times less gravity or 5 times more atmospheric density, or half gravity and 2.5 times denser atmosphere. And, the building materials of the body won’t be affected in terms of strength by gravity, so that could exist.

Of course, I’m using a real animal to model your fictional scenario, but that should help.

Even humans can fly in zero gravity. 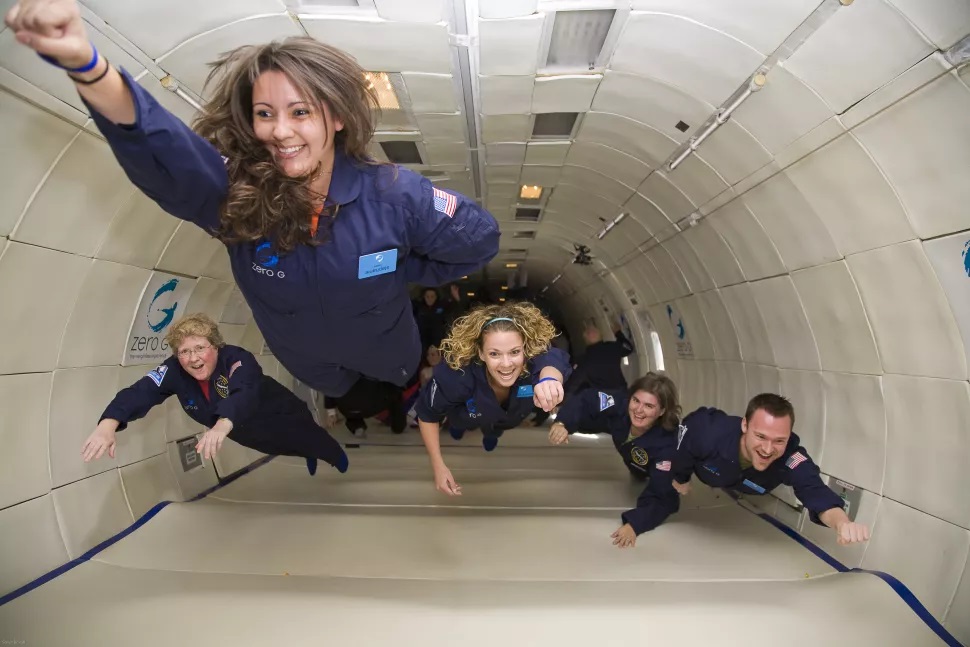 In water, many humans are largely suspended via buoyancy and with a life vest are completely suspended, with the only issue then being propulsion.

In a low gravity situation suspension of the body in the medium becomes easier and so larger (denser) fliers become possible.

The issue is how a low gravity world retain an atmosphere dense enough to fly around in and does not have the gas molecules fly off into space. A separate issue! Maybe L.Dutch will post that gas escape / temperature / gravity graph. It has been a while.

Not the answer you're looking for? Browse other questions tagged science-based reality-check biology gravity dragons .

5
What would a world with uneven gravity look like?
19
Could this Very Specific Dragon Fly?
8
Adaptations of a Very Specific Dragon to this Combination of Large Size and Flight
37
Plausibility of Floating Whales
4
Would an anti-gravity organ allow kaiju to avoid cube-square problems?
5
Would a life-bearing Earth-like world with 3g average gravity produce more or fewer flying creatures than Earth?
4
Increased flexibility for dragons?
13
What biomaterials with higher compressive strength than bone can I use to make big but proportionate humanoids?