I've read different accounts of the largest bear ever shot, the size of polar bears before climate change, and the extinct variations of cave bear and the short face bear. They all top out near 3m in height and around a metric ton.

What environmental factors would need to stay consistent and what morphological changes would take place for a bear species to grow large enough to prey on mega-fauna like the woolly mammoth? Or are they already at the size limit for carnivorous mammals?

For example, when polar bears split from grizzly bears to live in the Arctic, their fur, skin, paws, limb ratio, head shape and diet changed to adapt to live on and around ice flows and glaciers. Increased size also helped with thermoregulation on land and in the water, as well as when competing for a mate. 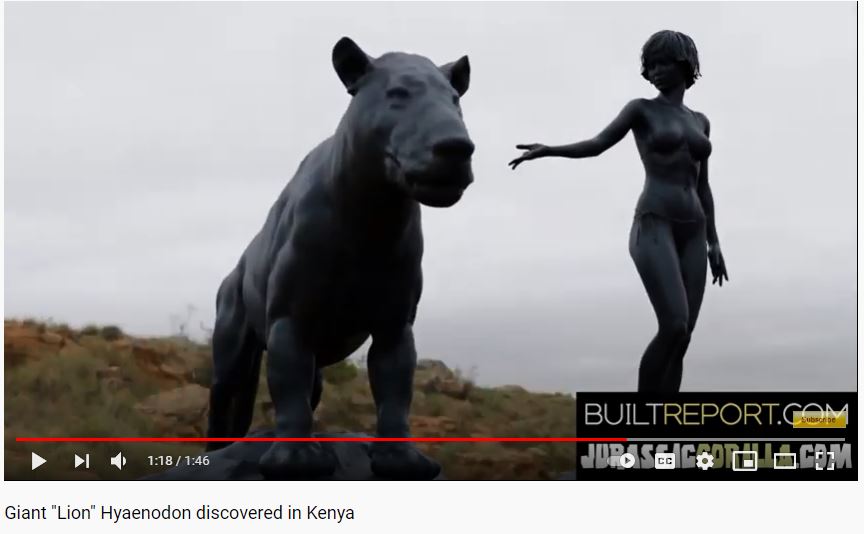 African lions weigh up to 550 pounds or 250 kilograms. The largest land carnivore living today on average is the polar bear. The average weight of a mature polar bear male is between 900 and 1,500 pounds. The heaviest recorded polar bear was 2,200 pounds. Simbakubwa kutokaafrika was the same length as a polar bear, 8 feet from snout to rump but outweighed the largest polar bear ever by weighing 3,300 pounds, over a thousand pounds bigger than the biggest polar bear ever recorded.

That also puts it larger than the short faced bears. This creature was a hyaenodon from the Miocene; technically a time before order Carnivora existed. But it had what seems to me a basic carnivoran body plan. So here you go - a carnivore 1000 pounds heavier than the big bears.

Why so big? Not thermoregulation polar bear style - these things would really have struggled to stay cool at this size in a warm climate. My guess is that large size means large physiologic reserves and the ability to capitalize on briefly and intermittently available windfalls of meat - dead megafauna. It does not have to bring down prey. It just needs to scare off competition. When Simbakubwa shows up, lesser predators and scavengers vacate the premises. When a really big animal dies or is killed, the giant hyaenadon can eat the whole thing themselves. My guess also is that hyaenadons were not social in the manner of modern carnivores who do the same thing, but spread the body mass over multiple related individuals.

A funny thing about this image - I thought it was a real statue at the Nairobi national museum. I was surprised they would have depicted the animal's human companion so lovingly. Anders on his channel states it is a 3d render. No artist is credited so maybe Anders himself? A very Frazetta feel about these two.

Not the answer you're looking for? Browse other questions tagged science-based biology creature-design evolution or ask your own question.

17
How to make a bear resistant to Medieval weaponry?
24
Biggest possible battleship that can be built?
4
What is the biggest cartridge caliber that can be fired while standing?
6
How realistic is the Swampus?
6
What's the largest a canine could realistically get?