A planet with flying witches on broomsticks - or are they?

NOTE My question is different from this previous one. What could be the physics behind witches flying on broomsticks?

On arriving at a far-off planet, space explorers see what appear to be witches flying around on brooms. These seem to be of the traditional type as shown in the picture. However they are not human, but some kind of local phenomenon. The silhouette looks like a witch by pure coincidence. 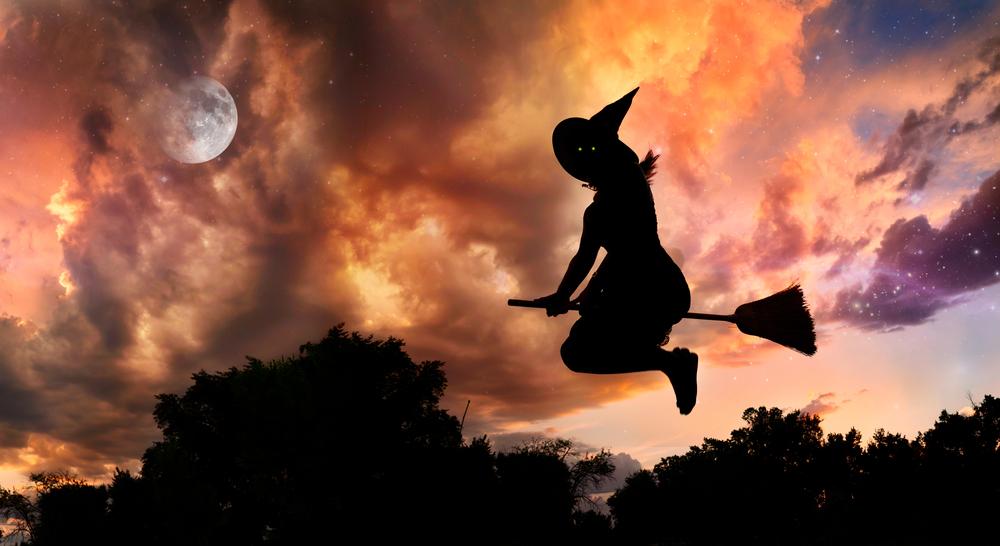 Without using magic and on a roughly Earth-like planet, that has never seen humans before, what could these things be and how can they fly? I'm assuming that what look like arms, legs and hat are not actually that but some other types of appendage. For some reason they only fly at night.

Any scientific explanation is acceptable. No magic is allowed. A rough sketch of the actual anatomy or mechanism of these things would be greatly appreciated.

Depends on where the space explorers are viewing these extra-terrestrial witches.

The one I can think of is that they are shadows somehow created by light reflected upwards from below somewhere with geographic features that just so happens to look like witches IF our space-faring heroes were viewing it from space. "No magic" means that the light was reflected from ice, a wide-surface area covered by glass, or even the sea.

The only science I'm working with on this is that ice can reflect sunlight.

Not the answer you're looking for? Browse other questions tagged science-based space-travel earth-like or ask your own question.

7
What could be the physics behind witches flying on broomsticks?

14
How would knights train in a world with rideable dragons?
24
You're superstrong but you still weigh the same. What happens when you hit things?
8
How humanly survivable is my world?
25
What are the ley lines this nomadic people uses to follow the same path year after year?
27
How should fledgling planet colonies deal with supply crews suffering from barophobia (fear of gravity)?
18
Metal-Feathered Macaw Viability Part 1: How Can It Fly?
2
Establishing an empire in a world with flying ships
10
Could the Breakthrough Starshot probes be detected in their taget system by modern or near-future technology?
5
Applying this kind of physical magic to walk on air
4
How Would a Six-Winged Angel Fly?