How long can a humanoid's arms be before it can't throw things?

I'm making a creature that is mostly bipedal but can run on four legs if it needs to. It's not nearly as good at running as a true quadruped but it's better than a human. To do this, I've elongated its arms, but how long can they be before it can't throw things like a human?

Let us use an orangutan as a model of a long armed primate. Their arms reach down past their knees. 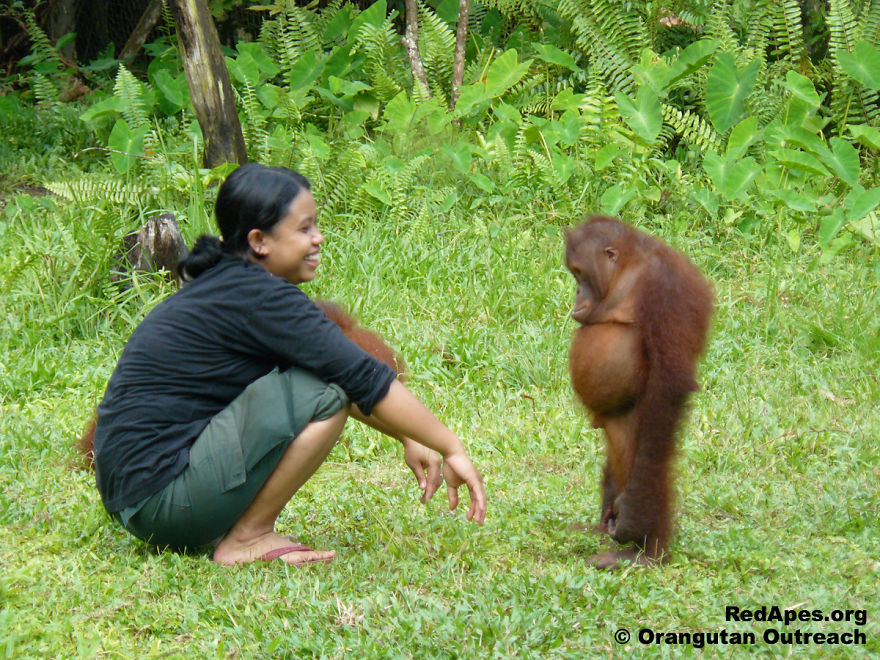 I have seen videos of orangutans throwing rocks. This one throws overhand but it is not a gentle toss - he puts some heat on the rock and he nails the guy. I think this orangutan has had practice. 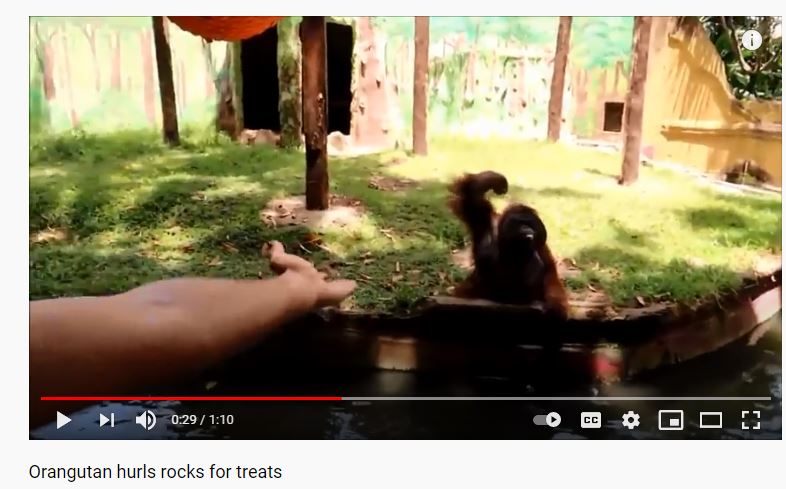 I suspect that a baseball style fastball might be too much for an orangutan. Surprisingly to me, shorter armed pitchers throw faster balls. But a rock thrown like this orangutan did in the video would be enough to take down a bird.

I cannot imagine your beasts have arms longer than orangutans. I think this overhand throw technique (which humans also use) would work for any arm length.

In humans longer arms (or longer arms spans) are correlated with better throwing ability Link (this contradicts an article from Scientific American though, so not sure) . The only reasonable constraint i can come up with is that that shoulder to elbow distance should exceed the shoulder to ground distance to prevent the elbow ramming in to the ground. However longer skeletal throwing mechanism also need to be powered by muscles. I would base my design of such a creature on ape like creatures as they are surprisingly fast.

Not the answer you're looking for? Browse other questions tagged creature-design xenobiology anatomy humanoid .

8
Realism of Sub-humanity over half-humanity
13
Possibility of bipedal mostly-aquatic species?
7
Help me Explain this Alien's Traits
4
Could Centaurs Reload Muskets while Marching?
15
2 elbowed forelimbs: advantageous or detrimental?
3
Could a human sized creature with a skeletal structure similar to a gibbon's be bipedal?
9
How to design a humanoid with facultative quadrupedism?
9
Are there any major problems with my creature design?
2
How the limbs should be correctly positioned in the body of a "quadrupedal hexapod" humanoid?