Synthetic Daylight Cycle on a Structure too large for one Sun?

In this universe, an advanced race of aliens have constructed the largest object in the universe other than the universe itself, which is about 40,000,000 lightyears tall (don't worry about the massive amount of gravity this would have, it's reduced and managed through technological and magical means.). It is the shape of two 4-sided dice stuck to one another, with one of them being elongated by 2.5 times. It would look like a kite shape in a 2 dimensional perspective.

The surface has naturally developed landmasses, and the surface alone is enough to sustain most life forever, but that would require a daylight cycle, which is the problem. Due to the structure's non-spherical shape, you cannot make a ring of interconnected suns rotate around it. The light and heat energy must also come from the sky, not from heat lamps on the ground.

I have considered a sort of net of powerful heat lamps that encloses the structure, but that wouldn't work because it wouldn't allow ships to land and the maintenance would be a problem. I've also considered the aliens hiring others to operate massive "Space Trucks" that manually haul suns over areas at certain intervals, but that wouldn't work either because then it would only be a matter of time (no matter how many background checks you preform) until some lunatic steals a sun or crashes it into something important. 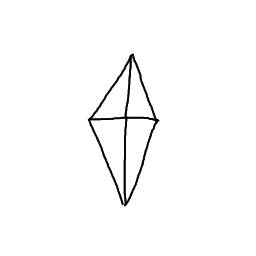 That's no star, that's an illusion

The plants get their energy magically at day-like intervals, which keeps them alive. The landscape and air is heated in day like intervals. However, the sun is an illusion only visible to people who have that illusion cast on them. It doesn't matter where you are on the thing. The sun appears to orbit like the whole thing is rotating. The thing looks like it orbits the star at the normal solar distance, but that distance is so great people don't realize that the sun appears to crash into the thing every day. The fake sun appears to be at the same angle relative to the thing, but applied to all people. This means that if two people on opposite corners of the same face of the structure look at the sun they will see it is the same angle in relation to the face of the thing they are standing on.

Now you effectively have a sun for the day night cycle but don't have to deal with anything complicated.

Let's work through a few of the basics of this situation:

You control the gravity. That means you get to say what an orbit looks like. Sometimes stars are attracted, and sometimes they're repelled. Double and septuple stars fly across the landscape at sedate-to-relativistic speeds, chasing after one another like Keystone Kops. If there is a mishap in the choreography, fine ... reverse gravity to disassemble the star, put it back together again with a dispersed core so it lives longer, 3D print a few galaxies' worth of toasted inhabitants, and try again.

Not the answer you're looking for? Browse other questions tagged science-fiction space climate or ask your own question.

17
How large would an orbiting structure have to be to be largely unexplored after 100 years?
3
Getting Day-Night Cycle and Seasons for my Dyson Outies
9
SciFi Author needs to sanity check for an idea for dynamic support of a structure
7
Would it be possible for a planet to temporarily block another planets daylight consistently so that the nights seem longer than the days?
9
How, and for how long, could a permanent storm be maintained on Earth by a stationary mega-structure?
4
Is it safe to have an earth-like temperature for a 48-hour day-night cycle on a big planet?
9
What sort of solar system / atmospheric conditions, if any, would allow for a very cold planet that still receives plenty of light from its sun?