A time ago I made a similar question which is this and some time after other similar which is this. So I can consider this new question an improvement or continuation of what I wanted to achieve with the previous ones.

First of all, ossicones are structures like "giraffe horns": cartilage ossified structures covered with skin and fur. 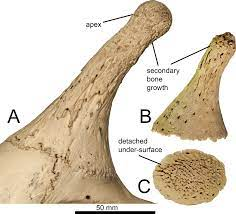 I found similarities with this Star Wars' Twi'lek drawing which tries to show the skull anatomy of this species. We can see that they are practically "head tentacles" or a trunk growing from the back of the head. I just thought, what would happen if instead of ossifying the structure the cartilage is kept and muscle grows over? 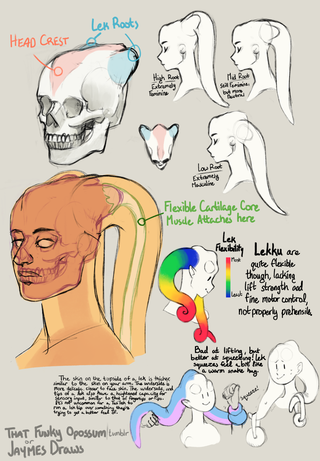 Then I thought what could happen bringing this farther not just with one or two "tentacles", adding much more "tentacles" to make possible the "muscular hair" 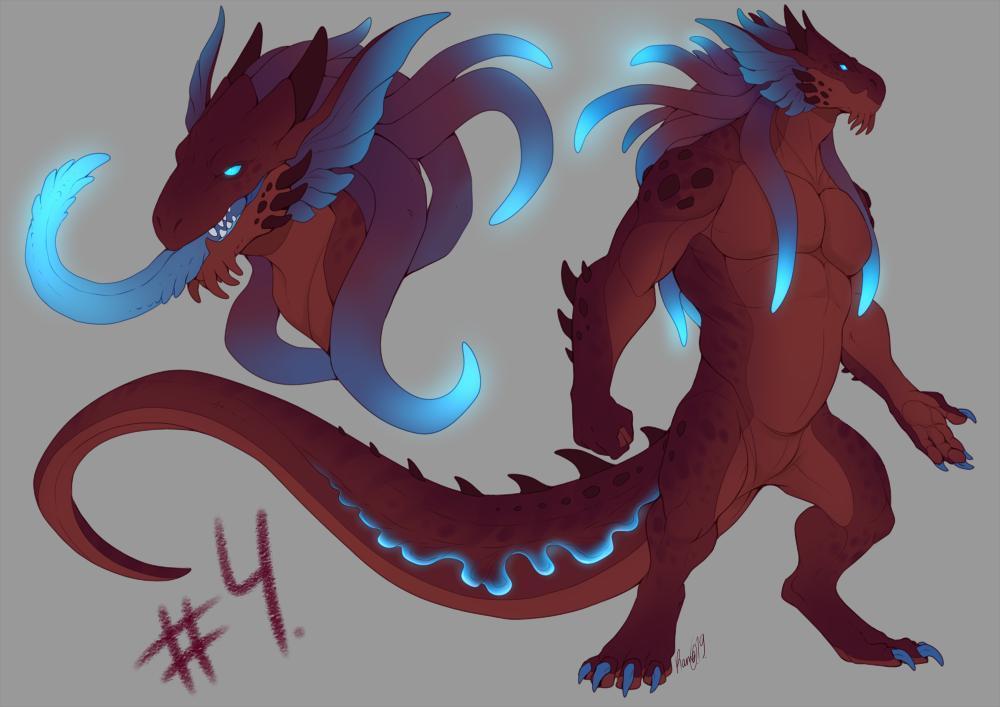 Currently I want to approach from an evolutionary perspective searching for a functional middle step from the ossicones to the "tentacles".

So here is my idea: a little species, probably an arboreal species which previously evolved ossicones as defensive and sexual selection feature. In some moment small muscular coatings are anchored to the bone surface generating a small lobe or bulb surrounding the cartilage; after a few million years the "tentacles" continue to lengthen (or otherwise multiply) since they would be a beneficial feature such as extra limbs, sensors and sex appeal.

However, in this process there is a lack of the functional middle step in which the first muscular outgrowths in the ossicones become true tentacles, because if these outgrowths are not useful, it is most likely that they will be lost on the path of evolution of these species with "tentacle hair".

Finally my principal questions and problems:

I Think I Hear You:

Ultimately you want tentacle-like growths on the head of something that is otherwise a bipedal quadruped. Sorry, but I don't have a vision for ossicones, but I could see you reaching the same goal with ears. Since ears are cartilaginous, they can eventually do the same ossification that ossicones do once we've evolved some really clever ears. Thus we create new bones for our species if we need them.

Animals are capable of having some amazing and moveable ears. Check out this video of an animal who can do some impressive manipulating with their ears. Strangely, although humans today have fixed ears, we are still wired for moveable ones. Animals can move their ears to home in on sound, or to protect them, or to express emotion. So I would go with ears as the starting point for the structures you are shooting for. If an elephant can get their nose to do what it does, ears don't seem all that unlikely. Elephants also use their ears as tools (of sorts) so they are an excellent example of the principles I'm trying to get to.

Ears CAN be sexy, and sexual signaling could certainly be part of the equation. If you have a species that can move and adjust their ears, it could be amplified that the more they can move their ears, the sexier they get. Not to mention the improved ability to hone in on sounds.

To get something that approaches appendage functionality though, we need more. Imagine if your species must climb trees and snatch food out of animal nests (like eggs, stored nuts, etc.) or maybe even climb down into holes in the ground to grab grubs, animal pups, or whatever they eat. Flexible ears could act as simple manipulators close to the mouth to grab or just brush food out of the holes while all hands and feet are occupied with holding someone up, or simply unavailable because the hole is too small. These sexy nimble ears pull food straight to the mouth for immediate consumption. Animals defend their nests, however, and these ears might get thicker and stronger/tougher as they are used as a deployable defense to keep one's eyes from being scratched out by angry squirrels and badgers.

Once you have functional ears, the rest is a simple case of evolutionary pressure. They help protect the head, allow manipulation of objects close to the eyes while hands are occupied, are useful in eating, and keep getting sexier the bigger and more manipulating they get. Since they aren't meant to be heavy-lifters, the bone mounting can certainly evolve eventually but is less critical (you aren't trying to lift a tree with them). Eventually, they could either duplicate via developmental changes OR split into "fingerlings" to allow finer manipulation. Your species might not even need fine-motor hands with these ears, so new shapes of tool users become available.

Not the answer you're looking for? Browse other questions tagged science-based reality-check biology evolution anatomy .

2
How could tentacles as described function out of water?
2
How could "muscular hair" work?

4
what kind of biology/evolution to create Xing Tian/Blemmye type of humanoid/monster?
6
Can an animal develop a facial disk through muscle and bone alone?
41
How realistic is a genetic memory?
1
How could an eusocial dragon species of elemental castes work?
2
How could "muscular hair" work?
4
Anatomy of a sexual "parasitic" specie with small and intelligent females but large and “brute” males