If the Roman Empire in the Year 90 AD Found a Living Tyrannosaurus Rex, What Creature in Their Mythology Would They Most Likely Mistake It For?

I'm writing a story where a group of mischievous aliens teleport iconic creatures to inappropriate time periods. (Dimetrodons in colonial Germany, Pterodactyls in the medieval Ottoman Empire, Plesiosaurus in feudal Japan, etc.) In the chapter I am writing, a Roman Cohort discovers a living Tyrannosaurus Rex. They barely manage to capture it while it is sleeping. After some debate, it is decided by the emperor that the beast is to be killed in the colosseum for the entertainment of the Roman people. My problem is when I came to realize that they would not call the creature by the name we have given it. More probably, they would have mistaken it for a creature within their mythology. What beast in Roman/Greek mythology would the Romans most likely mistake a T-Rex for, based on its demeaner, size, and physical appearance?

The word Dragon comes from Ancient Greek mythology, where it is used to refer to a handful of different large reptiles. Ancient Greek was as much an auxiliary language to Latin, as Latin is to modern English. Roman Nobility typically spoke Greek amongst themselves and were often sent to Greece for part of their education. Latin is a sufficiently vague language that I can imagine the word "draco" being used for a large real reptile.

Probably they'd add an extra word to distinguish it from other named mythological dragons. So Draco Galliae (Dragon from Gaul) after the country where they found it, Or Draco Agrippae (Agrippa's Dragon) after the General who led the expedition.

For some tips on how the Romans named new animals see Giraffe = cameleopardis = camel-leopard or Ostrich = Struthocamelus = sparrow-camel. They also used Ancient Greek names like Rhinoceros = Nose-horn or Hippopotamus = river-horse. Since the names are so vague to begin with I think Gallic Lizard or Agrippa's Lizard would work just fine.

Some manner of bird: Hippalectryon? 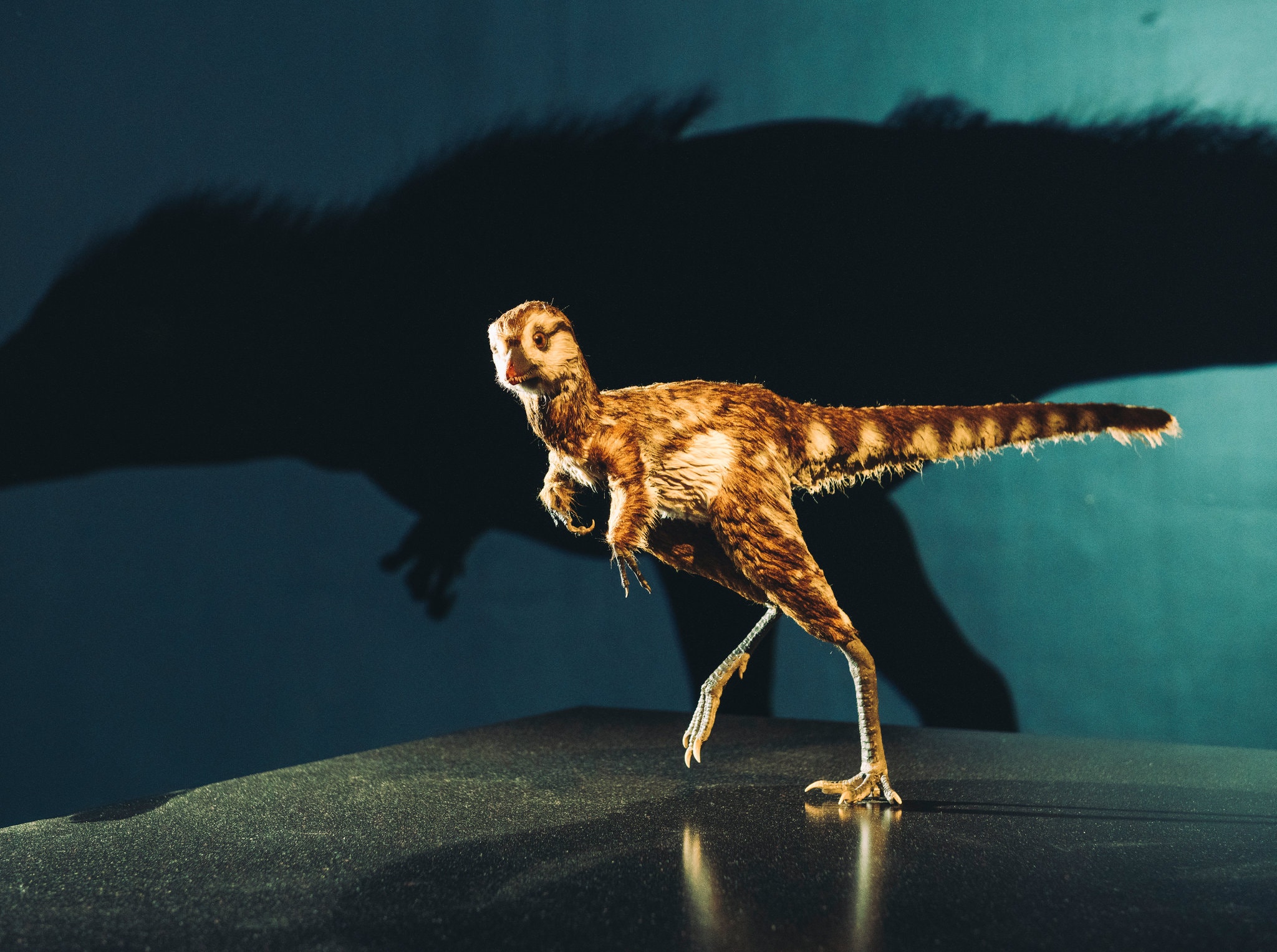 It is a contentious topic, but nowadays museums portray Tyrannosaurus with feathers. The Romans, being the sort of literal-minded people who declared that all spotted hyenas are male based on observation, would certainly not hesitate to call a feathered animal - any feathered animal - a bird. This is particularly likely to be true if they had the opportunity to see young (the NYT photo linked above is how a 1-year-old is thought to look)

But ... what kind of bird? The Romans probably did not have a strong notion of the half-human tengu to use, while they would have too precise an image for the Bennu. The Roc, among other things, is too good a flyer. Depending on the creature's vocalizations, they might call it an Alectryon or a Harpy.

My guess, however, is that they will call it a Hippalectryon (ἱππαλεκτρυών). This is a terrible stretch from the illustration from Wikipedia below, yes! But the hippopotamus doesn't really look that much like a river horse, does it?

Besides, every warrior in the audience will have one daydream above all else: not to slay the beast, but to build a howdah on its back, and atop that throne, lead an army to ceaseless victory! 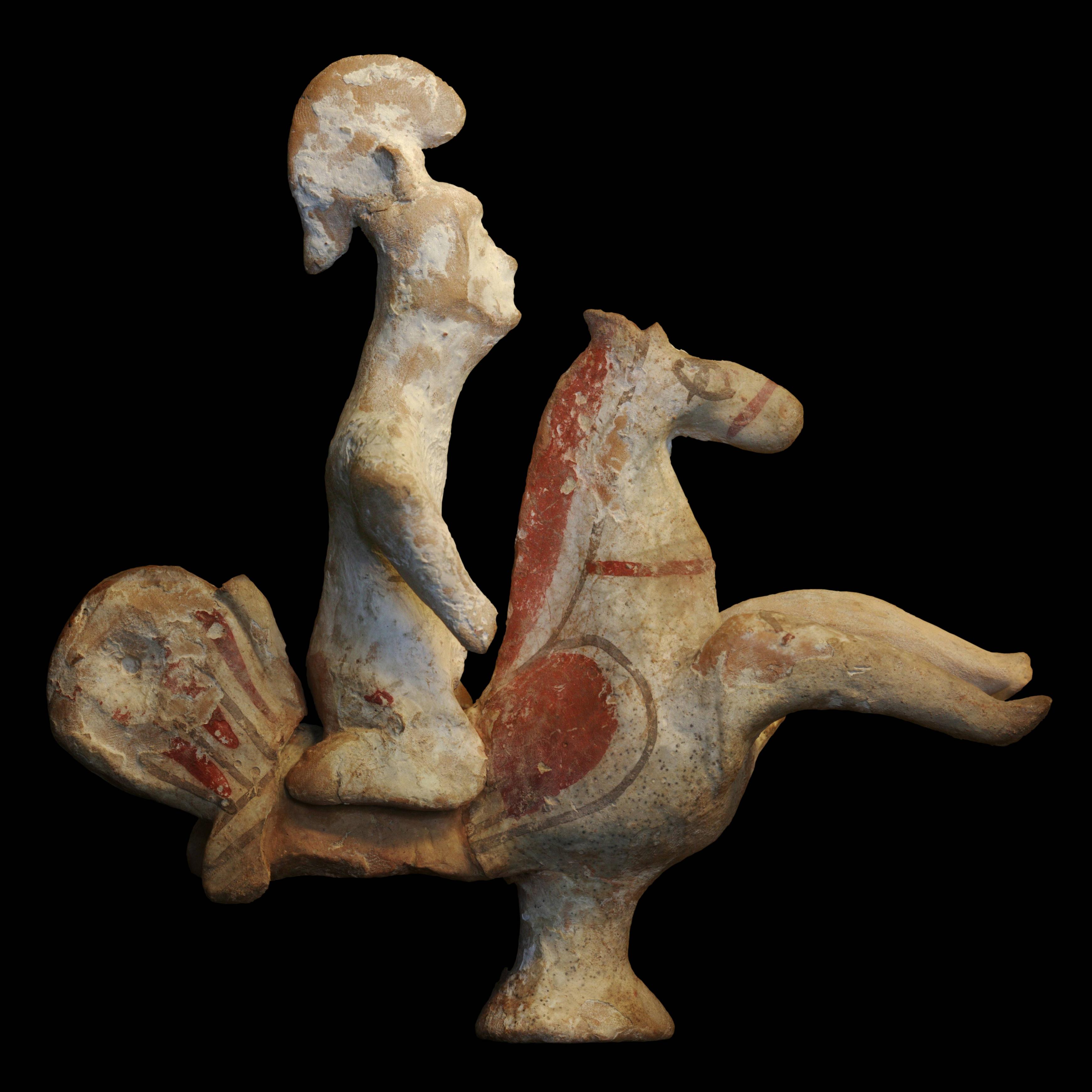 Not the answer you're looking for? Browse other questions tagged alternate-history mythical-creatures dinosaurs mythology prehistoric-times or ask your own question.

39
What difficulty would the Roman Empire have besieging a fantasy kingdom's 49 m wall?