How to design a humanoid with facultative quadrupedism?

I thought this can be considered the oposite to the monkeys' walk which the most time that are on land are quadrupedals and sometimes they can stand bipedal, so now in this case I'm asking about a specie which is able to stand the most time in a bipedal and erected posture but change to quadrupedal walk without many problems, this unlike humans that yes, we can crawl and "gallop" on four limbs, but only for brief periods and really without many advantages for this.

My supositions were that get the facultative quadrupedal posture would help to little distance high speed run, because impulse the body with the hindlimbs would allow a jump that would later be cushioned with the forelimbs, another assumption is that maintaining a facultative quadrupedalism for short periods would release the vertical pressure of the spine, hips and knees during that time. But this is principally just for search a good working of a creature design.

So, I found that ther are many biomechanical problems with the correct working of a desing like this.

The first problem appears looking the hips' shape of different primate species and a hip from a fully quadrupedal mammal. 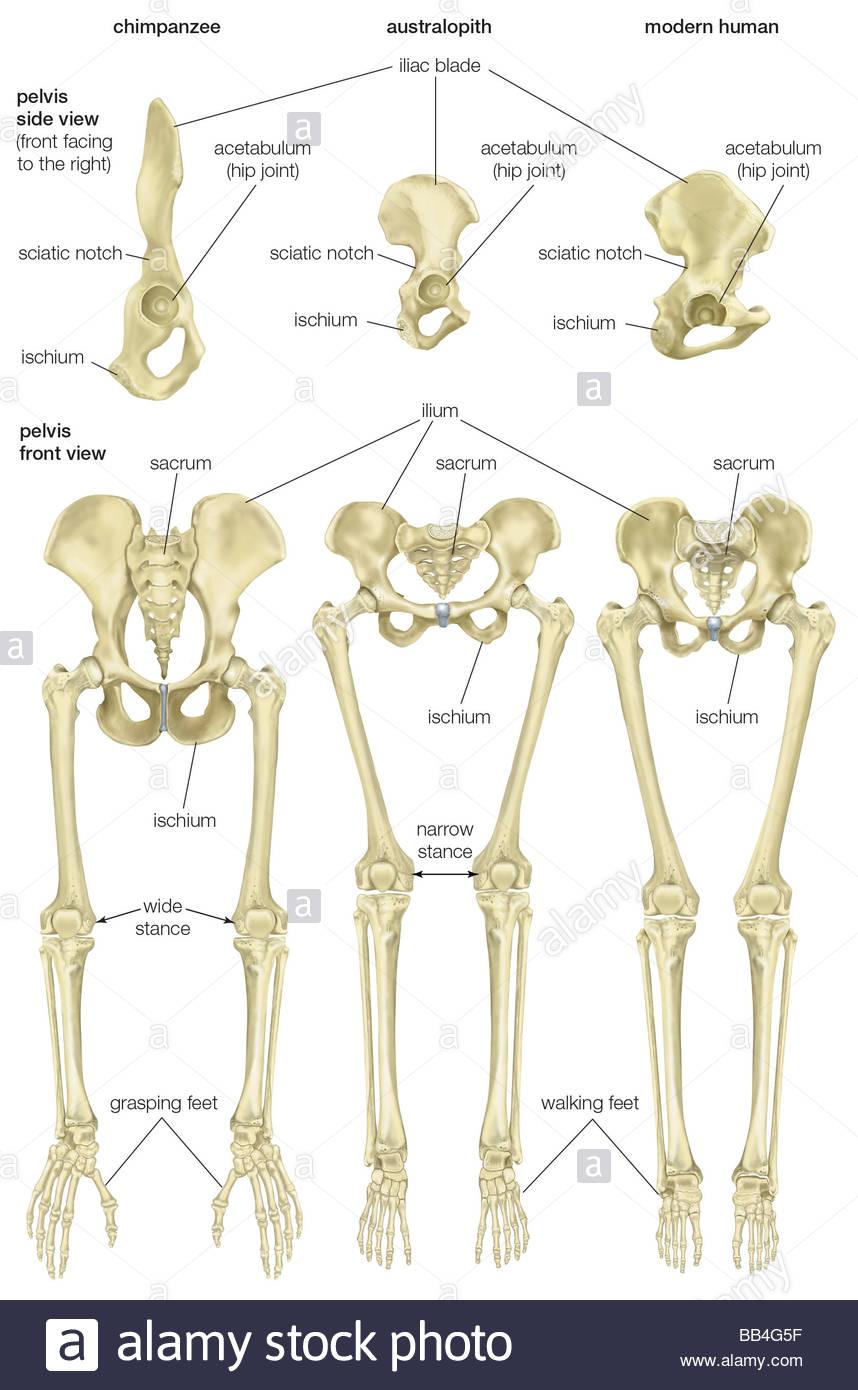 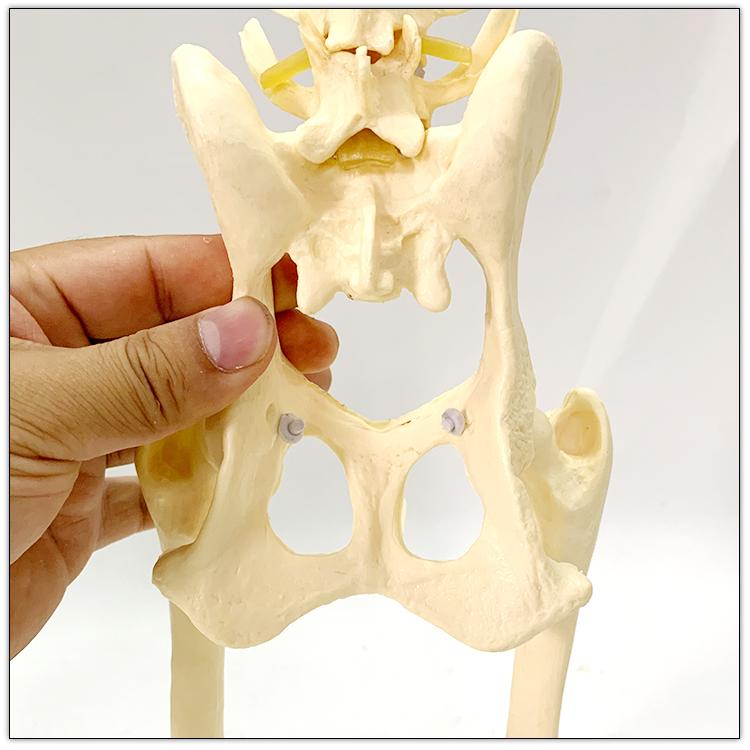 We can see that more quadrupedal primate, the chimpazee hip, is more similar to the dog hip, being long, narrow and flat while the human hip is shorter, wide and "bowl-shaped".

Then can be seen that the human spine does not flex like a quadruped would. But for this I thought, add some vertebraes would help, just Im not sure how many.

So what I am looking for is to identify other possible anatomical and biomechanical problems and their respective solutions to allow a humanoid with functional facultative quadrupedalism, being good enough to be in quadruped form as well as to be in erect bipedal form.

This question might be closely related with this other How much can be modificated the humanoid body plan and still being able to perform the high speed throwing? 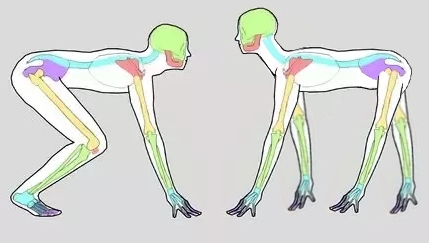 The forward arms will probably be stronger. They're carrying the head.

The pelvis is smaller so that arms can take the weight. The neck is longer so the head can look ahead.

Make the wrists more muscular so they can withstand the pounding, and make the feet/hands padded on the bottom so they can take the grinding.

4
How much can be modificated the humanoid body plan and still being able to perform the high speed throwing?
2
How the limbs should be correctly positioned in the body of a "quadrupedal hexapod" humanoid?

7
Feasibility of Bipedal Chelonians
12
If quadruped mammals evolve to become bipedal will their breast or nipple change position?
4
Anatomy of a Female Giant
3
How make look feminine and masculine (non mammalian) animal humanoids?
6
How to correctly insert a kangaroo like balance and support tail in a humanoid?
4
How much can be modificated the humanoid body plan and still being able to perform the high speed throwing?
9
Are there any major problems with my creature design?
4
What would be the best design for a a versatile humanoid leg, but at the same time pretty good in every function (universal leg)?
2
How the limbs should be correctly positioned in the body of a "quadrupedal hexapod" humanoid?