I am looking for a (at least somewhat) plausible organic matter, which is able to store massive amounts of energy. After reading up on biobatteries and so on, I am aware that I would need something very similar, but much more powerful.

one gram of antimatter annihilating with one gram of matter produces 180 terajoules, the equivalent of 42.96 kilotons of TNT

The power requirements to create antimatter are incredibly high. It's estimated that to create 250 grams would require 2.5 billion years of Earth's entire energy production. Antimatter ain't cheap. Most stories include copious amounts of handwavium to create enough antimatter to be useful.

If your power requirements are much much lower, say in the 100Kjoule to megajoule range then you can use regular gasoline.

Cubane is an organic molecule in the shape of cube. It is highly energetic, high energy density, and has been on the military's wish list for use in both explosives and rocket fuel for decades.

If you replace the hydrogens with $NO_2$ you get Octanitrocubane (ONC) which includes enough oxygen to fully combust all of the carbons in the following reaction:

Which would make it an excellent choice in both the roles the military wants it for (propellants and explosives).

Putting this another way, it gives detonation pressures about 20% better than the next best chemical explosives.

The downside is it falls about 1,000,000x short on the amount of energy stored per unit mass. You just won't find that much energy by rearranging chemical bonds. Also Cubane is not very stable and tends to self-detonate so it's very hazardous to play with.

Suppose that "cold fusion" is possible.

Handwave: look at, for example, Seth Lloyd's talk on quantum mechanics in living material, especially how the chloroplasts route energy to the active clorophyl with far better efficiency than would be normal, but the complex implements a quantum search protocol or something like that.

Look at catalasis in general. Lots of that in videos from SLAC (fuel cell and battery research) including an interesting talk on the role of metal atoms in biological molecules such as chlorophyl and hemoglobin.

So, such a molecular nanomachine could be built to do cold fusion in an organelle or small bacteria.

Problem is, the energy released probably destroys the system and everything in a small radius. The released energy is too high to be carried by phonons or bond vibrations, and the emitted neutron isn't easy to catch and turn the kenetic energy into power. So the energy release simply heats water or other working fluid (maybe liquid metal)

The bacteria or equivalent organells in a eucaryote cell could produce one-time-use fusion event units, and these are harvested in a concentrate. To use effectively, you isolate one in a droplet of water and set it off, producing superheated steam. The loose neutron decays after 11 minutes or so and deposits more energy in the water. (A volume of water is used to safely stop the neutron)

Early crude use would get more than one unit in a diluted drop thus wasting them. Higher technology would make use of each one indivually.

Maybe you need to use heavy water to build the nanounit. But the usage can breed more, recovering some percentage. The whole living form could locate and harvest the duterion from its minor contribution in plain water. A molecule containing duterium in place of hydrogen can be smelled (at least by fruit flys bread for the purpose) so they can be sorted out.

Nuclear fusion is another plausible method to store energy which reaches the order of TJ/L, without needing to use antimatter (which is extremely difficult to contain, and would certainly behave as a bomb).

Chemical reactions regarding organic chemicals are out of the question, since the energy levels of electron transfers is completely insufficient to power such energy densities.

However, nuclear fusion all the way to produce iron is capable of reaching the energy levels by using nucleon binding energy instead. This process requires extreme conditions (such as in the middle of a red giant star) to occur, which prevents the fuel from releasing its energy quickly. 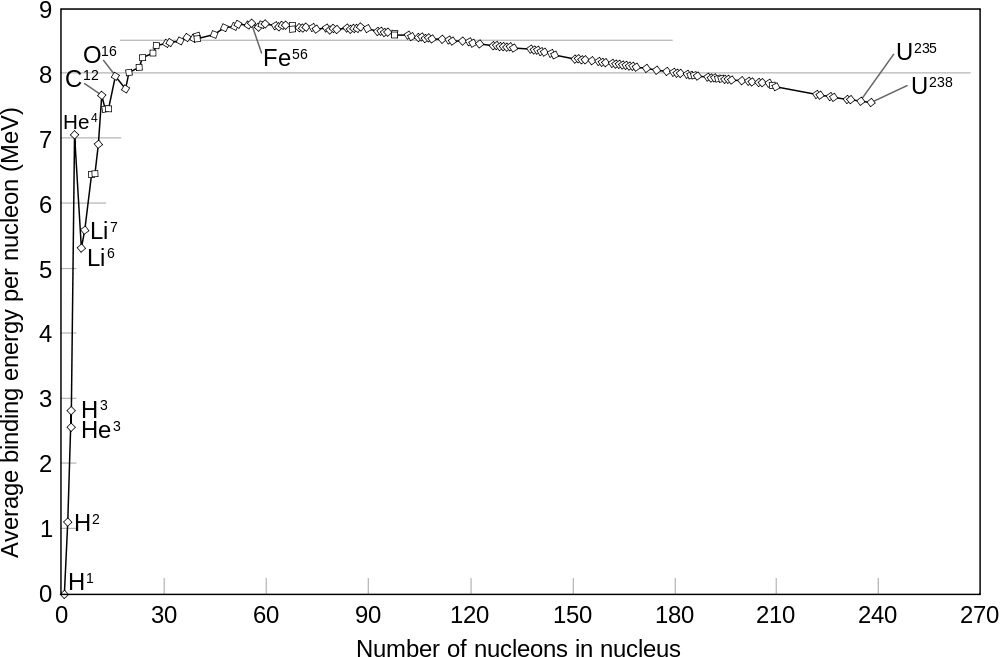 By fusing the protons and carbon nuclei of simple organic molecules, very high energy levels can be reached. In this case, we can use methane ($\text{CH}_4$), the most hydrogen-rich organic compound, as the fusion fuel, which is fused into iron-56.

Liquid methane has a density of 0.42kg/L, which contains ~26 moles of methane.

Others have already pointed hydrogen fussion; I'll go this way along with a mechanism to make it more "organic" than most of the other answers.

One of the issues with hydrogen is with storage:

1) Since its molecules are so small, it has ease escaping through valves and other join points.

2) If its recipient breaks, it fast release into the atmosphera brings a very serious risk of explosion.

The mechanism I propose would be similar to the mechanism used by our bodies to transport gases:

To "charge" the device, you:

The solution would be less energetically dense that pure hydrogen, but would be easier to handle; if a device would break its hydrogen contents would be transfered to the atmosphera in a gradual way.

And obvious use, if you want maximum output, would be using the hydrogen for nuclear power (cold fussion?) You may change regular hydrogen with deuterium or tritium and it would workd exactly the same.

1
How does a dragon evolve to harness energy from nuclear source?
2
Would it be possible for an organism to evolve a biological fusion reactor?
1
Making fusion reactors better with nanotech

40
With current technology, what would be the best way to store energy for future generations?
9
Far Future, Space. Most plausible way to store short-term energy?
6
Disposable/reabsorbed organic body armor in altered humans
14
Plausible reasons for use of combat drones instead of missiles (kamikaze drones) in space combat?
2
Applications of Limited Kinetic Energy Manipulation [Superpower]
4
Organic Thermoelectric Phase Change Material
6
How to transmit energy through rock and store it in crystals?
8
Would a magic-using society create living batteries?
2
The chemistry of a long living (alien) animal