Why would this creature have a head?

The creature is a soft-bodied animal roughly the size of a human, that resembles a wing-less bird in its stance. It has no neck or eyes, and its mouth is at the end of a pharynx attached to the torso. Physiologically, it is similar to velvet worms, but with a vertebrate-like circulatory system. It has a brain which exists in the head. The creature has existed in some form for long enough that if the head had no use, it would be lost through natural selection. So, what features could the head have that would make it better to have than to not, and thus would prevent evolution from removing it? 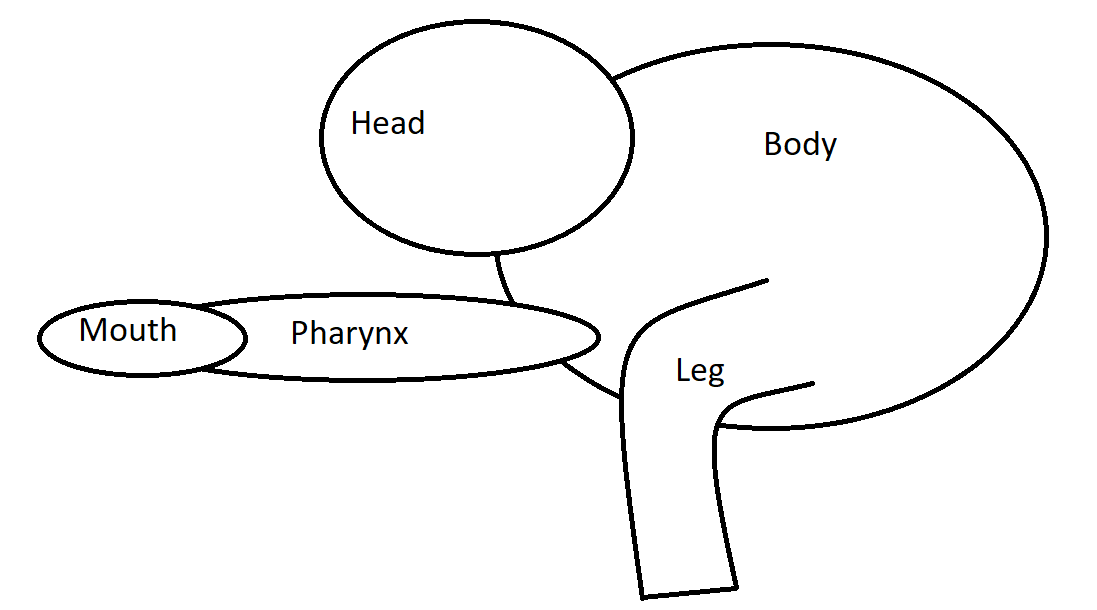 Why do male peacocks have such big and colourful feathers? Or human females (large) breasts at all times? Why do stags grow horns for mating season?

There are a lot of body parts with functions that aren't useful or have a usefulness that could've been implemented in a better way. Their main function is to signal sexual availability and virility.

The head of your creature might just be something left over because it because a desirable trait in both males and females. Although wyes might still adorn it for the ability to look around and still have ears for example, these could be transferred to more specialised parts of the body. The main reason it's still there is because the creatures only reproduce with the creatures that have beautiful heads.

Animals have heads because once they develop a nervous system, the optimizations and efficiencies of ever-larger nervous systems tend to put one major node somewhere. Everything else attaches there (or fans out from it, tree-style).

This is usually at the end of an organism, somewhere defensible. All the major sensory organs will migrate there if they didn't first show up (it's the place with the highest bandwidth in the whole organism).

A mouth or nose may not show up on this head, there are other plausible locations for those things (unless the general architecture of the creature strongly implies putting those there as well).

You will end up with a head. You won't have an easy time explaining the lack of one either if that's your goal. The head can change shape certainly, it can migrate down into the torso so that any neck is vestigial (to armor things up perhaps), but it just won't go away.

This isn't even a bilateral symmetry thing. One would expect similar from a radially symmetrical organism.

Not the answer you're looking for? Browse other questions tagged creature-design mythical-creatures anatomy or ask your own question.

35
Why would the mouth of a creature evolve to be away from the head?
11
Why would a land creature have tentacle-like appendages
7
Adaptations of a Very Specific Dragon to this Combination of Large Size and Flight
8
Overcoming the issues with attaching an esophagus to a ventral spine/support structure [Gross warning]
4
How big would this creature be before it would collapse in on itself?
4
Why would a creature only have feathers on its back?
4
How would medieval people go about slaying gryphons?
5
Can the dunkleosteus jaw model work on a land predator?
1
How and where would bird-wing fold away if they were mounted on internal turtle shoulders?
9
Is this creature's proportional head size feasible?