What would be the effects on terrain of an atomic bomb on a Sahelian or Saharan grassland or desert?

So, I'm coming up with a world in which, after a nuclear war in Africa, there is a bunker in the country of Chad. The landscape has been affected by over 50 atomic bombs. The main characters leave the bunker as the radioactivity has mostly worn off (after 100-something years), and I want them to discover a harsh, warped environment. What would the most extreme topographical effects of an atomic bomb be on a Saharan or Sahelian environment be?

A large enough nuclear airblast will "glassify" sandy desert directly under it. The molten layer is very thin, and will soon crumble under normal weather, but will still be recognizable for what it is 100 years later.

There will still be detectable radiation spots near the blasts, but they would need quite sensitive equipment. The radiation would be way, way, way under dangerous levels. If the explosions were groundlevel or below ground explosions, then there would be a visible crater and significant radiation, even after 100 years. Likely not dangerous any more, but much more easily detectable.

'Trinitite', from the first nuclear blast 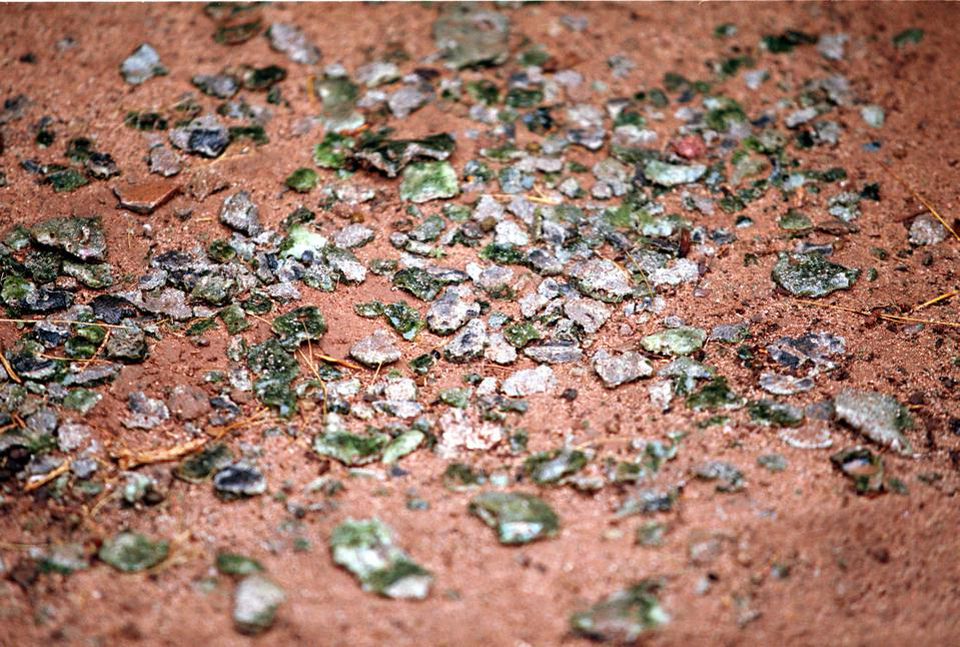 Not the answer you're looking for? Browse other questions tagged geography geology deserts nuclear-war topography or ask your own question.

4
Effects of rainy zone in the desert?
4
How would the terrain of a desert be impacted by abnormally-frequent lightning strikes?
0
An Alternative Earth: Warmer Siberia
41
What if a portal is opened from the Mariana trench to the Sahara desert?
6
What could cause the desert?
1
What would be the long-term effects of nuclear war on the climate?
28
What would the temperature be like in a black desert?
8
What geological processes could form the Crystal Desert on the planet Thra in the Dark Crystal?
35
How Would Civilisations on Different Planes of a Cube Planet Interact?
2
What would be the effects on wildlife of an atomic bomb on a Sahelian or Saharan grassland or desert?