A summer colder than winter?

Normally, summers are supposed to be hotter than winters because the axis of the Earth is tilted toward the Sun during the hot season. This mean that the north receive more energy from the Sun, days are longer and thus, it's hotter.

But I was wondering if some characteristics could make one area colder in summer (July in the north January in the south) than it is in winter compared to the rest of the same hemisphere.

It will depend on if you look at Max High, Average High, Mean, Average Low or Min Low temperatures.

In summer there is usually a sea breaze cooling the area, while some days in winter have a land breaze that blow all the desert heat into town.

Look for areas on Earth that have (nearly) uniform year-round temperatures, and see why it's the case. Then you can exaggerate the issues or combine them in your plausible fictional world.

One thing I can think of is Los Angeles, where air can come down from the mountains and heat up due to increased pressure. The city of Kunming is known as City of Eternal Spring because of its mild seasonal changes. Looking at the chart there is a 15° F difference between summer and winter. It is in an elevated basin, and Wikipedia mentions subtropical highland climate (Cwb) and you ought to read up on that and that suggests reading about weather "types" in general.

Find out what makes Cwb tick, and add:

In general, the weather patterns dominate over seasonal temperature.

An island within a strait that connects a large shallow high latitude sea to the wider ocean closer to the equator, maybe?

During summer the water of the sea warms and expands pushing a strong current of cold water to the strait. During winter the sea gets colder the water contracts and water from the warmer ocean is pulled into the strait. You can reinforce the effect by putting the island into a small sea in the strait and using mountains to weaken winds from north and south. This will make the effect of water temperature stronger. Maybe put the island within the sea near to where a warm current comes in during the winter?

If you are looking for a temperate climate, meaning non-tropical, that has an actual four season year the answer is no.

Now if the temperature swing you are looking for is minimal <10 degrees F, you could probably use the ideas/concepts in the other answers to get what you want.

But if you are looking for snow in the summer and scorching hot days in the winter you just can't naturally overcome the impact of the sun. It is, by orders of magnitude, the unquestioned dominant force on our weather. Without magic or hand-wavium you just can't beat it. 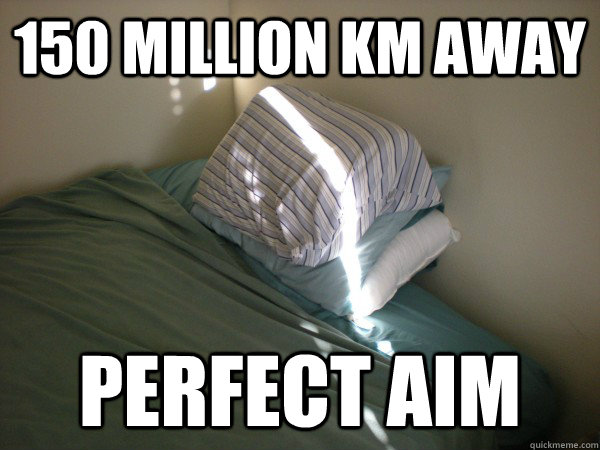 You could be looking for a weather phenomena similar to June Gloom, which is a weather pattern that happens yearly around June in southern California, resulting in overcast skies and cooler temperatures.

Something similar happen in the Pacific Northwest (Washington and Oregon) that is referred to as "June-uary".

Both happen because one area heats up in the summer, pulling cool air from over the ocean inland and mixing. This makes a lot of clouds, which blocks sunlight and causes a lot of cooling.
So, it gets colder because of the summer heat.

Not the answer you're looking for? Browse other questions tagged science-based climate earth-like or ask your own question.

11
The shortest possible distance between a boreal area and a hot desert?
26
What if an Earth-like planet had no axial tilt? (impact on ecosystem)
4
World with only one habitable, off-center quadrasphere/quadrant
0
ELEVEN Inner Planets?! What Will the Ice Ages Be Like?
7
The World's a Jungle Again. Would Doldrums Blow the Global Air?
6
Seasonal pressure areas over continents located in both northern and southern hemispheres
2
What's the climate consequences of a planet with these characteristics?