In a 12-Pointed Star Wall, Which Shape Would the Inner Wall Be for Maximum Defense?

In this generic scenario, there is a settlement protected by both an inner and outer walls. The inner wall protects an area of 72 hectares. Both walls are 40 feet tall and thick and made of brick. Also, the walls extend to resemble both a twelve-point star and an accompanying dodecagon. In times of war, and before the cannon makes these walls obsolete, which shape would the inner wall be for maximum defense against attack? 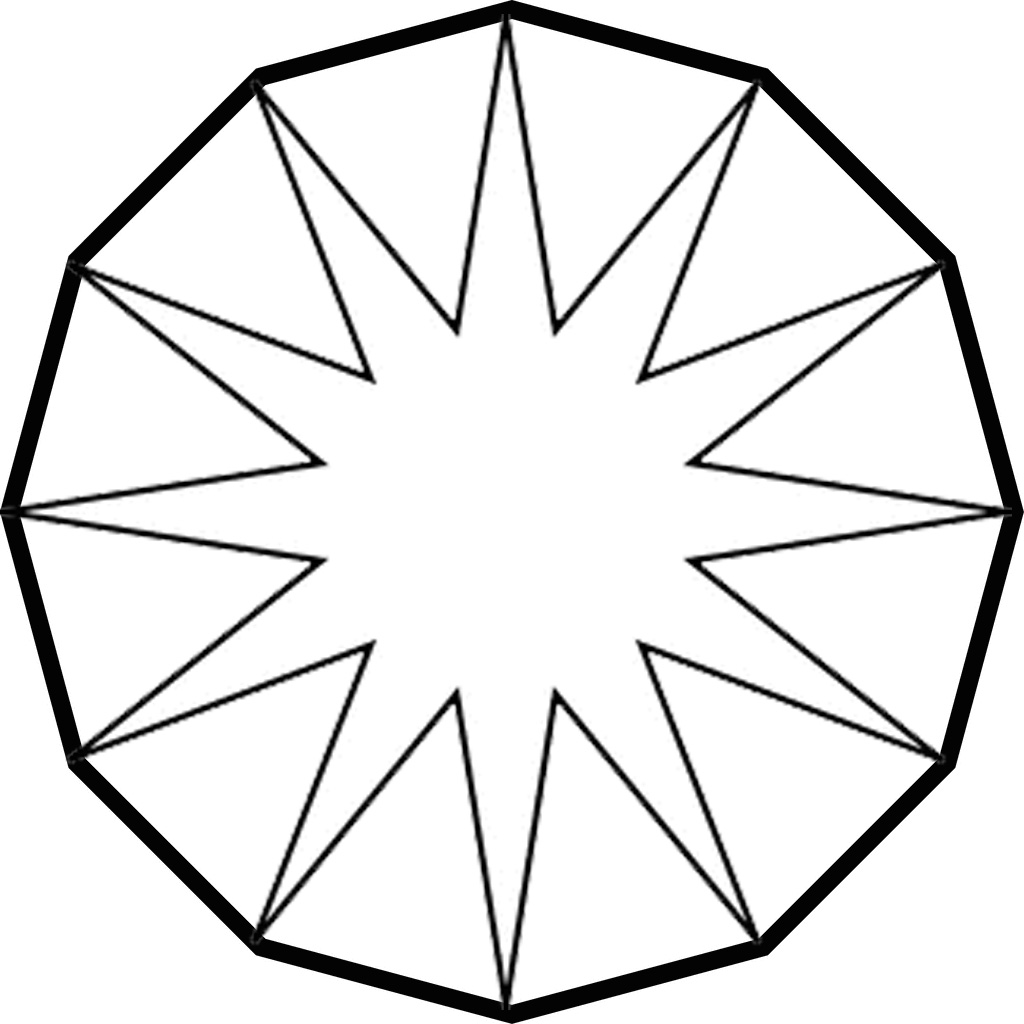 Or the accompanying dodecagon? 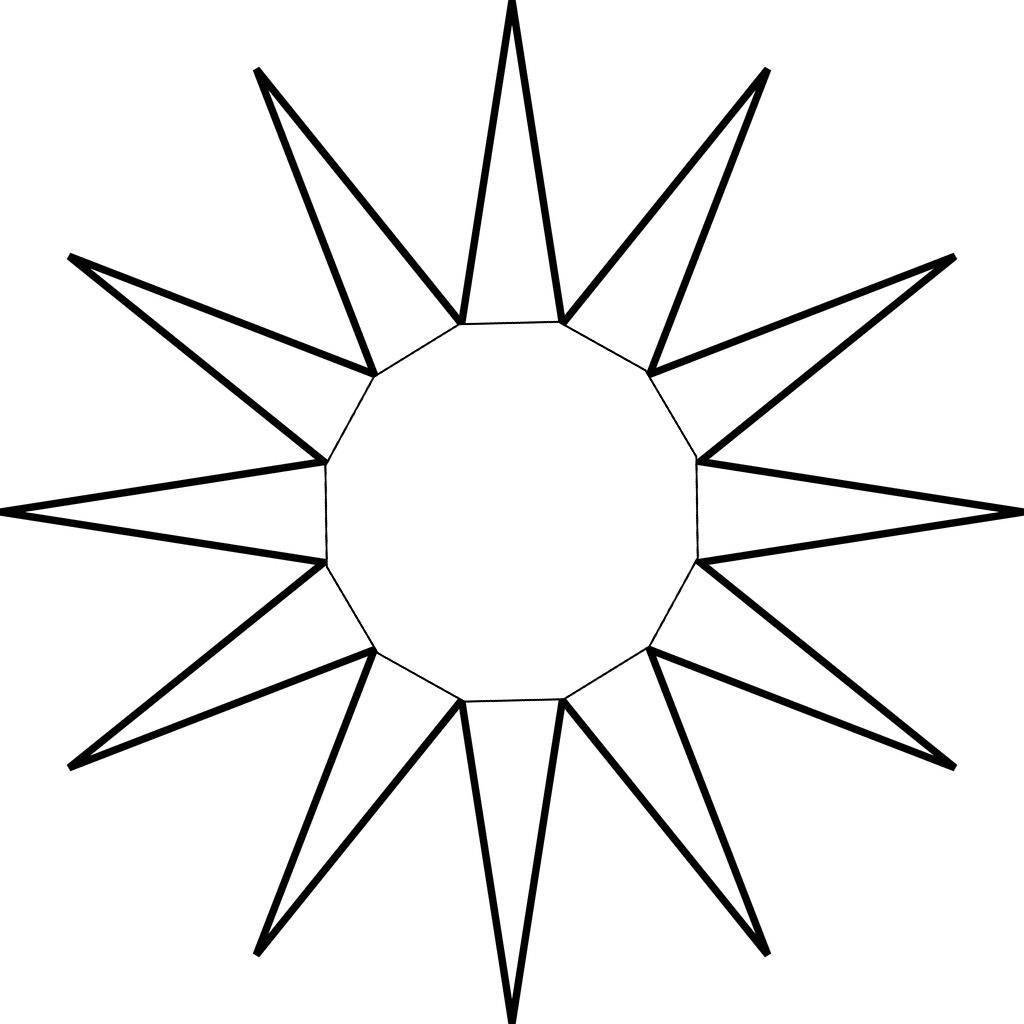 The purpose of Star Walls is to counteract the enemy with ranged artillery or ranged fire - not in the sense they prevent attack, but in the way that attacking a star fort means you come under fire from at least one, if not multiple angles.

So obviously if your original star is working, then another layer of defence should be a similar star. Concentric stars would then be better. An example: 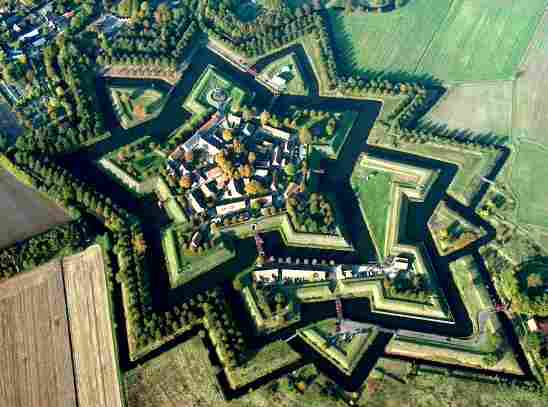 So the answer to your question should really be another star.

However as you have restricted your choice to your two diagrams, the answer would be the second one - if the star serves as your primary defence there is little point having a wall outside of this. Your primary defence layer, once breached, would then rely on your inner defence walls (which, although useless if your star is breached, perhaps hopefully delays the enemy as they pause to ponder the odd purpose of those walls enough for you to get the hell out of there).

Stick with what works.

An overview of historical forts shows many star forts, and note that when they have two walls there is always a space between them so it is hard to leapfrog both at once. Sometimes the fortifications look rather concentric and sometimes the broad wall of one ring overlooks the point of the ring outside it, presumably so that many people/weapons can attack whoever gets over. I'm not sure why you need so many more points than they did, but in any case the attackers should need to breach walls twice, with no short cuts to cross both at once.

Not the answer you're looking for? Browse other questions tagged military construction architecture military-defense or ask your own question.

17
In a world of magic, why would cities still find high walls useful?
10
What would be the most-optimal location for the Lunar Radiotelescope?
8
Would it be dangerous for the average country to drop its army?
2
Could This Sort of Castle Defense Work?
7
Geographically, how large would a very populous city during the 16th century be?
2
Which raw materials would be good for an alternate-history analogue to concrete?
1
How does one defend a military depot against Nazi-ish Sasquatch-vampires in a continent-sized post-apocalyptic wasteland?