How feasible would a Gaza - Gulf of Akaba canal be, purely technically speaking?

Note: partially inspired by the recent ship that ran aground in the Suez canal.

In my alternate history novel, I'd like there to be a second Red Sea-Mediterranean Sea canal roughly along what's in our world the south border of Israel. Thing is, I don't know if that would be feasible from a technical perspective. In the alternate history world, there are no political objections for this because there is a world government. The canal would also have been built at roughly the same technology and economic level as we are currently in, though I'm perfectly willing to shift this by a couple hundred years if that makes it more feasible.

I don't want to simply assume this canal would easily be possible. I have no idea about the local topography of the area, and it would be significantly longer than the Suez canal. A quick Google Maps check shows me that the area appears quite varied in elevation, so that might complicate things.

How feasible would a Gaza-Gulf of Aqaba canal be on a purely technical level?

People have thought about similar projects, though perhaps for reasons of engineering practicality there hasn't been much effort directed at canals for the purpose of transport.

The problem is that the Gulf of Aquaba is part of a long rift system that runs along the Israel-Jordan border, including other notable water features such as the Dead Sea, the Sea of Galilee and the River of Jordan.

Rift valleys are inconvenient, because they don't necessarily have flat bottoms, they won't necessarily contain watercourses that lead out to the sea, and they often have large mountainous or at least hilly regions to either side of them, and the Jordan rift valley is no exception.

With a bit of careful inspection of openstreetmap and the use of this handy tool, I was able to sketch out a very rough route following what looks like the lowest mountain passes available: 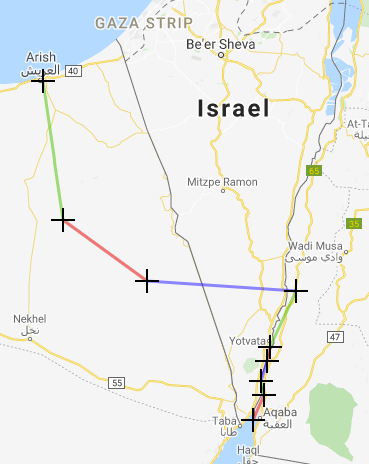 and the elevation profile of the route:

This should show you two very important things.

Your canal would be one of the largest and most formidable civil engineering projects ever undertaken, even without the issue of being in one of the most politically unstable parts of the world that's also quite geologically unstable... very undesirable given how many large and complex locks would be needed to help raise boats and water high enough! And that's without even taking into account how massively hot and dry that part of the world is, and the need to continuously pump water up from the sea to counteract evaporation.

L. Dutch suggested that you could use nukes to dig your canal... indeed you'd probably have to. And as luck would have it, someone else also had this idea, and wrote about it! Use of Nuclear Explosives for Excavation of Sea-Level Canal Across the Negev Desert. 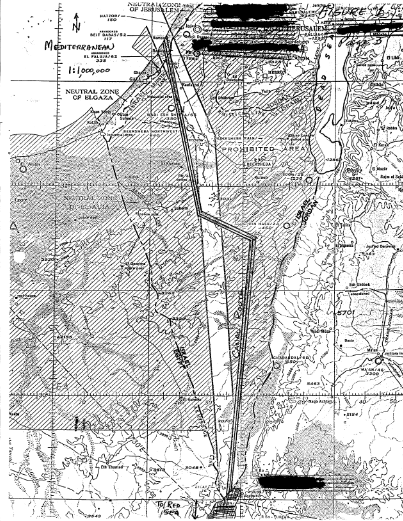 It takes an initially similar route to the one I proposed above, but uses a more northerly pass through the hills so that it lies entirely with Israel's borders. The route is similar in length to mine, but passes through more hilly terrain.

The author of the report assumes:

That's 520 nuclear warheads with a total yield of 1.04 gigatonnes.

The nuking would have been done in "virtually unpopulated desert wasteland", which the author assumed would have made it OK. The amount of long lasting radioactive contamination this would have generated would have been breathtaking. This proposal would have been made right at the beginning of the Project Plowshare and Nuclear Explosions for the National Economy era, before the severity of nuclear contamination became obvious to everyone. The Soviet Taiga tests in 1971 more or less drew a line under the idea of digging canals with nuclear blasts.

If you'd like a slightly more plausible way to transport cargo along a similar route, consider the Negev desert railway which would link the Israeli Mediterranean coast with Eilat, which lies next to Aqaba at the top end of the Red Sea. 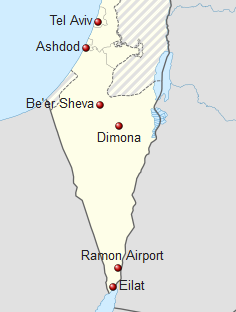 The route from Eilat to Dimona would likely follow a similar route to the nuclear canal idea. The plan has been put on hold indefinitely, at least in part because it presents an economic threat to Egypt and the whole region is politically fragile enough without giving it a good kick.

If you were open to trains and alternative routes, then why not go from Basra on the Persian Gulf, through Iraq and Syria and up to Turkey? The Berlin to Baghdad Railway was a thing, once upon a time, and trains from Basra to Baghdad still run from time to time...

Just check the local topography on any map application.

I didn't scan the whole length of the border, but a quick glimpse returned me this 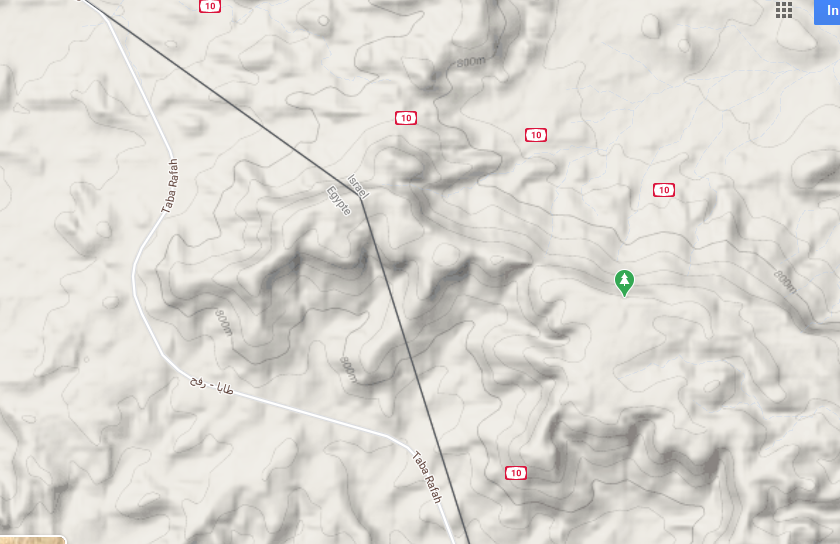 which gives an elevation of 800 meters.

For reference, Panama Canal crosses at about 200 meters.

I would say that it will be a big challenge to dig all that up, unless you want to use nukes to quickly dig holes. At the end project Plouwshares was all about it.

Project Plowshare was the overall United States program for the development of techniques to use nuclear explosives for peaceful construction purposes.

Not the answer you're looking for? Browse other questions tagged reality-check engineering alternate-reality alternate-earth or ask your own question.

5
Colonizing a fresh Earth : where to place the first settlements?
6
How to drain out the entire Mediterranean?
5
Antarctic Climate on Greenhouse Earth
8
What sort of habitats could exist Pre-Zanclean Flood which formed the Mediterranean Sea?
11
Weather in a 5 mile deep crater
4
A Dozen Cubic Miles of Volcanic Ash--How Big Would the Cloud Be?
5
Putting locks on a strait between the sea and a large bay to prevent tides
14
Reasons for a very small but very high mountain range in an area with no plate boundaries?