Could a Titan-like moon orbit a terrestrial planet?

Could a terrestrial planet (1x diameter and mass up to 1.5x diameter and mass) hold a Titan-like (dense atmosphere, relatively large size, weather) realistically in its orbit? If not, how large would the planet have to be to sustain such a moon?

Could it have a Titan size moon? Well, maybe. Titan's only twice as big as our own moon, after all... not like ten times bigger or anything. Our moon does seem to be a bit unusual, as it wasn't formed at the same time as the Earth, but in a subsequent collision with another planet. It wouldn't be beyond the realms of possibility for a larger moon to have been formed the same way, but it wouldn't be that likely.

A binary planet (or just a planet with a really big moon) could be a thing that forms naturally, Pluto and Charon exist, for example. If Titan orbited the Earth at the distance our Moon does now, the barycentre of the two bodies would be above Earth's surface (~8500km away from Earth's centre, and Earth only has a radius of ~6400km) which is one way of classifying the arrangement as a binary system rather than a mere moon-planet relationship.

Could it have a Titan-like atmosphere? Well, probably not.

Take a look at this diagram that shows atmospheric escape as a function of planetary temperature and surface gravity. It has some technical issues, but it shows the relationships we need well enough. 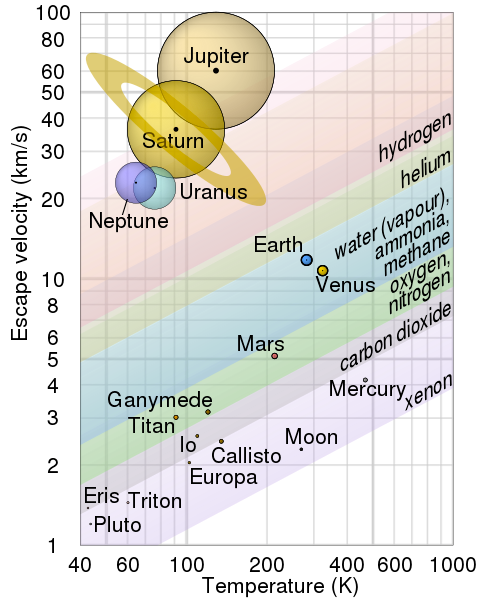 I don't see why not.

For a visual comparison, this image can help, it compares the sizes of Earth, Moon and Titan: 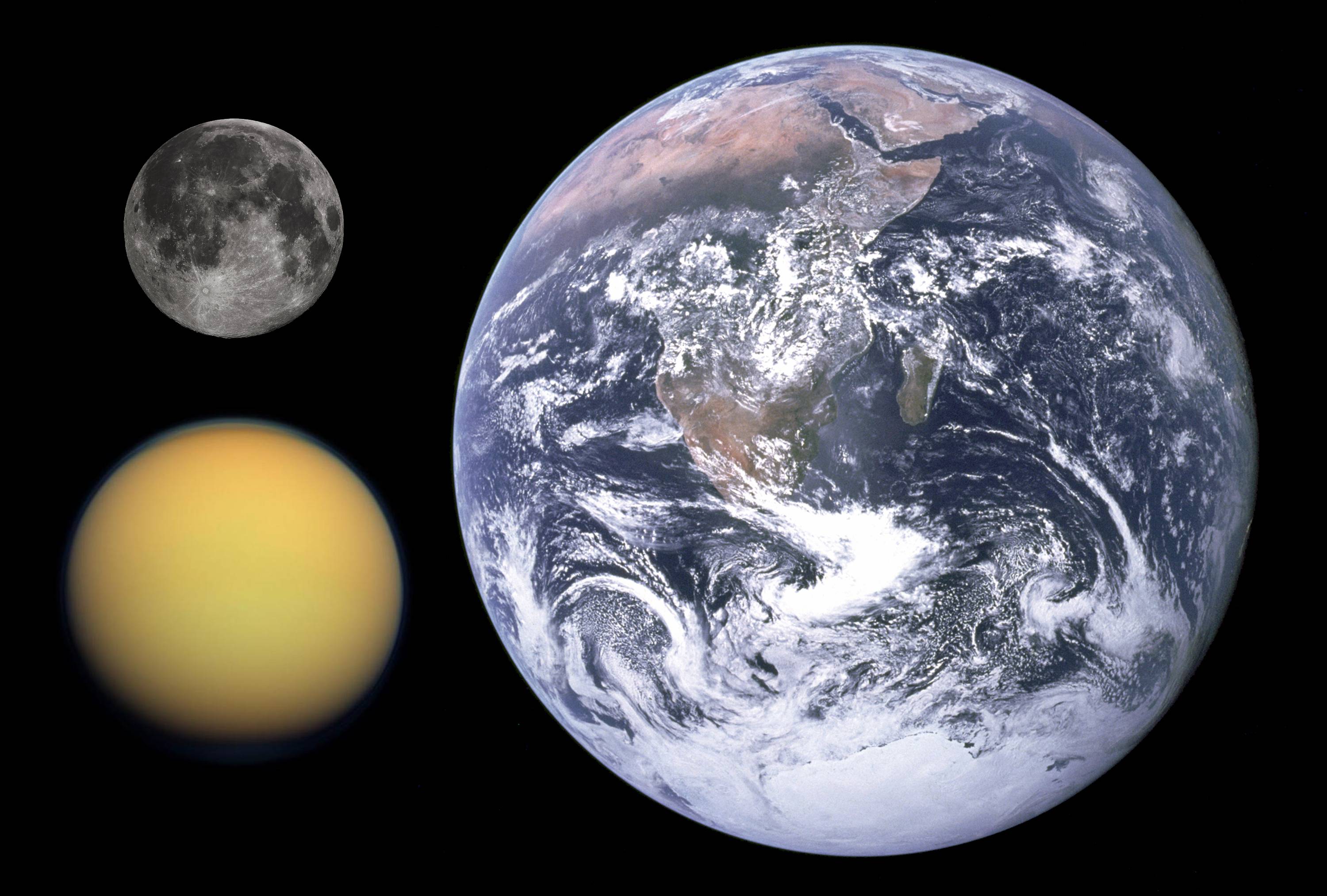 Titan is 50% larger (in diameter) than Earth's Moon and 80% more massive. It is the second-largest moon in the Solar System after Jupiter's moon Ganymede, and is larger than the planet Mercury, but only 40% as massive.

What matters for an orbit is the velocity around the attractor, if it is right, the body will orbit the attractor (as long as its mass is smaller than the one of the attractors).

What would likely be affected would be the center of mass of the system, with a more pronounced "wobble" of the main planet while orbiting around it.

A different problem is how such a system could form, but that's matter for another question.

Titans primary atmosphere results from being 9.54 AU from the massive ball of plasma undergoing nuclear fusion at the center of the solar system, with jeans escape (It's just a slide which gives you an idea about the mechanics of it, but the basic idea is that any gas on the upper end of the energy curve would have enough energy to reach orbit and escape a probably rocky or icy bodies atmosphere). As for the size of the moon, that's perfectly plausible, but due to just how cold titan is, so cold that cryovolcanism takes place that being that water on titan is the eqivlinat of magma on earth(paper), so the size of the moon would be plausible, as would an atmosphere, but a titanian one, no.

Not the answer you're looking for? Browse other questions tagged planets atmosphere moons or ask your own question.

39
Habitable moon of a gas giant: working out the sizes and distances
11
What are the requirements for an atmosphere retaining moon with a stable orbit around an Earth-like planet with non-destructive tidal forces?
6
If the Moon Titan Orbits Earth
22
Reality Check: Habitable moon around earth-like planet
9
How would this tidally locked planet be affected by its moon and would the moon have a deaccelerated orbit?
4
Conditions for an Ice Covered Moon to survive around a Terrestrial Planet
28
An Eden-like moon orbits a barren terrestrial planet. Why is the planet barren while its moon is earthlike?
10
What is the maximum orbital time for my moon around my planet?
3
How can this habitable planet have a moon with a naturally occurring atmosphere?
7
160 Year Solar Orbital Period & 1.9 Year Moon Orbital Period - Is it possible?