What danger would a mummy pose if resurrected where they need to cover/protect its body?

Mummies are widely considered to be one of the most iconic undead monsters, but are often overshadowed by their vampire & zombie brethren.

Furthermore, while the vampire has a bevy of supernatural abilities aside from their bloodsucking repertoire, and zombies can eat the brains of living creatures to make more of their own via biological pathogens or magick hexes, the mummy has never been able to compete against them what with their fragility (desiccation, flammability, heat/cold weakness) without the aid of some vague 'magick'. One can't help but feel that the mummies' quantifiable existence & reproduction in reality has more or less come to encompass their 'curse' in this regard.

The only example of "mummy danger" that didn't come from vengeful spirits or magick (e.g., The Mummy franchise) I know of is:

El Dorado in Uncharted: Drake's Fortune where the sarcophagus its mummy is sealed in contained an extremely-infectious, immediately-debilitating virus presumably infecting the mummy.

While this works on its own, I feel it only doubles-down on the supremacy of the zombie camp.

Various cultures throughout history have used various materials (Egyptian papyri/linen wrappings, Han dynasty jade suits, layers of heavy cloth of the Incas or other Andean peoples) to insulate the body from natural phenomena which could exacerbate decay. Whereas others have specific methods (Inca refrigeration, Kabayan fire mummies) to the same ends. Moreover, an extra step of preservation - post-embalming or not - is established by encasing the body in a storage medium (Egyptian sarcophagi, Chachapoyas purunmachu) with a hermetic seal or vacuum even provided in some circumstances (Rosalia Lombardo, Vladimir Lenin, incorruptible saints).

If we humans have used embalming & preservation on our dead since antiquity - if not for the veneration of the specific dead and/or the comfort of their admired - then what exactly is the practicality of separating our dead from our living with as many 'layers' as necessary? If a vampire would start drinking human/animal/medical blood (and creating more vampires) if one went loose today, what could a mummy do to pose an active danger to the living & society if let loose today? How & why? The best reason(s) for the unique threat of the mummy don't require any specific materials, methods, or climates to work - use as many of them as you want! The best answer shouldn't require viral or magick agents as a requirement of the danger. 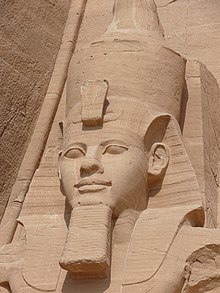 Your nation is a shadow of what it was. Foreigners walk your streets and command your kings. The ancient pharaohs conquered many lands and made monuments that have stood 1000 years. Could one of the rulers of old return to restore the glory that once was?

Zombies are mindless horrors. Vampires are evil predators. Mummies were great and revered persons, carefully preserved so that in need, they could once again take up their bodies and do what they did before.

The danger of a mummy is that its like is no longer on the earth. It could be shrewd, ruthless, farsighted, ferocious, benevolent and loved by the masses. Again.

It Knows Too Much

Whatever culture created this mummy has a means of making someone literally immortal. Even if the mummy themselves doesn't know the mechanism - though, under the conditions of your question, we can assume they do - they would know where to look to rediscover it. They know the right magic words/the right alchemical processes/the right gods to pray to to make it so that a recipient won't die for real/forever.

Wars have been fought over (much, much) less.

Moreover, while this immortality has its downsides, unlike vampirism, the mummy doesn't need a supply of blood to stay alive, nor is it a thrall to its creator, and unlike a zombie, it also keeps its intelligence. On top of all that, unlike either, a mummy can die of natural causes and then be resurrected, allowing it to live out a human life first.

A former monarch - or other important person - is going to be canny, and is going to realize the value this knowledge holds in a world that has lost it. And then the danger simply lies in someone having something worth literal fortunes, and being willing to provide it to people in exchange for favours, treasure, or both. Even if they didn't have a globe-spanning empire on the first go-round, they certainly will this time!

Many media (Dungeons and Dragons, for one) portray mummies as being incredibly strong and durable, even if fire is a bit more of a weakness to them than it is to say, me. Superhuman strength and unlimited endurance are definite upsides. Unless you're determined that your mummies be fragile things that crumble to dust on impact, they can have superhero/villain properties on top of the One Weird Trick That Morticians Hate!

The Mummy is a regional variation of Vampire

An immortal, nigh-unkillable creature with the intelligence of a human and vaguely defined magical powers?
Notably, resides in, and rises from, a tomb..

Known to drain victims of their life-force to sustain and repair itself?

The bandages serve the purpose of protecting the Vamp/Mummy from the elements before it feeds enough to lose the fragility of eons of entombment and starvation.
They also provide limited protection from the sun, allowing the Mummy some mobility in daylight hours in the middle of the shadowless desert.

The Mummy's chief distinction is its total lack of familiarity with the present day, its regional flavour of magic, and its initial vulnerabilities due to long starvation. Once it finds its feet (and possibly reattaches them) it will be essentially a regular vampire with added headdress and pointy beard.

Microbial and fungal spores that can infect animals and plants, ranging from anthrax to plague to wheat rust.

Now, there are two answers to this question. To which, I will answer with both. Feel free to choose any or all of them.

Now, while vampires also possess this, a mummy uses it in a bit of a different way. Vampires think small, to put it simply. Mummies raise armies. They used to be a leader, a pharaoh, so why shouldn't they have a kingdom? However, mummies are cowardly. They are quite weak, so they end up simply hiding behind their forces and running away from battle frequently. This counteracts the obvious bonus of having a military force.

Now, vampires, at least I assume, can do any sort of magic a human can, while zombies can replicate themselves using magic. So what do mummies have? Plague magic. They can summon any sort of disease or pestilence, from locusts to crop blight. Mummies can end up being a huge problem, as when they arise, they end up causing pandemics and famine wherever they go. They detest physical combat, instead simply keeping at a distance and killing their enemies with all kinds of sicknesses.

Mummies will end up being a monster you want to keep in check, as if they are allowed to get a foothold, they end up being quite a hard monster to kill. However, we can set a gradient of mummy power. You see, the mummies that have the aforementioned abilities are rare, as there's not that many pharaohs. The less standing a mummy had in life, the less intelligent and powerful it is. So you have very few smart, powerful pharaoh mummies and a lot of lesser mummies that can't summon much more than a dung beetle or the common cold. That, my friends, is my answer. Cheers.

Also, if you are a bored high school sophomore with a basic understanding of science like me who wants to help create a DnD style fantasy world, click this link.

At some point, you are gonna have to let go. The dude is still aging at a normal rate. You are just adding pauses in the process, not making the living portion any longer

Not the answer you're looking for? Browse other questions tagged creature-design fantasy-races mythical-creatures death monsters or ask your own question.

14
What would pants that cover all four legs of a centaur look like?
7
What kind of world would it be when its main species are slimes?
7
If wyvern like creature evolved naturally what would its ideal habitat be?
14
Where would a vampire-like creature get its energy from?
9
What sort of qualities might a tortoise-like animal the size of an Argentinosaurus need to support its own body?
10
What would a Pegasus actually do with its legs while flying?
5
Would a 200-Pound Dwarf Still Need Facial and Body Hair?
5
How would dolphins evolve manipulators and what/where would they be?
4
What would happen if all nitrogen in your body disappeared?