I'm looking for some kind of science based way for people in a near future to be able to walk around in an irradiated area without getting any adverse effects, I was specifically looking at using magnets to deflect alpha and beta radiation, would this be plausible and if not would there be any other ways to achieve this goal?

Alpha particle emitters you just need to keep outside of your body for the most part. A respirator to start, for longer times a way to drink without exposure, and after that some way to not get it on your skin and a way to clean up anything you get on you afterwards. 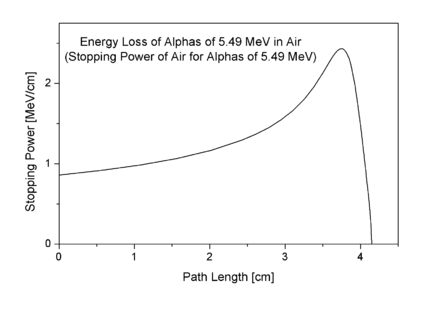 Beta particles can be blocked by thick materials, or a few mm of aluminium (this can emit bremsstrahlung -- basically gamma radiation from blocking the beta radiation). Multiple cm of less dense materials, like plastic, avoids that.

Gamma radiation is harder to stop. Dense materials are best to block it; this is where lead shielding comes in. As noted above, shielding against beta radiation can produce gamma radiation.

Neutron is also bad. Here you want lots of light atoms, like hydrogen, and you have to worry about the material absorbing the neutrons and becoming radioactive in turn (hydrogen is relatively safe against this). Water can be used to shield against Neutron radiation; or water-rich materials, like concrete, which also offers decent Gamma radiation shielding (en-mass). Note that magnets do nothing with Neutrons. But heavy neutron radiation outside of active nuclear reactors is unlikely.

Finally, you have things like radiation pills -- potassium iodide (KI) pills. Radioactive iodine gets absorbed by your body and concentrated in your thyroid, where it kills you.

By taking a KI pill, your thyroid becomes (over) saturated with iodine, and our bodies biological processes go "no more iodine", and doesn't absorb the radioactive stuff at nearly the same rate.

So if you take it before the radioactive iodine exposure, you get some protection. Afterwards it is too late.

Thick clothing that you dispose of (or wash) afterwards, a layer of tin foil, a respirator that filters out dust, and KI pills before exposure; all would reduce the radiation impact. Finally, a sensor to pick up on the harder to shield from radiation (gamma and neutron) so you avoid those areas; radiation falls off in inverse square with distance.

But, to be clear, an area saturated with "decent amounts" of neutron emitting radioactive substances is simply lethal. You'd need a radioactive super-tank with shielding everywhere.

Gamma is the next worse. Here, a full body lead lined suit (including a camera port or some kind of lead-based viewport. Magnets aren't going to help here either, as gamma radiation isn't charged.

Alpha radiation is the stuff a piece of paper, or a few inches of air, or your skin, blocks pretty well. They are heavy and charged (they are high velocity helium nuclei). The danger here is from radioactive dust, where the radioactive particles gets into your body. Magnets would work horribly against this, as its charge/mass ratio is really low.

Note that this is very dangerous -- the fact that paper or skin blocks this radiation doesn't mean that this doesn't kill people really well. Radioactive dust is a big problem, and once inside the body alpha radiation is extremely dangerous.

Beta is charged and light, and magnets could in theory help here, although I doubt in practice. But a few cm of plastic or a thin layer of tin foil (which in turn risks emitting gamma radiation) blocks it pretty well. 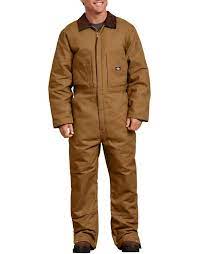 Alpha particles... are relatively heavy, and only travel about an inch in air. Alpha particles can easily be shielded by a single sheet of paper and cannot penetrate the outer dead layer of skin, so they pose no danger when their source is outside the human body.

Beta particles are essentially electrons emitted from the nucleus of a radioactive atom. ... Very energetic beta particles can penetrate up to one-half an inch through skin and into the body. They can be shielded with less than an inch of material, such as plastic...

Alpha and beta particles could be deflected by a magnet. I think if you insist on wearing your skin tight leotard the magnets might be a good choice. You would turn heads for sure. My leotard is not very flattering these past years and so I will borrow my brother's Dickies jumpsuit. Thick cloth can stop those pesky particles. Not sure one mexican wrestling mask is thick enough to protect my face but I have several and will wear them all. You can have a few too.

If there are gamma rays around I will fill my leotard with gold Krugerrands. I have it on underneath the jumpsuit. That would work for you too but would mess up the aesthetics. 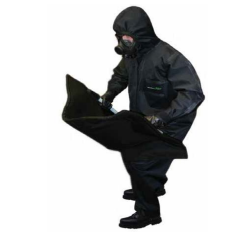 These are made with lead wool filling and can reduce or stop radiation from something radioactive passing through them. Wrap the blankets around the more radioactive debris, or around the thing you want to protect (ie you).

Depending on the decay chain (eg why is the land radioactive? Meltdown? Nuked?) radioactive Iodine 131 may be being created by the decaying elements. If that happens, Potassium Iodide tablets should be taken too.

As you can see from the other answers, there isn't a single device that will block all forms of ionizing radiation. A layered multi device strategy would be required.

Alpha and beta radiation (helium nuclei and high energy electrons) are the easiest to deal with. As @Willk states thick clothing will suffice.

Gamma radiation is only stopped by lead, or similarly materials that are composed of large atoms. Lead tends to be easily obtainable is is relatively cheap. As @Ash states, lead wool blankets clothing will help.

Neutrons are shielded by water. During the Apollo moon missions, the astronauts who walked on the moon worn liquid cooling garments like the one pictured below. This produced a "zebra like effect" where the astronauts had warm and cool stripes.

Such garments could be made to reduce the "zebra effect" by having infill tubes and thus providing more coverage to the body. Such a suit, filled with water could shield the body against neutrons.

The trick with all this is the ordering of the layering.

Closest to the body a person would require a neutron shielding water suit filled with water and boric acid. This would then be covered with a lead wool garment to shield against gamma radiation and some neutron radiation. Covering this layer would be thick clothing to shield against alpha and beta radiation.

With some may layers it would be very cumbersome to move around but it could be done. 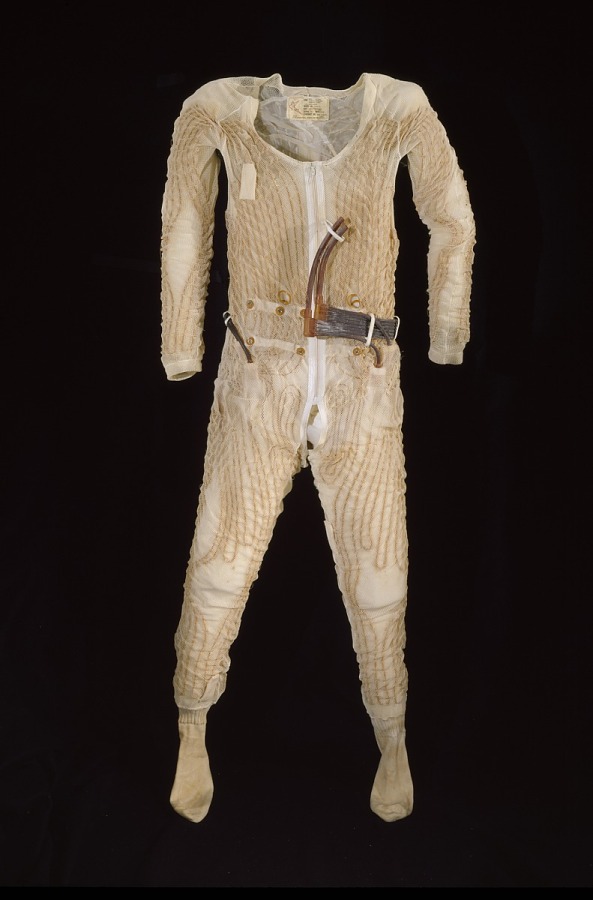 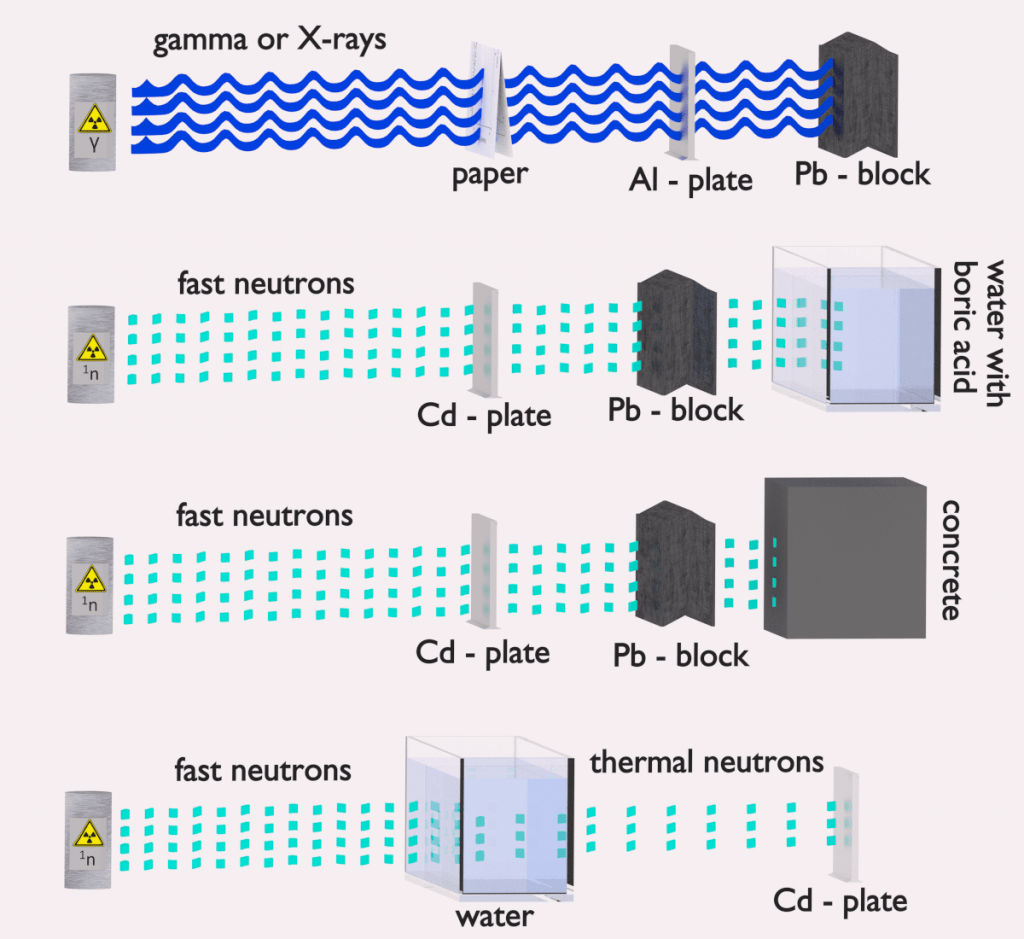 As others have noted Alpha and Beta particles can be blocked fairly easily. If you wanted a more flexible material that might be effecting in blocking gamma and neutron radiation as well, may I suggest fungus! 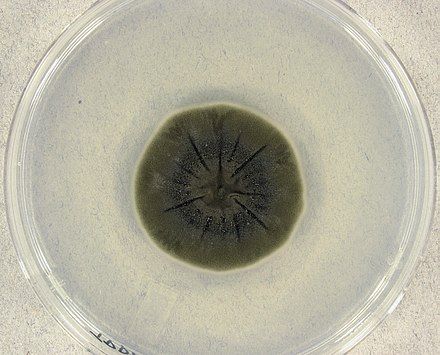 There has been some research recently on radiotrophic fungi living in the ruins of the Chernobyl reactors. A study on the ISS looked at blocking radiation using these very fungi and showed promising results: https://www.biorxiv.org/content/10.1101/2020.07.16.205534v5

Not the answer you're looking for? Browse other questions tagged science-based near-future electromagnetism radiation or ask your own question.

36
How can I destroy a gas giant planet?
26
How might one create a room in which time flows faster?
4
energy based super weapons in space, realistically possible?
4
How would you make an alien bomb to level a city?
2
What measures to regulate/detect/stop criminal use of lethal and stun weapons would be viable and accepted by the public in the near future?
6
How to realistically build a time machine?
18
Can a habitable moon rely on the magnetosphere of its parent planet for radiation protection?
10
Is it plausible to make human gametes from different parent chromosomes?
4
What might be the negative effects of researching or implementing the Searl Effect, Moray Generators, Perendev Generators, et al.?