Making the Moon brighter with talcum powder - how much brighter could it be?

A future nation wants to make the Moon as bright as possible in order to save massive amounts of night-time electricity on Earth at certain phases of the moon.

The plan is to coat the Moon's surface with a layer of talcum powder. (EDIT or other white powdery substance if talc is unstable on the Moon)

Ignoring the logistics of the exercise, and the availability of the white substance, how bright could the sunny side of the moon be and how bright would the night side be compared to now?

Please ask for clarifications before answering.

The moon's albedo is around 0.1, meaning it reflects about 10% of the sunlight that hits it, for a peak illuminance of a few tenths of a lux (sources on albedo and lux). Even if the moon were a perfect mirror, it would only reflect 10x as much light and would only cast a few lux, making its illuminance during a full moon only a few hundredths of a percent of the sun. A perfect mirror supermoon would barely qualify as emergency lighting, which is normally a few lux. Under the absolute best conditions, a completely reflective moon would have about a third of the illuminance of a typical streetlamp. On average, it will be less than a tenth of a typical streetlamp, making it rather unsuitable as a replacement for electric lights.

Talcum powder will increase the albedo of the moon, but certainly not as much as a mirror finish, so the effect will be extremely modest at best. No amount of increase in the moon's albedo will make it a viable night-time illumination source that can replace electric lighting on its own, as it will never be as bright as a regular street lamp, which is normally 10 lux. Increasing the albedo of the moon will help you see better during the night, but for almost any application where you already have night-time illumination (streets, sidewalks, outdoor events, etc.), you'll still need illumination even with a 10x as bright moon. The electricity savings will be small, since there is very little external lighting that becomes unnecessary with a brighter moon (although I suppose you could turn all the electric lights down a few percent if the moon makes up the difference).

EDIT: To summarize the comment chain below, I'm not in any way arguing that the moon is not or could not be a useful illumination source at night. But it will never replace electric lighting, as its illuminance is far below that of electric lights. At best, the moon could produce about 10% of the lighting level that is deemed useful and appropriate for the general public in day-to-day life. Since we're talking about a society that is engaging in planetary-scale projects, I think it's safe to assume its citizens need night-time lighting for more than not tripping over things in the dark (which can be done at mere thousandths of a lux, no moon alterations needed). Anything that requires moderate visual acuity, like making out text or faces or objects quickly or at a distance or while moving will be difficult by moonlight no matter how shiny the moon is.

First of all, for lunar regolith we can neglect reflection and just consider scattering.

This paper simulated the scattering properties of the lunar surface, and came to values around 22% of reduced reflectance for incidence angles between 32 and 57 degrees. 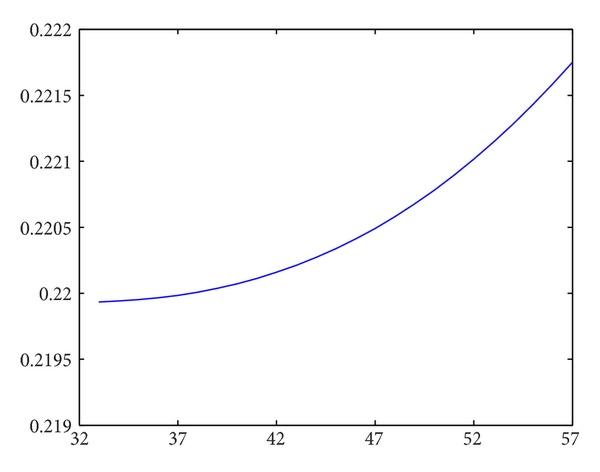 I haven't been able to find a comparable chart for talcum, beyond generic statement like "talcum is highly reflective" or non normalized spectra, like this one 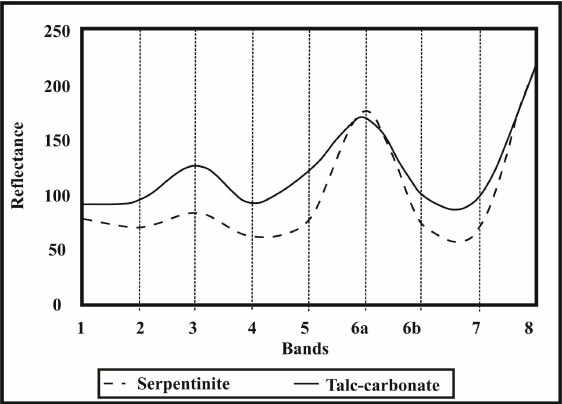 If we make an assumption that talc is from 2 to 3 times more effective than regolith at scattering light, we get that the talc covered lunar surface would roughly reflect back a similar proportion of light.

Since, according to this

the talc covered full Moon should be somewhere around -13.7.

Use your talc for mirrors!

First, contemplate the economics of a future nation. Given that it's the future (not necessarily very far in the future), there is one man, the Consumer, who owns all the corporations, minerals, rockets, politicians, religious and charitable foundations, eyeballs, etc. Provided he is happy you have more or less 100% market penetration and you can count the project as complete.

Now talc can make flat tabular crystals. These are rare and usually microscopic, though you can find some pretty alleged examples online in an image search (the better looking ones I found were temporary images from auctioned minerals). If you have the resources to resurface the Moon, I imagine converting the silicon dioxide and magnesium from regolith and scarce lunar water into perfectly flat reflective plates of talc, though as some say, there may be better choices.

Once you have covered the Moon in mobile reflective mirrors, pointing at the Sun, someone looking up at it from the right spot will see lots of Sun, depending on the gaps between mirrors based on the angle they need to make. The "right spot" is actually pretty big, because these mirrors are flat, so anyone within 0.25 degrees (angular radius of the Sun) of the Consumer, as seen from the Moon, will have the same effect. The angular diameter of the Earth is 1.8 to 2.0 degrees, so luckless peasants far from the Capital of the Earth, or who are not invited when the Leader goes on vacation, will see only a drab Moon, lacking in features as the Man in the Moon has been banished as the backward superstition he is. Perhaps some advertising might be superimposed on the space. The transition from this to the lit moon could be very abrupt if the mirrors are all directed correctly, though it might take some doing to correct for small astronomical aberrations based on distance.

Note that this system does not actually focus light, so it can never be brighter than the Sun, though one supposes a wise Leader would have a very well secured feature to permit the mirrors to be warped a little and focused on a potential source of dissent.

According to the Wikipedia (https://en.wikipedia.org/wiki/Moon), the moon has an albedo of 13.6%, which means that 13.6% of the incident light is reflected/scattered by its surface back into space. As such, the max. theoretical gain is a factor of 1/13.6% = 7.4.

That said, to achieve this brightness increase, you must use a very white substance that you can easily create on the moon itself. Otherwise, the logistics of bringing all the megatons of material to the moon would kill you. So, what is a good material? I believe the answer is magnesium oxide: This is a very white powder, so white in fact that it has been used as a reference white for quite some time, as well as in applications demanding for the highest possible albedos possible. Now, the lunar regolith (the dust that covers the moon) consists of a whole bunch of oxygen, as well as 5% magnesium. "All" you need to do is to take a pile of lunar regolith, extract the magnesium and a small part of the oxygen, and produce that awesome white powder to cover the moon's surface with. 1kg of regolith is enough to produce more than 80g of magnesium oxide, which can cover quite a substantical area as a layer of thin, fine dust.

Not the answer you're looking for? Browse other questions tagged hard-science moons light or ask your own question.

27
Moonlight bright enough to see by

12
A world with a moon orbiting much closer than ours
6
How could I make the moon appear larger?
14
Moon occasionally appears much larger in the sky
2
Could a moon with twice the tidal pull change oceanic currents?
1
How much energy is needed to get water from the moon into low earth orbit?
28
How can spacecraft manufactured on the moon be powered?
22
Always a full Moon for the Emperor - Can this be achieved with solar panels and LEDs?
4
First visible signs of human habitation on the Moon. What could we see from Earth?
3
How much damage would a fractured moon would do to a world