How well would a cruciform pupil work? [duplicate]

After watching the science fiction film Chimera, I noticed that one of the main characters (actually a chimera, a hybrid of a human and several animal species) had cruciform pupils and after some thought I wondered how plausible (how well it should work) with a scientific point of view would the use of the cross-shaped pupil by some omnivorous species, like a human?

After all, such a pupil would combine two adaptations of the animal world at once. Horizontal pupils in goats would allow them to orient themselves well on flat terrain, expanding the viewing angle, and vertical pupils inherent in ambush predators would allow them to estimate the distance to the target as accurately as possible.

Relevant paper, for those of you who are interested.

Horizontal pupils in goats would allow them to orient themselves well on flat terrain, expanding the viewing angle,

Horizontal pupils are largely (though not exclusively) found in grazing animals whose eyes are on the sides of their heads. Without those side-mounted eyes, there's a much reduced scope for improving fields of view.

vertical pupils inherent in ambush predators would allow them to estimate the distance to the target as accurately as possible.

The theory seems to be that having vertical pupils creates a slightly different depth of field to that presented by round pupils, making it easier to establish distance (roughly speaking, it increases the blurring of out-of-focus horizontal features, things which are hard to calculate distance of using stereo vision alone). The problem is that by adding a horizontal aspect to your newly designed eyes, you've effectively undone the advantage that the vertical pupils may have given you in the first place, because you're partially undoing the astigmatism that the vertical aperture gave you (and maybe introducing some new distortions, too).

Note also that the vertical slit pupil is limited to species who are predators with their faces relatively close to the ground, as the benefit of blurring of horizontal features decreases as the angle between the line-of-sight and the ground increases. That's why birds which might want to ambush ground-dwelling prey without smashing themselves into the ground just go for round pupils, and perhaps why humans have them too.

So, maybe it would look cool, but in practise it seems unlikely to have any particular advantages, and may in fact make vision slightly worse as well as requiring a more complex iris. 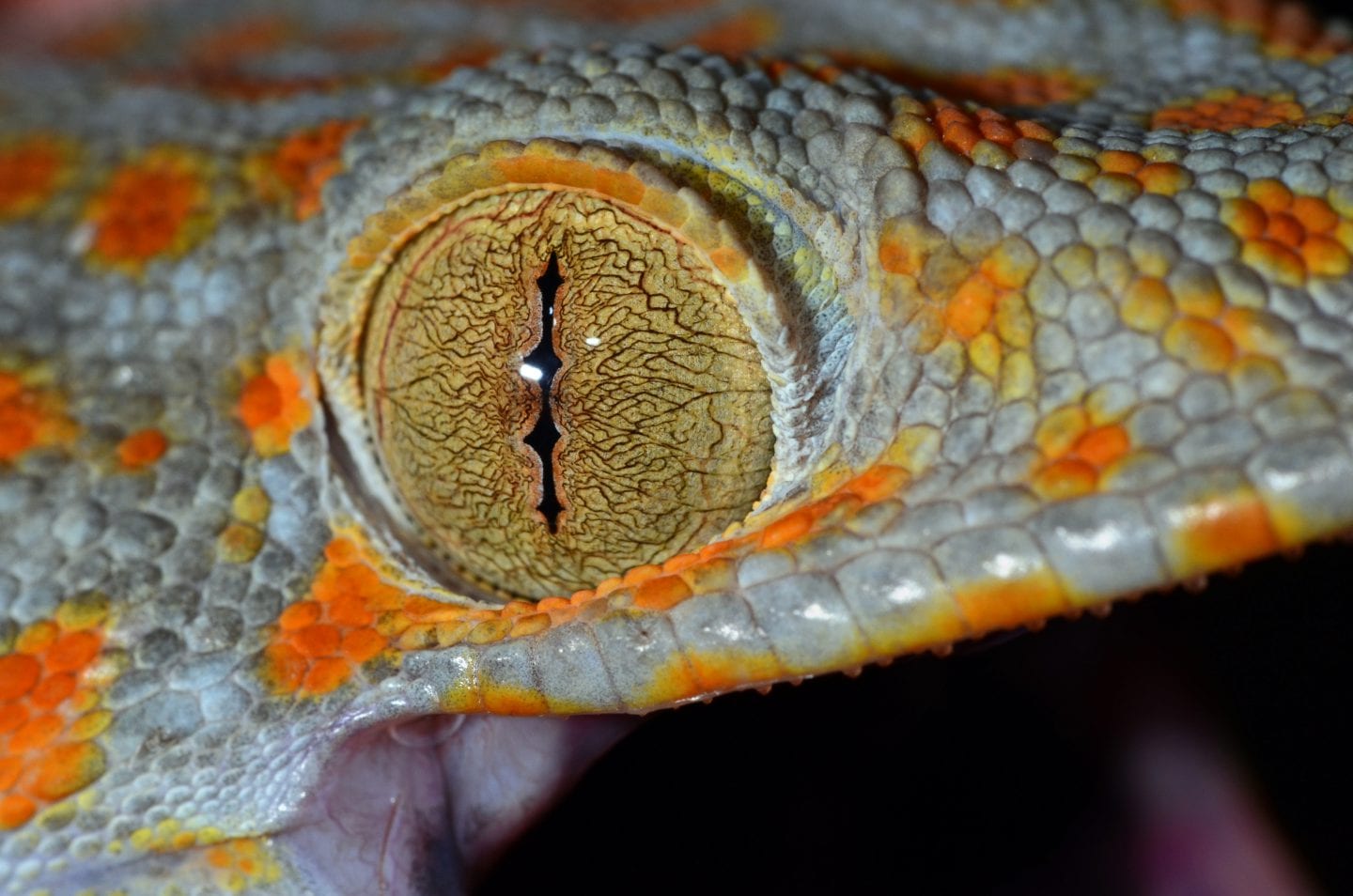 However, this seems to mostly have the benefit of increased dynamic range, not for "flat terrain vs distance". The transition from a wide-open, circular pupil to the small pinhole that a cruciform pupil would provide would likely give a change in pupil area of 300 times, compared to normal humans at 16 times. Other reasons given in the paper linked above, and this article, are:

5
How would a person see with an adjustable cross-shaped pupil?

16
How would a two thumbed hand work
8
Stationary eye with moving pupil, is it possible?
6
how would the carnivorous grassland work?
61
Why is this creature afraid of water but not of body or plant fluids?
7
What factors would allow this caninoid species to evolve successfully?
3
How would tattoos for shapeshifters work?
8
Can a horse-sized flying creature grab and carry a human's weight while flying?
4
How well can this creature balance?
4
Multiple "brain-backups" in the spine, how would it work?
2
How would a "Tesla tree" work?