Climates of a Eurasia-like continent in the tropics

I'm working on an earth-like world that has a two main continents akin to Eurasia+Africa. but centred on the Equator. Basically, the premise is to shift the east-west axis of diffusion that exists on Earth across the Eurasian steppe south to the tropics. Therefore, I'm looking to maximize savannah and/or hot steppe climates, although tropical rainforests are by no means unwelcome. (if anyone's interested, I'm trying to create a world that goes counter to the popular idea that agriculture and thus civilization can only arise in mediterranean/temperate zones; I'm reading Tropical Forests in Prehistory, History and Modernity which has really changed the way I understand both agriculture and tropical climates -- a PDF can be found for free online :-) )

In all respects aside from the continental layout the world is like Earth. The highest mountains are at the collision of the "African" and "Eurasian" plates. I haven't yet worked out montane climate zones nor sea ice.

I've taken a crack at the climate method outlined in Artifexian's videos on the subject, but after taking a look through Geoff Eddy's climate cookbook, I think I may be missing some nuance, especially when it comes to such large equatorial continents. I've read that rainforests produce more than 50% of their own rain, so I've tried to give less import to onshore winds and generally make the regions near the equator wetter than my instincts would lead me to. My climate map after a couple of iterations looks like this:

Am I on the right track? In particular, is my distribution of tropical rainforest and hot desert right? Is the continent big enough that the interior would be dry out of sheer size? Related: how are my ocean gyres? There are some narrow seas in between continents that it's not obvious to me how water would circulate in; getting these right will help me properly situate my deserts & fine-tune my Ferrel cell climates.

Overall I think this is realistic, but given the prevailing winds and position of mountain ranges, I think you've overestimated the extent of the rainforest and underestimated the arid and desert.

But arid climates so close to the equator? Peru, Equador, southern Somalia, and Kenya have 'em.

There are some narrow seas in between continents that it's not obvious how water would circulate in.

The opposite direction from what you expect, but I'm not entirely sure why. The surface currents of the Mediterranean, Caspian, and Black Seas, and Hudson Bay, circulate counterclockwise, though oceans at the same latitude circulate clockwise: 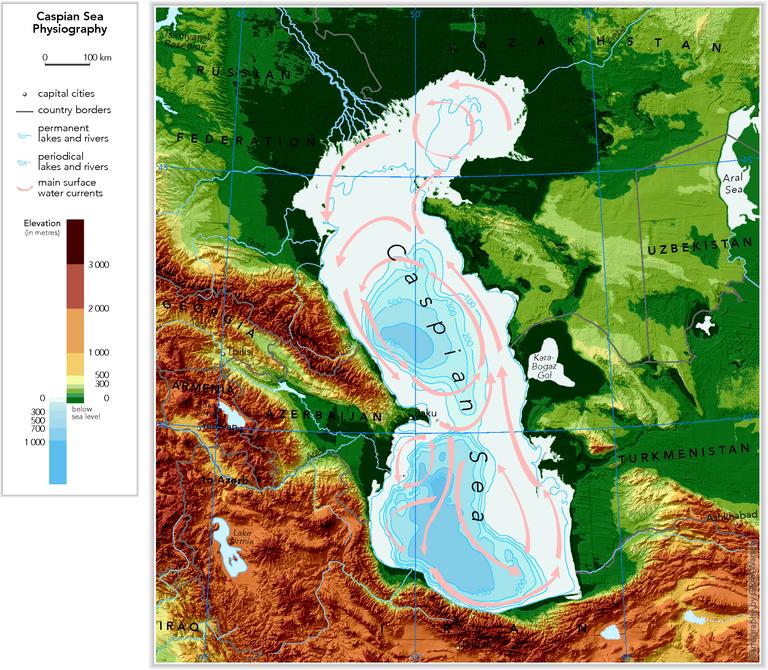 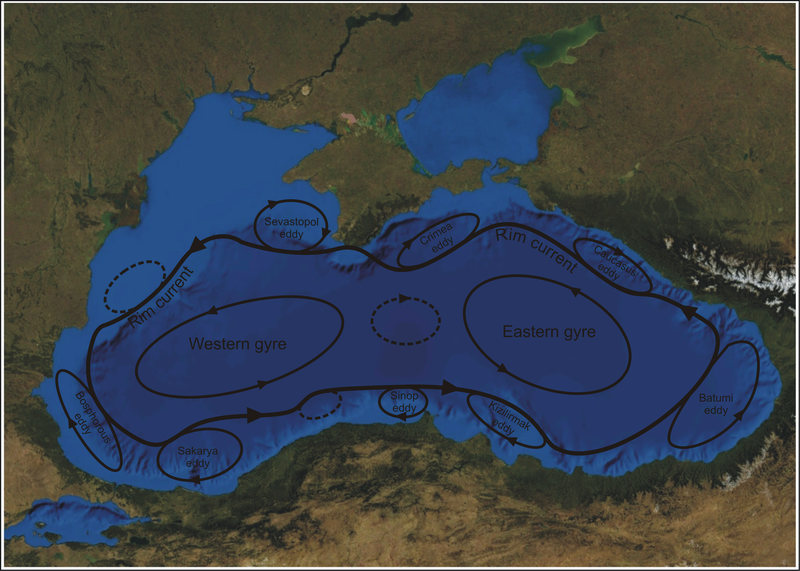 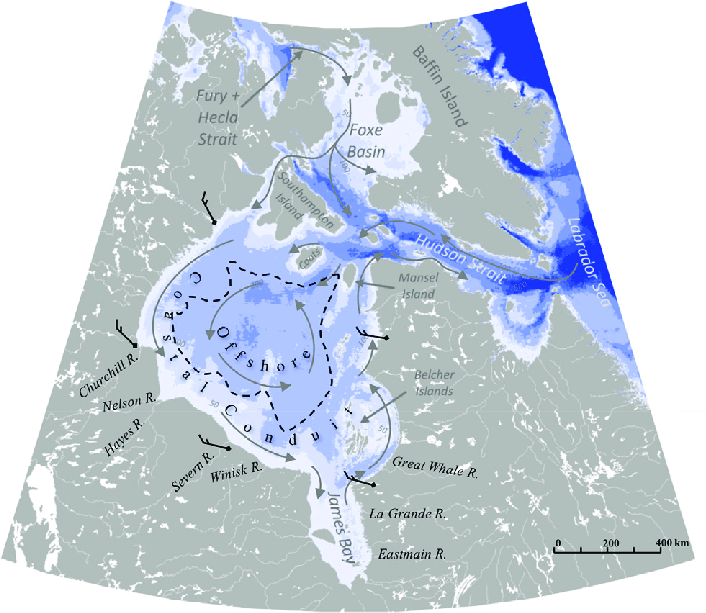 If your continent were shifted 30°+ north or south I'd imagine these inland seas would have a notable impact on local climate, but aligned as they are in the tropics I wouldn't expect it.

Not the answer you're looking for? Browse other questions tagged science-based earth-like climate geography weather .

6
Seasonal pressure areas over continents located in both northern and southern hemispheres
4
Would large enough equatorial continent produce a central desert through sheer size?
3
Is my large tropical continent too dry or not dry enough?

4
What would pressure belts look like on a world with continuous land?
5
Rainfall - poles versus hadley cells
4
Would a lack of landmasses at the equator change climates closer to the poles?
12
What would the climate zones of Pangea be?
2
Does my climate map work?
5
Assigning realistic climate zones
4
What climates can I expect on my fictional continent?
3
Help with Pressure, Winds, Precipitation and Climate Zone
3
Is my large tropical continent too dry or not dry enough?