Is the vibrancy of the color of blood visibly affected by blood cell content?

Part of this story I'm writing involves a human subspecies who are adapted to extremely high altitudes -- as high or higher than our real world's Tibetan population, let's say. I've done research that indicates that the Tibetan adaptation to high altitudes in part involves either a decreased red blood cell count or a dramatically reduced amount of hemoglobin. I'm not sure if those terms are synonymous (I'm guessing they are), but sources agree on it being related to the EPAS1 gene. Anyways, I'm thinking about using the same mechanism for this population, although since they live higher up, and they've had a longer time to adapt, I assume they would have a proportionately more intense version of the Tibetan adaptations.

What I want to know is whether a significantly reduced red blood cell count, across this population, would be visibly discernible in their blood to the unaided eye, and thus what color their blood would be relative to lowlander red blood. Would it be less vibrantly red? More so? I initially wanted blood as vibrant as red paint, but I'm trying to be realistic.

You won't notice a difference.

What the research is showing is that Tibetans don't have the elevated red blood cell count or hemoglobin levels expected when others (lowlanders like me) go to high elevations. Essentially, they have blood that more closely matches what lowlanders have at low elevations, but still do quite alright. As stated in this paper:

The Tibetan hemoglobin distribution closely resembled that from a comparable, sea-level sample from the United States, whereas the Aymara distribution was shifted toward 3–4 gm/dl higher values.

The Aymara don't have this gene (EGLN1) which keeps the hemoglobin levels low, but they also live at fairly high altitudes. When lowlanders go to higher elevations our red blood cell count increases and hemoglobin concentration increases. This helps us get enough oxygen, but it also causes altitude sickness, so is detrimental over long periods of time.

So, you may notice a difference at altitude, but it's the lowlanders who will have slightly different color of blood. But the difference is small. 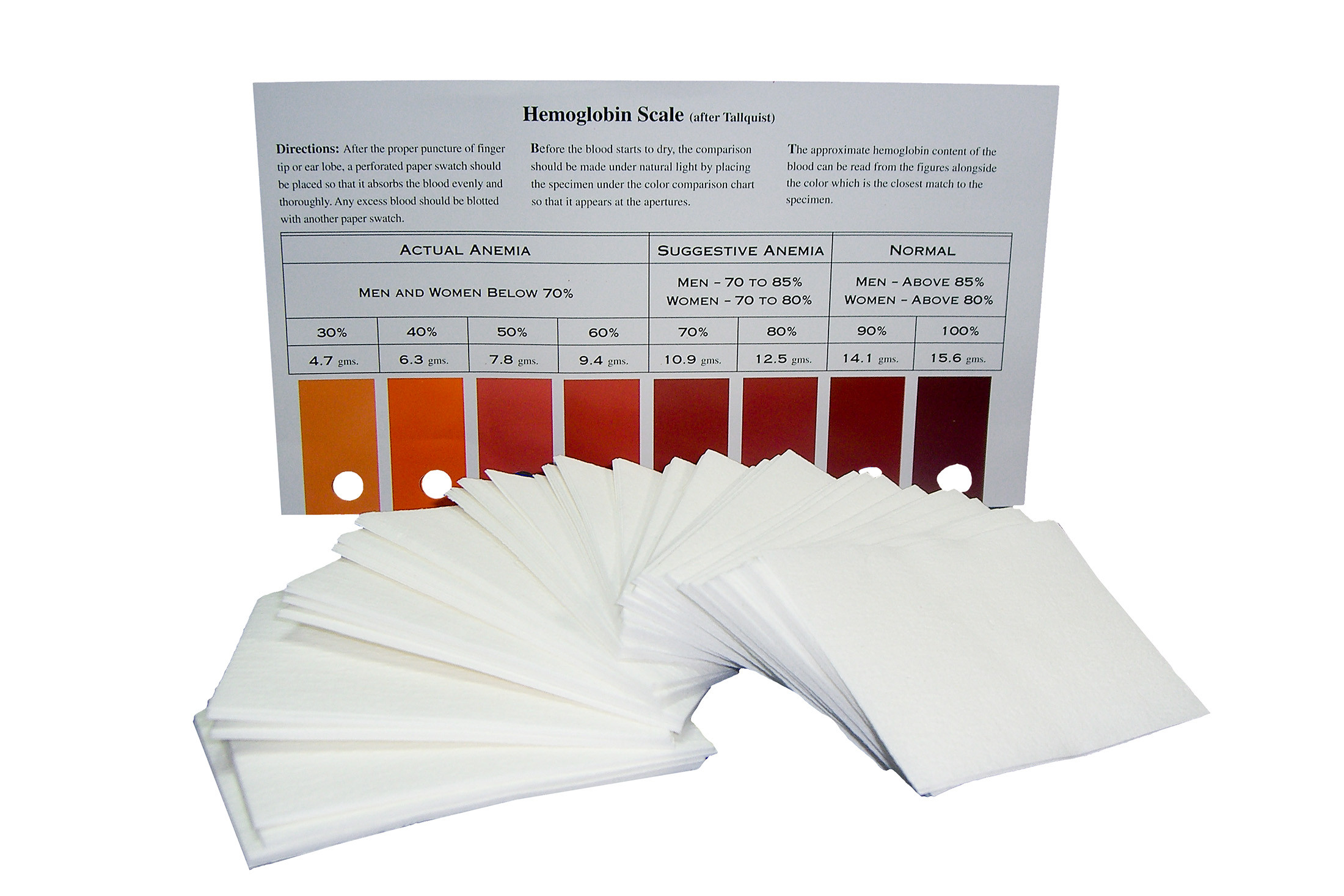 Tibetan males and sea level American males are in the ~14µg/dL range (the second to rightmost block). A lowlander going to high altitude will have a blood color darker than the rightmost block, at >19µg/dL. I actually can't find a suitable image for how deep/dark the color gets, but the trend seems to indicate it will get quite dark.

Not the answer you're looking for? Browse other questions tagged biology humans oxygen blood .

12
The benefits of alternate blood bases?
9
Golden blood of the Gods, How does it work biologically?
3
Blood Transfusion in the Middle Ages
9
Radiation shielding in the blood?
4
What kind of metal-based blood types be effective/used in transporting non-oxygen gases and what would their color be?
5
Can silver affect blood or bone color?
4
What color would humans be if our blood wasn't red?