What are the challenges in containing dangerous compounds?

I’m writing a story and I’m not sure if one of my plot devices works. I asked a similar question on Physics SE because I thought it concerned quantum tunnelling but they needed more information to answer it and I don’t know how to get that information. Any advice that can be given would be sorely appreciated.

In my plot, the military have developed a new compound that bonds with organic material and is also a poison in that it asphyxiates once inside the body. [It is unlike cyanide though which features elsewhere in the story.]

The problem is, the compound is difficult to contain in the volumes required to produce it. It is safer when installed in weapons in small amounts but large volumes seem to be unstable and leaks keep being found - with lethal consequences.

In the back of my mind, a nagging voice equates smaller volumes being more unstable in reality, I guess due to the unpredictable nature of constituent particles.

Still though, my plot demands that the military are finding the compound impossible to contain safely (at production levels).

My question is, how exactly would a compound prove so hard to contain? I imagine it breaks down in some random way and the constituent particles escape through minute weaknesses in the containment material or even tunnel through seemingly solid walls (like I mentioned with quantum tunnelling).

So, I’m a bit stuck with the technical aspect of my story.

Would it be possible to develop an uncontainable substance?

Storing liquid rocket propellants has been been a tedious business that has kept thousands of engineers employed since the '60s. The variables of primary interest are time and mixing/settling/agitation. Over time, stuff decomposes, especially if there are a few molecules of catalytic impurites in the container vessel. Then the decomposed species stratify into regions of different compositions. Some of these get unstable rather quickly. Sometimes you get gasses under pressure. Sometimes you get ridiculously strong acids that sink and eat the container bottom. Sometimes you get all of the above in one drum.

So you have a theoretically storeable compound that is quite simple, like hydrazine or RFNA. But catalytic impurities start a decomp that blossoms into dozens of species with different densities and phs that react at different rates. Inert liner materials start dissolving into the mix, exposing less pure structural material to a host of new chemicals.

Chemistry tends to be a bit more complicated than the simple free-radical reactions taught in high school. Hydrazine (N2H4) basically decomposes into N2 and H2. How complicated can that be? 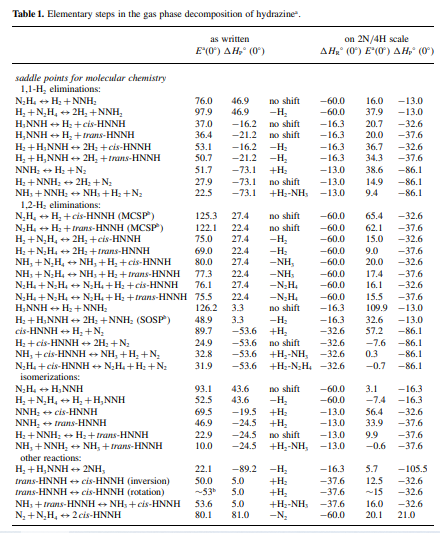 So pressure would be one easy example of something that is easier to manage in small sizes. Shells and other ordinance usually have pretty serious structural minimums just to survive the gun. A bit of internal pressure isn't likely to be a problem. But storing a thousand cubic meters of self-pressurizing nastiness is another matter.

This already exists, sort of. If you put one oil-soaked rag in a corner, it sits there, very slowly oxidizing. If you put a big pile of them in a corner, enough heat is retained that, after a while, it catches fire.

So, think of a similar mechanism by which a large volume leads to sufficient creation of either heat or caustic byproducts which cause the leak.

15
What are the ramifications of exoskeletal powered armor for a rat?
21
Where are all the bodies?
5
What are the dangers of using fusion rocket engines in atmosphere?
1
What gases are made by a live, crackling, exposed electrical wire?
36
What are the effects of slicing the Earth in half with a particle beam?
21
What are most likely to be the first space weapons?