Before we start, sit back and relax, and let me have you a cup of context : Last month, While wandering on the netdom, I wondered how I'd add some cultural interest to my medieval fantasy kindom. As I was lost in thought (and among dog and cat pictures), I somehow stumbled upon the concept of thermoacoustics. In ultra-short, it is about relating sounds to temperature and vice-versa, by for instance making sounds through hot-to-cold airflows made from a precisely located source of heat.

As I looked into it, I thought to myself : "I have mages who are able to control fire magic. I like the concept of thermo-acoustics and I also like the sound of wind instruments... So why not use some of my fire magicians to make some heart-warming music?"

The issues I faced

As I delved deeper into this, some points have begun to worry me. Namely :

This all brings to my last key point :

This all brings to the impending question :

How can I create a good-sounding portable fire flute?

Here's my goals regarding this instrument :

The fire magic involved is relatively standard, but to be sure everyone is on the same page, here's what I have already set on this topic :

To create fire, the sorcerer needs to focus some magical energy from within themselves and throw it outward, resulting in the production of a flame. Magic in this case effectively replaces the fuel such as wax or wood in the fire triangle and give the initial heat impulse and spark to start it, too1. This means you still (but also only) need oxygen to sustain the fire through magic. It can be produced from any part of the body, though most magicians are used to produce it from either their fingers, the palm of their hands or for some their mouth and/or feet. You don't need any specific item such as crystals or relics to use magic.

Concerning power output and long-term focus, consider there's no limit to the amount of power range you can choose. Most mages have a fine control on the lower as well as higher temperature levels and area of effect, and unless you ask them to engulf several building in flames, they should be able to keep on long enough. There are however two limitations to take into account : Producing fire from a distance and doing so while moving relatively to it.

First, let's talk about producing fire from a distance. What do I mean by this? It's possible to throw long fans of flames over several meters, but it's really hard to make a torch lit up from afar without sending some heat between you and it. It's akin to the difference between moving a chair with your hands or with the tip of a stiff rope : Pushing with the rope is harder and need much, much more energy as the force is defused along it. However, it's still possible to throw fireballs and such : The technic there is to create the fire in proximity to the body and build some magic for it to feed on, then impulse it forward. Sort of like you molded a ball of wood, lit it then kicked it away before it extinguishes. In this case, some heat is sent on the way between you and your target, but in a short pulse compared to a fan of flames.

Second constraint, focusing your mind and body to create an accurate source of fire from a distance is harder if the point where the magic is flowing out is moving relatively to the target, especially in a non-linear way. If you try to fry a precise point inside a cylinder, it's easy if you grip your hand on it, harder if you slide it significantly along the tube -it's linear-, and much harder if you dance around while the tube is laying on the ground (not accounting energy loss from the distance).

To sum up, you can't reasonably produce a good concerto's length of music if you move your fire source (hand/mouth...) at more than about one finger away from the fire target, and you'd need a few years of fire magic experience if you need to slide your hand along the flute while keeping the target locked, and easily 5 to 10 years of continuous practice while moving non-linearly.

Finally, note that fire magic usually doesn't burn up its user : As long as the fire is sent outward from them, they are relatively well protected from it (they at most feel warmth). However, they are much less protected from heat going back to them or when it is accumulating in the environment. Instances of such backfiring can be burning air bouncing back from a wall close to them, or as heat is transmitted from the back of a cylinder to their fingers through thermal conduction. Keep heating up an iron bar you hold for 5 minutes and you'll surely get your day of blisters and burns.

Other world data and constraints

1 : Note it's possible to generate pure heat with my magic system without flames, but I believe it's exhausting enough to not be a viable option to play an instrument using solely pure heat generation. 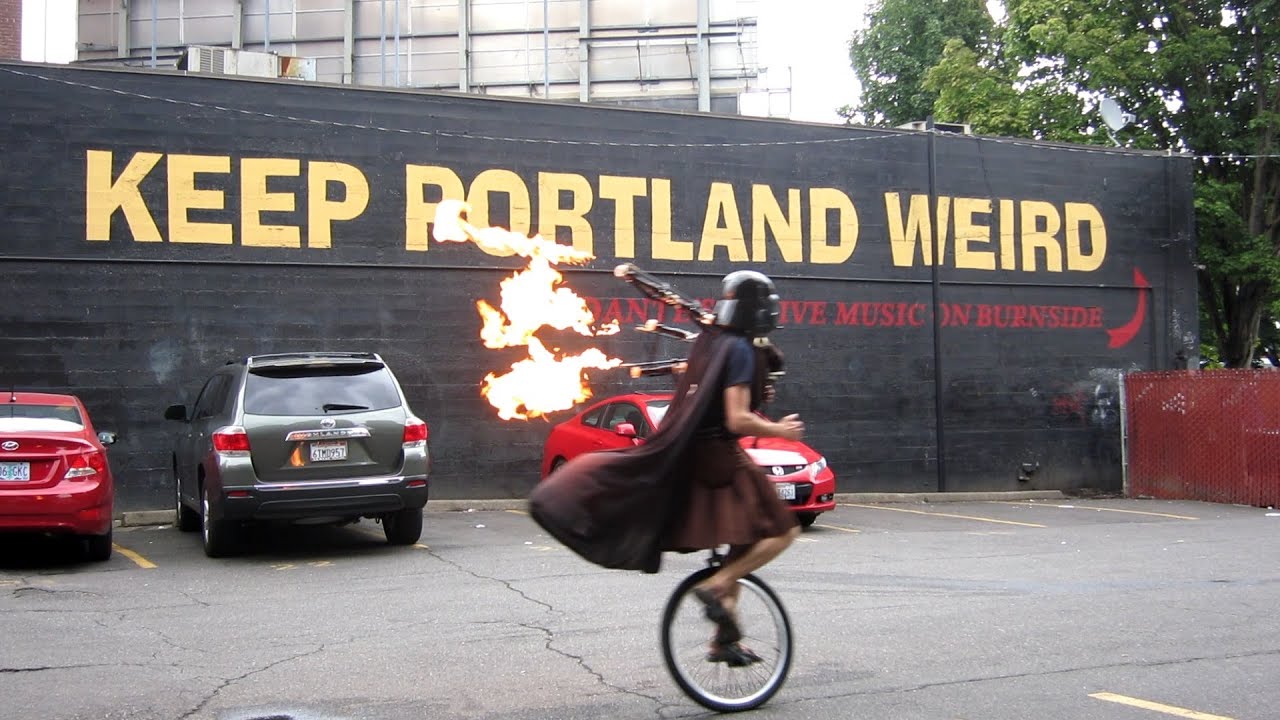 Flaming bagpipes are both portable and a thing in real life. You build them by having a propane container in the bag, and a switch or two to control gas flow and sparks. Some builds have the gas going through special pipes rather than the drones (the pipes that play sound). Your mages need none of that.

While playing, a mage can shoot heat through the chanter (the pipe you blow and finger) to the drones. Then spark at the middle or end of the drones. If they are wooden they might withstand short bursts. If they are metallic they can withstand flames longer, specially if they are made of tungsten.

The flames will change the pressure in the pipes, changing how they sound. Mages will be able to fine control thay. As any hard skill, practice makes perfect, so it takes talent and years of training in magic and music to do it right.

As this is a very... Regular... Instrument, non mages can play it too. It won't be as metal and won't have the fiery notes though. For a perfect performance though have the pyromancer team up up with a geomage on a resonator guitar, a hydromage on the drums and an aeromage with another set of bagpipes as you play The Trooper (no magic there but use your imagination).

What you need is a fire-powered Theremin!

The real-world ones would definitely look like magic to anyone who didn't have electricity. They sound weirdly flute-like.

KATICA ILLÉNYI - Once Upon a Time in the West - Theremin (video) 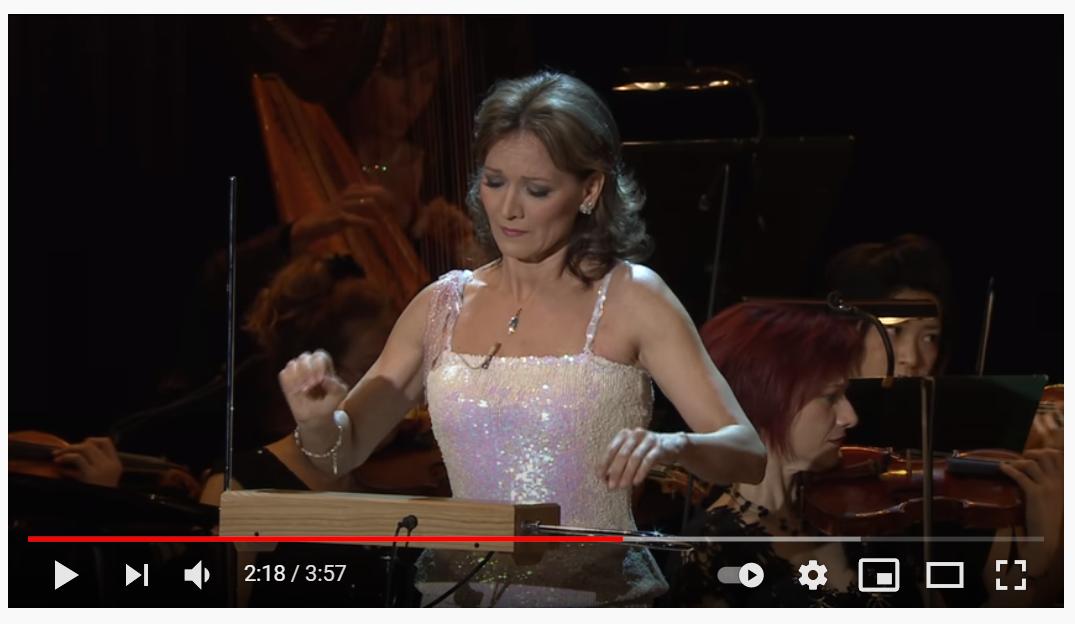 It would actually be possible to make an IRL electric Theremin that works by heat. Simply replace the electric part by magic.

Incidentally, you might like to search online for weird instruments. It's amazing what people have actually made.

Not the answer you're looking for? Browse other questions tagged magic fire music or ask your own question.

9
Could rap/hip-hop exist in medieval times?
75
Would we find alien music meaningful?
5
What would an instrument adapted to playing dodecaphonic music look like?
10
Magic for tone-deaf people in a world where magic is performed through song
4
Could a language based on absolute pitch develop music?
4
Ceremonial flute choirs as a predecessor to the orchestra, how plausible is this?
11
Is there a way to make a high pitched musical drum instrument that only can be heard by a dog?
8
Would fire/heat powers be actually dangerous?
5
How many notes can devils play with their horns?
3
perpetual music geo machine