How Should Cuisine Vary Across a Geographically Diverse Empire?

The Argentolian Empire is a massive land that spans a region roughly the size of the continental United States. Located in the southern hemisphere of its planet, the north is generally tropical, the south generally has a Mediterranean climate, and the middle is a series of harsh deserts and high mountains.

Here's a climate map of Sparteia, a northern region of the empire:

Here's a climate map of Pheron, a central region of the empire: 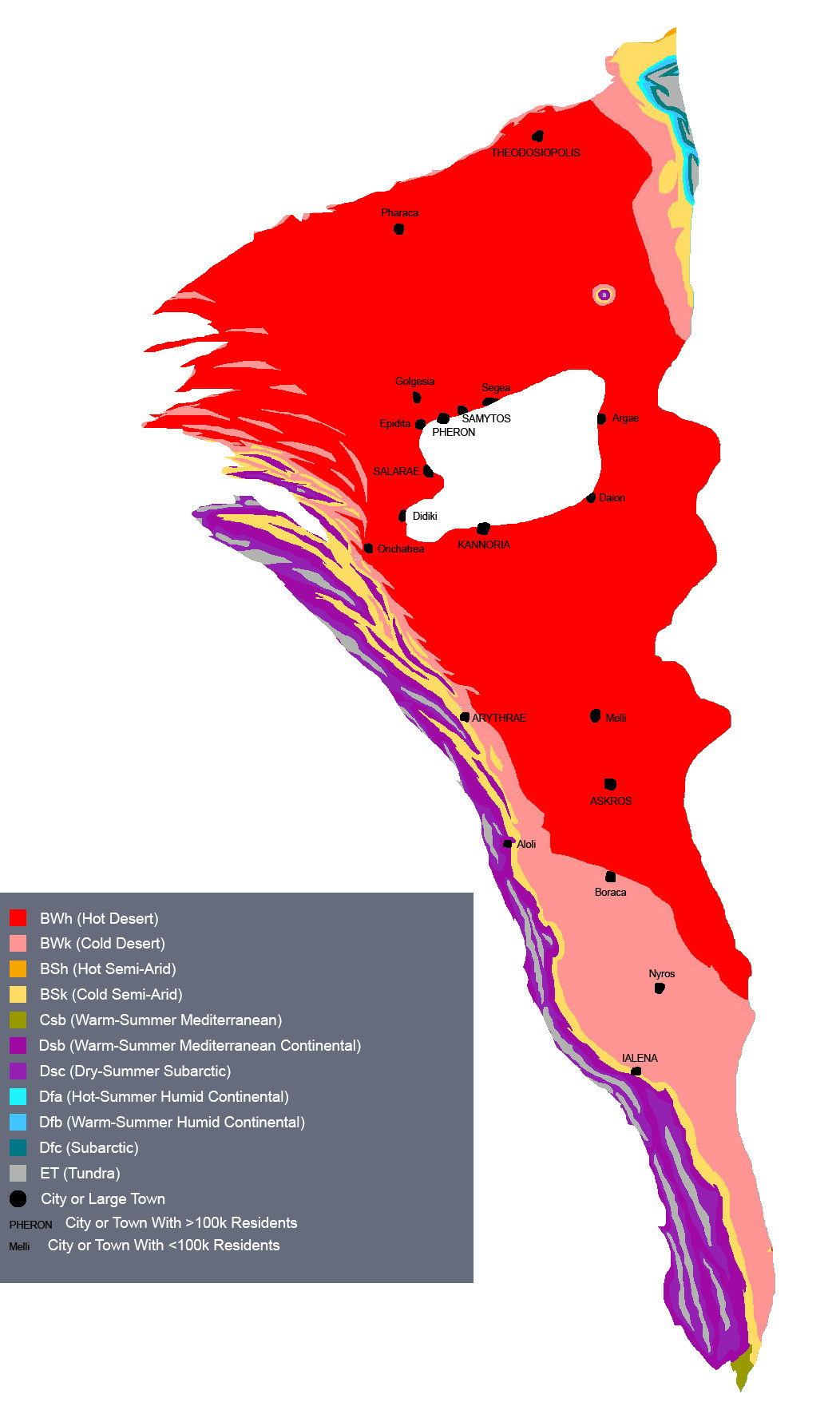 And here's a climate map of Lurias, a southern region of the empire: 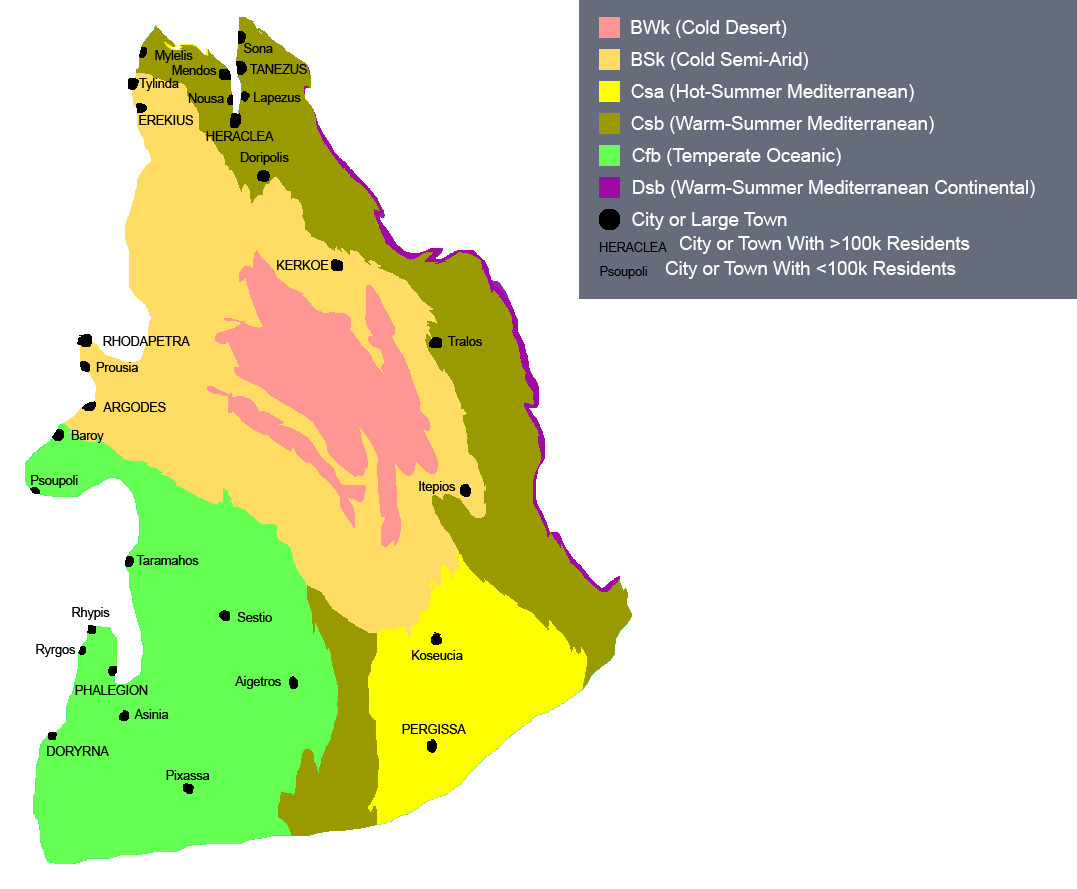 Finally, here's the whole empire just to give you an idea of where everything goes: 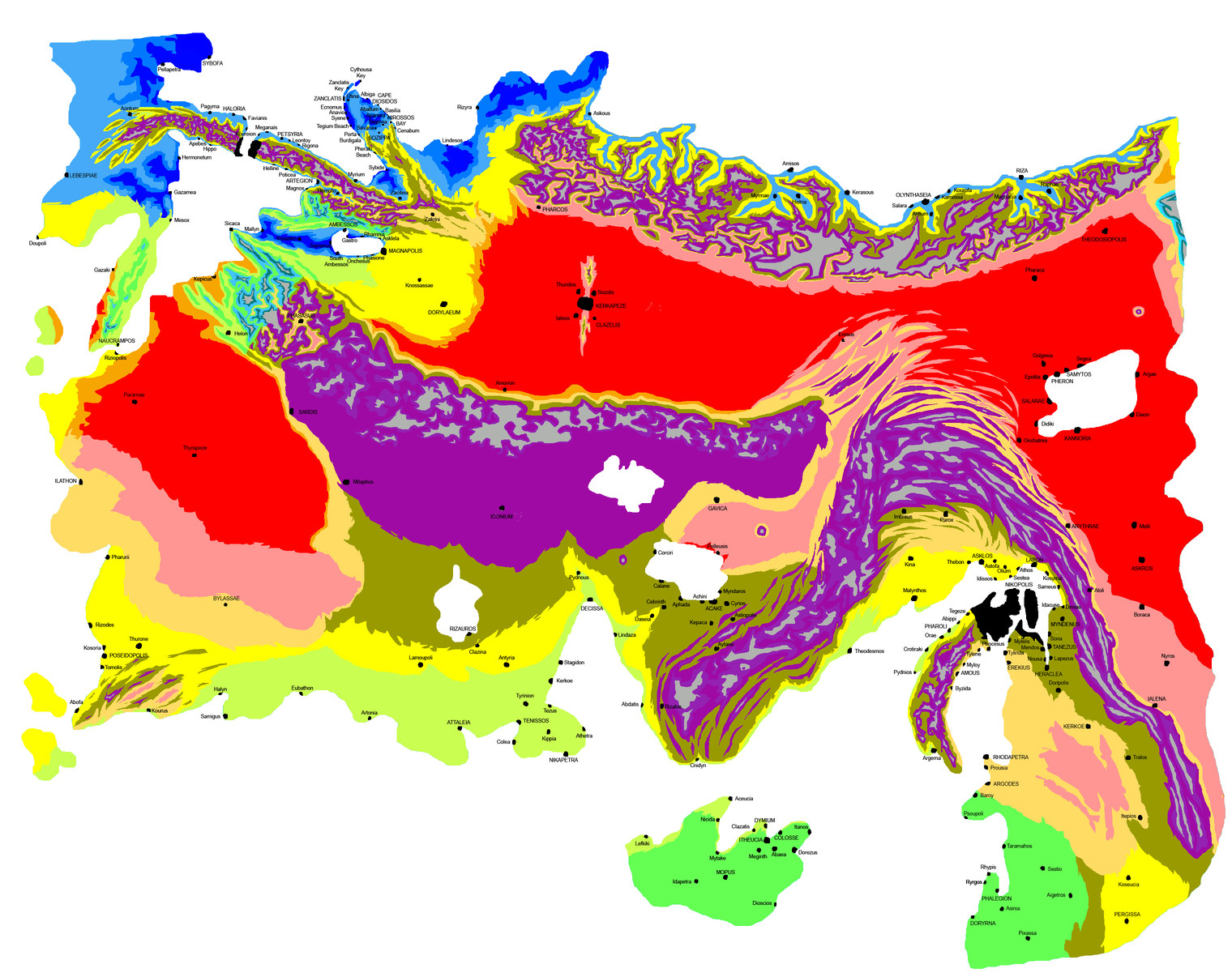 Given that the Argentolian Empire has the flora and fauna of the Palearctic, Nearctic, and Neotropical realms (for the purpose of ingredients), how would this varied geography and varied climates affect differences in cuisine in these provinces and just in general?

Weasel I am going to guess that you are American and I mean no offense if you are not. Most Americans would struggle to identify differences in cuisine across China or Africa or Central Asia but many of us know something of Europe - we can find it on a map and know that it is comprised of many little countries all with different languages that used to fight a lot but now are part of one big happy Empire called the Empire Uropean. Except the United Kingdom that bailed out.

Some of us have even gone to Europe. I went to Europe. In Portugal even little bodegas had these giant white smelly slabs of hard salted fish. I thought "good god who would eat that given a choice of anything else?". Those folks, it seems. It was not bad but they had fresh fish too! In Spain which is right next door I did not see any of that but they were eating a lot of other unusual stuff like snails. In France they ate horse kidneys which I had not heard of eating before. Also snails. Italy had pizza and tiny cups of coffee. I did not get to Romania.

Those places are practically in each others laps. They have open borders and a common currency. You can get chocolate in all of those places. But they each have a regional cuisine because not long ago they were not in an empire and they were each doing their own thing.

So too the nations of your empire. They are all imperial now but I bet before they were conquered and added to the empire they were fighting one another and doing their own things in their own country.

In your fiction you can spice up the fact that it is an empire of far flung countries by having individuals in those countries comment on foods and practices from the other countries. When I show up in Italy carrying a giant slab of salt cod from Portugal they can ask me to leave it outside and offer me a tiny cup of coffee and some amazing cookies.

People generally eat food that can be produced and stored locally. Historically in much of the world, producing food (or working enough hours to afford food) took a lot of effort. So finding foods that were nearby and slow to spoil was key. Some types of food exist everywhere, like breads. But others strongly rely on local culture.

Even today in wealthy nations, these local food traditions remain. As an example, consider the popularity of trout versus catfish in the United States. Neither fish is a luxury good and both could be sold anywhere in the country thanks to a modern logistics network. Yet data from Google Trends shows a definite regional preference. Guess where catfish are easier to find. 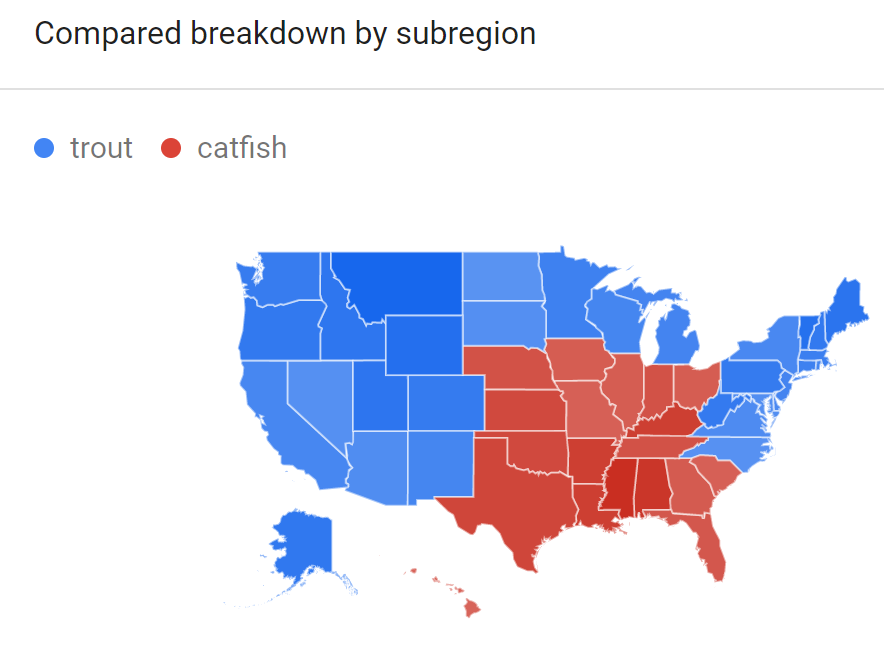 I suggest Googling the types of plants and animals that exist on Earth in areas that have climates that are the same as those in your world. You can make arbitrary changes to fit your story by introducing different cultural attitudes, which also have an important role in a given area's diet.

Cuisine may vary greatly, but merging all regions in one empire would make most dishes available to everyone.

Think of China, for example. Historically, many regional cuisines had developed, like Cantonese, Hunan, Sichuan and even Mongolian (which is not strictly a Chinese cuisine, but often grouped together). When more trade made products, spices and recipes available in other regions, they quickly adopted some of the other's recipes. Note that while the new dishes were (and still are) known by their historic roots, residents of other regions may come to greatly appreciate those and incorporate them in their everyday life.

As far as how quick this process would go, it depends on the amount and speed of trade. If a certain culture (or livestock) can not be grown or bred in another region, it has to be imported, and that drives up prices. For spices, the markup would be insignificant (within a unified empire), but shipping fresh fruits may be out of question.

Not the answer you're looking for? Browse other questions tagged climate geography food ecology empire-building .

10
Where are the wettest and driest places in this world and why
9
How realistic is the geography of my map?
4
I would appreciate your advice on the climate of my world
4
Climates of a Eurasia-like continent in the tropics
20
Which geographic areas within an empire produce the best soldiers?
6
Which Neotropical Woods are Best for Shipbuilding?
4
Could a Preindustrial State Control an Entire Planet?