Would a pool of petroleum explode if lit on fire?

A large pool of crude oil 60 feet in diameter and about 10 feet deep. It sits atop a 100ft. tall stone pillar with a 5ft radius hole that leads down into the earth. If the oil on top is exposed to a flame, would it just light up the surface, cause an explosion on the surface or blow up the entire pillar? Also does which of the above scenarios or any other depend on the size of the flame?

This paper talks about combustion

It is the fact that combustion properties of large-scale crude oil pool fire have great significance for security design and firefighting of current crude oil reserves. Burning rate, the flame shape and radiation intensity are the most important parameters for fires properties.

To have an explosion you would need to have finely dispersed droplets of oil in the air to greatly increase the combustion efficiency. With a calm pool that doesn't happen. 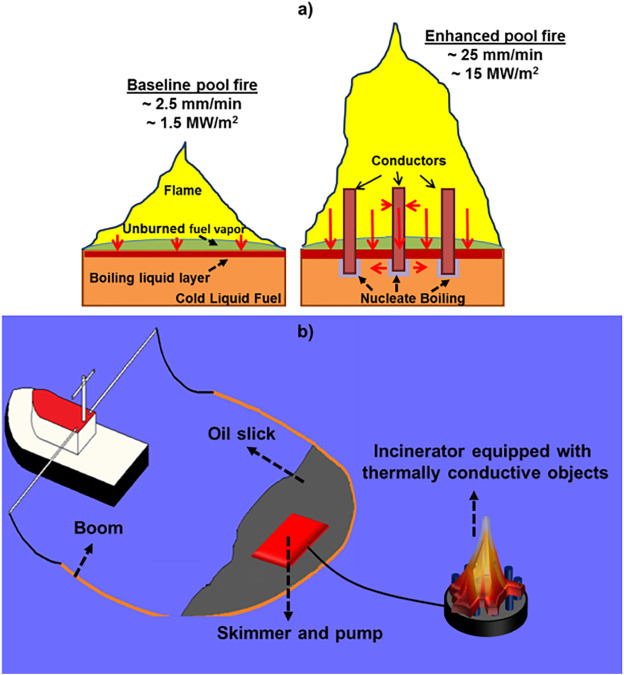 Incidentally, this is why it is dangerous to try to extinguish a flame in a frying pan with water: the water will sink below the frying oil, turn into vapor and explode nebulizing the oil above it and producing a fireball/explosion.

Imagine you decide to pour a puddle of gasoline and light it. It burns merrily and you dance around it in your typical frenzied manner. Once it is gone you pour another puddle, but fatigue claims you. You go inside, resolved to come out, light the puddle and dance in the morning.

In the morning (after your tea; you are not a barbarian!) you go out, matches in hand. But your puddle? There is nothing left but some greasy scum. All of the volatile low molecular weight hydrocarbons have evaporated. You cannot get it to light. Your dancing is perfunctory and uninspired.

Crude oil is a mix of hydrocarbons ranging from gases (methane is the lightest) all the way up to asphaltenes (petroleum jelly aka Vaseline being a purified example). When it comes out of the ground it is all mixed up and so the light gasoline-type fractions are available to catch fire. Once they heat up the rest the whole thing could burn.

If you let it sit out, molecules leave into the air according to their volatility. What is left is increasingly high molecular weight molecules and difficult to ignite except with high temperatures. You will wind up with something like the La Brea tar pits which I conclude are very hard to light on fire since I think every resident of Los Angeles has tried a few times.

The solution: your pool of oil was not filled up by a guy with a bucket and a tall ladder. This pool is connected to a reservoir deep underground. It is contiguous with that reservoir. The stuff at the top turns over. Light fractions move up thru the column and bubble away. Heavy fractions slink back down into the earth. The whole thing is replenished from below. The height of the column is necessary to balance the pressure from below. Really it is an oil well.

Now you can have a fire. The fresh stuff will burn. As it burns away the pressure on top decreases and more will come up from below. It will keep burning. It will also make a ton of greasy smoke. It will be an oil well fire. 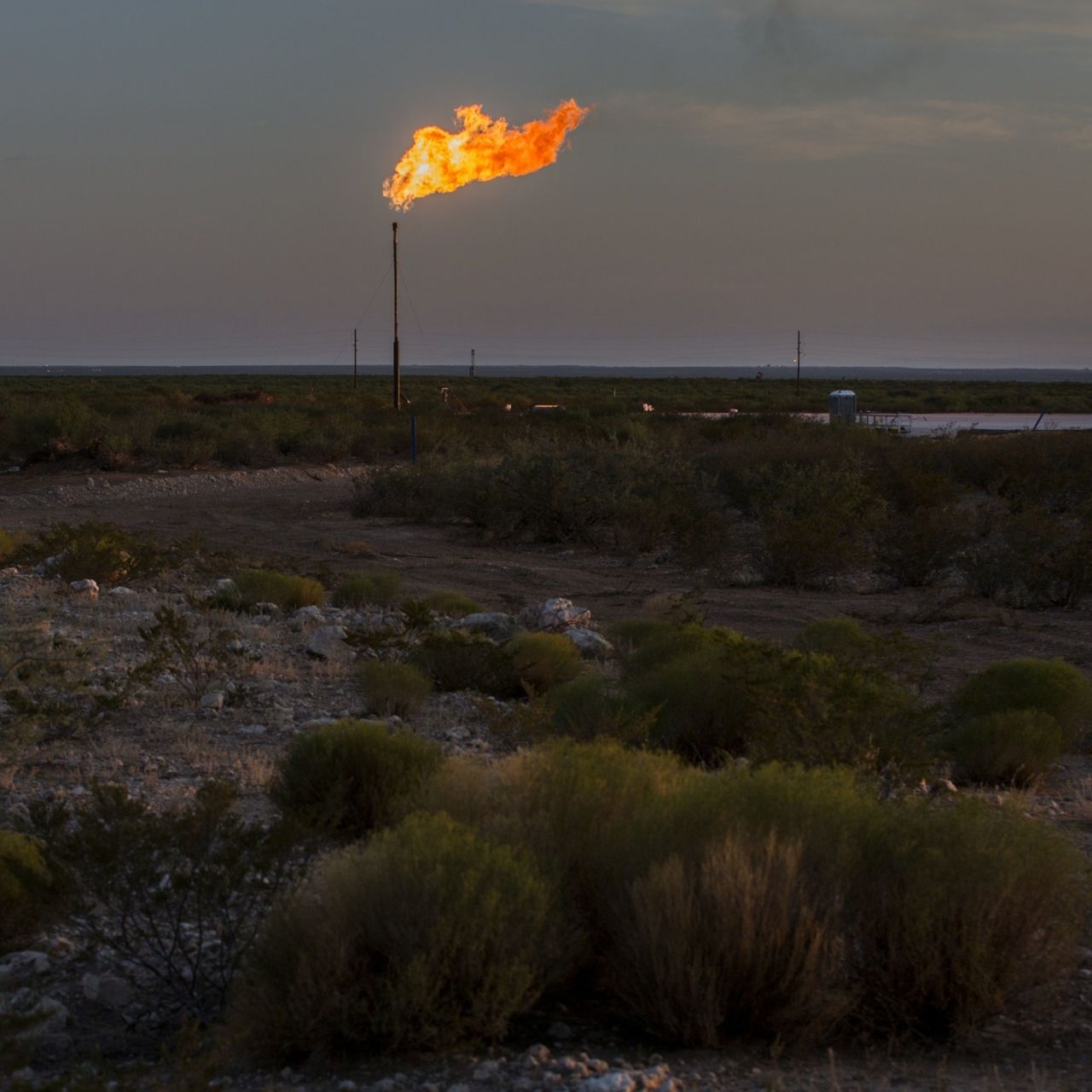 Having lit quite a number of petroleum pools on fire for training purposes to teach people how to put such a fire out, no, it will not explode. The vapour at the top will burn, heating and vaporizing the fuel below which will likewise burn when it reaches oxygen, until such time as the pool is burned away.

The only way to cause said pool to explode would be to, well, drop an explosive in it, which would throw the liquid into the air in a fine mist which could then be ignited to cause a fuel-air explosion.

Not the answer you're looking for? Browse other questions tagged science-based chemistry fire explosions or ask your own question.

3
The Elusive Man's Private Fire Department
77
How Long Could an “Eternal” Fire Last?
37
Managing heat dissipation in a magic wand
1
Recreating dragon fire
11
How easily can a medieval granary explode?