A solar system has 4 planets very similar to Earth, all in the habitable zone. The only differences between them are slight variations in size and therefore gravity. The tectonic plates and continents are also different for each.

There are two rocks that have existed since before early humans evolved. They can teleport between the planets and take along any life form touching them (Meaning if a person was touching it it would take the person and their belongings, including there micro bacteria, diseases and viruses). They also take any material in solid or liquid state that is on top of the stone touching it or within 10 meters above it. The rocks are immovable (relative to the planet they are on) and can not corrode or be destroyed. The two rocks always arrive on opposite sides of the planet, near the equator. One always appears on land and the other in an ocean. This means some species have evolved to migrate between the planets. The rocks are oval shaped, 10 meters long and 5 meters wide and 3 meters high, They are dark grey in color.

Every year they teleport to the next planet in the cycle. The order is A,B,C,D, then repeat. This is how animals and humans came to inhabit all the worlds. The term year is being used as every exact full rotation around the sun (so not the same as our calendar year). All the planets rotate at the same speed. The planets are located like this: 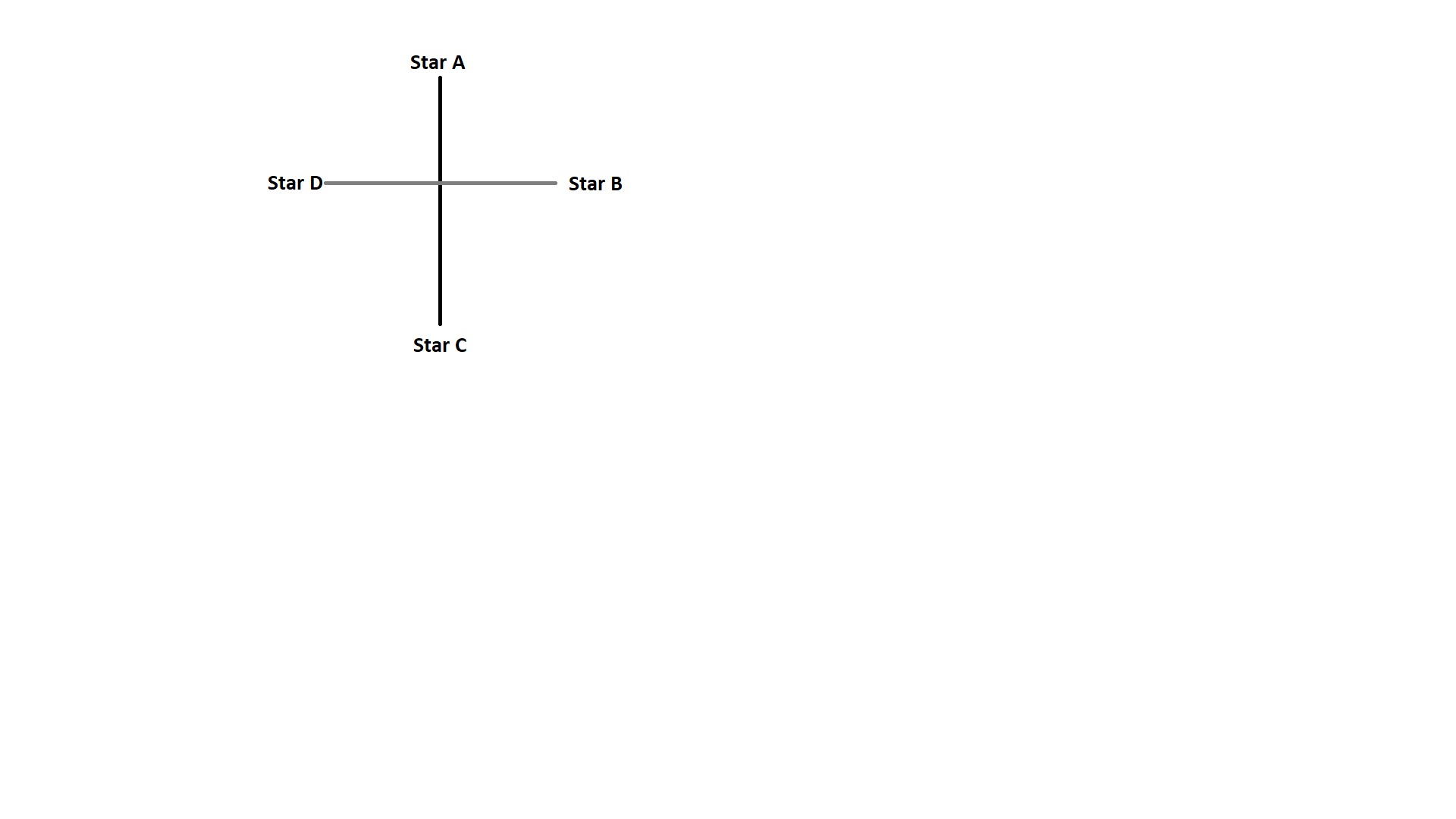 My question is what would society look like in medieval times, as humans now have access to over 4 times the amount of land to mine, farm, hunt, etc...

Firstly - humanity didn't run out of land in the middle ages, we had lots. We struggled with the tyranny of distance. This change just adds even more travel time to even more far away lands.

4 years round trip is too long to be of any practical value for mining, hunting, farming, etc. In the 15th to 18th century it was 6 to 8 weeks to go to a new world (cross the ocean by ship).

If these planets are similar to Earth, then it's likely that all resources found on Earth are found on all 4, and it's quicker to sail to Europe to China/America/India than wait 4 years for a round-trip to another planet and back.

Assuming someone figures out the stones and the timing and travels the full cycle, they'll figure out it's not a death trap, and people will travel and see the worlds. They will share discoveries and culture through these exchanges but simple trade will be unworkable.

Make the transmission daily - then you might see some changes, as the amount of land someone can travel per unit time quadruples.

Each of your rocks has a surface area of roughly 44 square meters, and with the effect reaching 10 meters up, you can at most teleport 440 cubic metres at a time. This corresponds to 7 standard 40 ft shipping containers. We can imagine a cycle where each world puts up 7 containers worth of goods that are valuable on the next world, so that everybody gets something instantly, but it would still only amount to seven containers worth yearly. It might matter to the local economy, but would have no measureable effect on the global economy.

A better idea would be to transport a few caravans of explorers and scholars every year. When they return four years later, they can bring new ideas, new inventions, and new literature from three other worlds. They could also bring samples of useful crops or breeding pairs of animals that can't be found in their own world. Such knowledge would eventually be dispersed to the greater region around the stones, but not necessarily much further. Remember that it wasn't until the Renaissance that Europeans discovered the Americas and had any contact with Asia and most of Africa.

Such an exchange of ideas could enrichen the communities surrounding the teleport stones immensely, but would also make them targets for conquest, not unlike oil sources today. Strong fortresses would be needed to protect the stones.

Most likely, you'd get four separate societies, who are largely unaware of each other. They might be radically different in terms of culture, religion, e.t.c.

For most of history, anybody who claims to have been teleported from some other world will be written off as crazy at best.

Odds are, it would take an extreme coincidence for one such society to discover the way the rock portals work; In most cases, if the rocks become common knowledge at all, they will be believed to simply kill you.

Regarding evolution, it is extremely unlikely that many species would evolve to move between the planets. This only happens once a year; If any animals happen to be in the right place at the right time, odds are that they will simply run off on the new planet, never to see the magic rocks again.

Not much difference they maybe some trade and contact like between the Chinese and Roman empires but UK tje locals we would only be considered with the affairs of there planet this would change later though as technology progresses to a point that a multiplanet empire is feasible.

well, at best, depending for how long the portal open or close if you could haul a lot of material you could have city just near those teleporting point sending stuff to each other once a year. it would be a cheaper analog to what trading within asia was to europe, as merchant were pretty much taking a full year to go from here to there.

and for creature to evolve around it, it would only make sens if they can migrate trough them to alway avoid winter. but even then it would be more and oddity than anything, as once again there is only ONE STONE for A WHOLE PLANET.

Assuming the stones have been around during a natural evolutionary process, they have needed to adjust the positions at which they arrive repeatedly to remain consistent with the rules despite geologic changes. These adjustments in position have been mass introduction events, in which invasive species flocked to new ecosystems.

The overall effect of these introductions may be positive - more rapid and competitive evolution - but the humans may be dealing with the aftermath. Fewer islands without snakes, fewer continents without sand flies spreading leishmaniasis. If the humans are the same but the ecosystem is more vicious, their lives could be hard.

Species would not have evolved to use the stones en masse, but given their great age and potential to aid in dispersal, it is conceivable that something might have adopted an instinct of investigating such stones ... just in case.

Psychologically, the humans need to deal with First Contact issues regarding a civilization that doesn't care. They don't know who made the stone or the Kemplerer rosette they live in, and it inspires irrational explanations. They have a stone that brings deadly plagues and vile heresies from other worlds, which defies all methods of chiseling, mining, burning and breaking. If the stones' arrival sites are predictable, perhaps they can attempt to wall the area around a stone and have a spectacular bonfire awaiting the moment of its arrival every four years. (They likely do not know about the stone in the sea. They also unfortunately cannot roof over the stone or else I assume it would arrive on the roof.) Maybe not all cultures would do that, but the one to adopt this approach first would prevent the others from receiving word back about what happens to their travellers, so they would assume they are a death trap and lose interest. Then the more aggressive culture could send in a multistory building with an elite force to try to seize power at the site in the next world. (They would have to wait to light the bonfire for the next few cycles, until after they saw whether what arrived was their own men. If it is instead yellow fever carrying mosquitoes they might regret that!)

For all the cultures, the Day of Arrival would be a terrible, traumatizing ordeal, marked by at least the need to sterilize incoming invaders, and always overshadowed by the fear that some vagary of plate tectonics of which they have no comprehension has caused the stone to jump, leaving an elite enemy force free to try to overthrow the king and faith of their land.

Not the answer you're looking for? Browse other questions tagged society medieval fauna teleportation .

6
Could a viable interstellar civilization form with this technology?
4
How win a medieval war with air superiority?
7
How do I defend a person against an attacking teleporter?
3
How would an environmentalist society deal with pests?
9
Possible limitations and magic combination for contact-based teleportation
29
How would criminals be punished in a world where everyone can teleport?
14
How would transportation evolve in a world where everyone can teleport?