What would be the most comfortable position for mermaids and humans to engage in sexual relationships?

Alice the mermaid and Bob the human have been dating each other for quite some time, and being young adults filled with love and copious amounts of hormones the two of them want to take their relationship to the next level by engaging in intercourse. However, there's a big problem in the young lovebird's way: how can the two of them find a position to mate in that is comfortable enough for both parties to enjoy the act?

The mermaid may not be comfortable laying on her back on land (especially if she has some sort of dorsal fin) but might be little more than dead weight if she were on top, whereas the human is likely to drown if they tried mating in the water. The mermaid may be more comfortable swimming, but it would be hard for the human to focus on mating and enjoying the experience while treading water. Mating in a standing position without any support is also uncomfortable for most humans and many men report it difficult to maintain an erection or complete the act of sex in such a position (there are clinical notices about this on public health sites but I'm not linking them to keep this as SFW as possible), possibly because of muscular tension in the pelvis and legs while standing or differences in blood pressure when standing. Mating in the surf zone would likely be annoying because they would be constantly bombarded by surf and the mermaid might end up with sand in her gills.

Other parameters to the question:

There isn't a problem

All they have to do is find a suitable shelf in warm shallow waters. The human can stand with their head out of water. The mermaid swims upright. 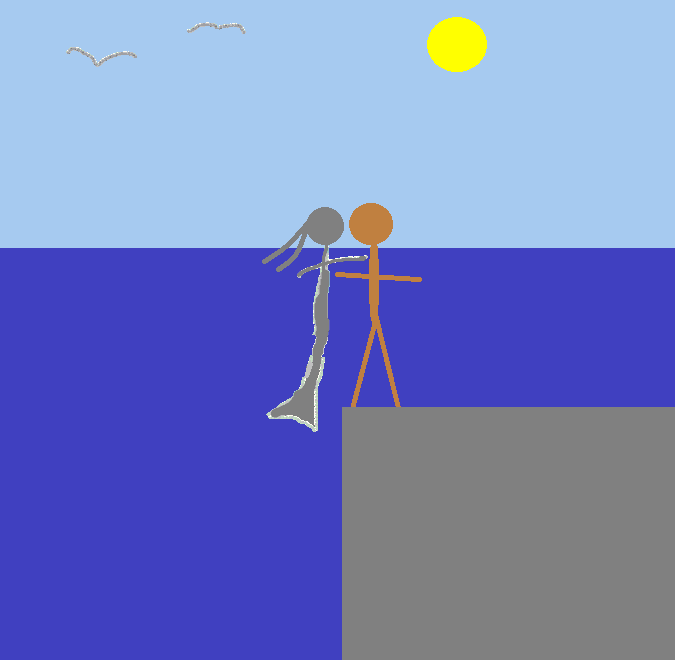 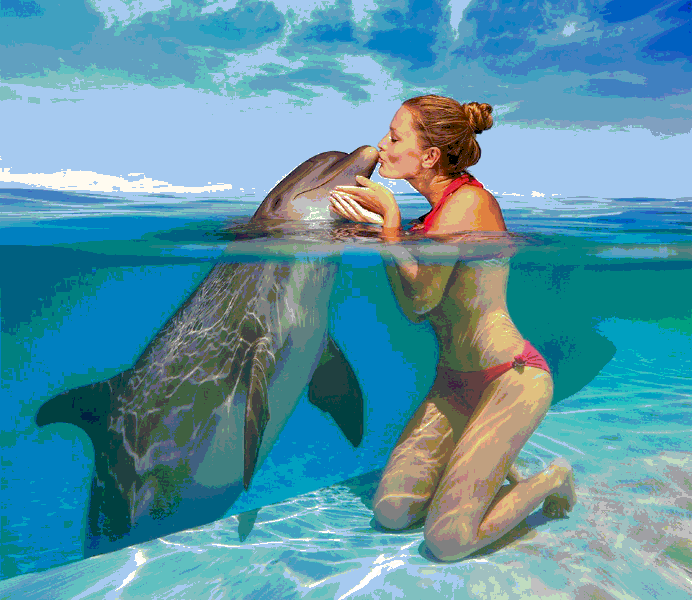 If they're truly in love, I'm sure Bob would be willing to invest in some scuba-diving lessons and equipment. As for the method, online YouTube videos show that Dolphins mate face-to-face. 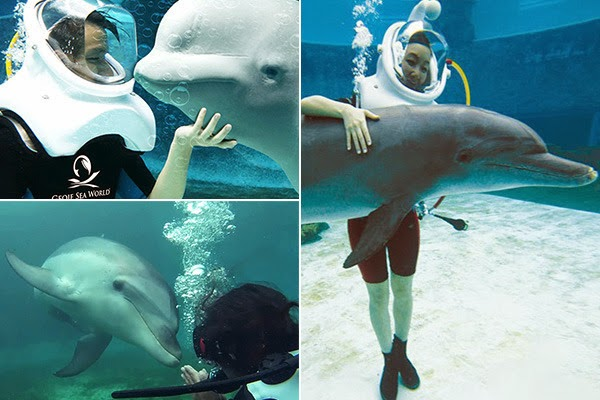 I'm not going to diagram them up - I couldn't find anything exactly matching your requirements on deviantart but rule 34 should still apply and I guess I'm not looking hard enough to find these images.

Basically if her "tail" can't split then replace this with "knees together" in current human sexual reproduction. You're basically limited to positions where the female's thighs and body are at a right angle. There are lots of choices where female knees are together but body bent, 2 of the most common involve entry from behind, which may or may not work with the relevant body structure of your mermaid.

If either of those proved unworkable a quick trip to the hardware store to rig up some contraption and position all parts in the perfect position should solve all problems. If your arranging cross-species sex youre probably kinky enough that you're ok with a little light bondage to help accessibility.

Not the answer you're looking for? Browse other questions tagged merfolk interspecies-relations sex .

12
How would interspecies lovers with alien body plans safely engage in physical intimacy?

9
How should I create my Merfolks to make them landbased?
18
How would gender roles be affected by a society where parents could control the sex of their child
0
How would modern society react if Mate Or Die was in effect for humans and mating also gave unaging?
1
How does a herbivorous mermaid species without gills and swim bladder stay underwater its entire life?
53
What would an out-of-water submarine (for water-breathing mer-people) look like?
5
Is there a reason that females passing on more than 1/2 of their genetics to the child would be unlikely to evolve?
13
How would dragons mate, according to science?
5
What biologically would cause enforced sexual monogamy, and what could reverse it?