What are reasonable densities for terrestrial planets?

Earth's density is about 5.51 g/cm^3 and it's the highest density in the Solar System of a terrestrial planet. I understand that planet density is partially determined by various factors, including its composition and gravity. I want to play with densities, like increasing a planet's density by as much as x2 Earth density and the like, but I am not sure if this is reasonable. I looked at some exoplanet information, but densities were not readily available. Is is somewhat normal for terrestrial, Earth-like planets to have densities 7-11 g/cm^3, or is that not very prevalent in the physics of the real world?

If you look at my answer to the question: Mars sized planet with 83% Earth gravity? you will see I discuss this and the evolution of my thinking.

Earth and Venus are what I call conventional terrestrial planets: they formed from the accretion of solar disc dust. It is speculated that Earth collided with Theia which resulted in Earth what it is today and the Moon, but both Earth and Theia were both formed from solar disc dust and the Earth has differentiated geological structure: large core, thick mantel and a thin crust.

Mercury has a large density for such a small planet, which is very unusual.

The most widely accepted theory is that Mercury originally had a metal–silicate ratio similar to common chondrite meteorites, thought to be typical of the Solar System's rocky matter, and a mass approximately 2.25 times its current mass. Early in the Solar System's history, Mercury may have been struck by a planetesimal of approximately 1/6 that mass and several thousand kilometers across. The impact would have stripped away much of the original crust and mantle, leaving the core behind as a relatively major component. A similar process, known as the giant impact hypothesis, has been proposed to explain the formation of the Moon.

So Mercury is the remnant core of what was once a larger planet.

In answering the question I provided a link to, I answered it over a number of days and I researched the exoplanet K2-38b. It is 1.55 times the size of the Earth, but it's mass is 7.3 times that of Earth, resulting in an average density of 11.0 t/m$^\sf3$. This is is one of the highest densities for any planet yet discovered.

Like Mercury, it is speculated that K2-38b is the remnant compressed core of a large planet that was stripped of its outer layers by a collision or some form of celestial bombardment.

This leads to your question "what are reasonable density for terrestrial planets?"

If your are considering planets that have not been stripped of their outer layers then densities similar to Earth's, about 5.5 t/m$^\sf3$ are reasonable.

If your are considering planets that have been stripped of their outer layers then anything up to 20 t/m$^\sf3$, would appear reasonable, given that K2-38b was initially thought to have had a density of 17.5 t/m$^\sf3$.

If you are considering planets that would be habitable, that gets trickier. Life requires certain metals to exist, such as iron, copper and zinc. The planet must contain such metals in an easily obtainable form on the surface of the planet - they can't be locked away in the core or the mantel. Though heavily metals locked away in the core are required for gravity.

The mass of a planet will be determined by the amount of material it contains. Generally, the more it contains heavy metals the more mass it will have.

For a planet to be habitable, as with temperature, atmospheric composition and pressure, there will be a Goldilocks zone for gravity as well and this will be linked to planet density.

Copying verbatim from my answer to another question.

Having high quantities of heavier metals/elements is rather implausible: the heavy elements in the periodic table take a long time to be produced

Elements heavier than iron are made in energy-absorbing processes in large stars, and their abundance in the universe (and on Earth) generally decreases with increasing atomic number.

In the Milky Way 10 elements, of which the heaviest is iron, account for 99.95% of all the elements, so you see that a very high concentration of heavier elements is unlikely. 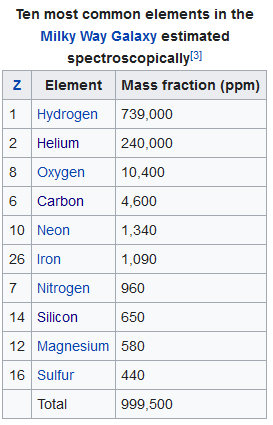 It might still happen that a rocky planet is stripped from the lighter crust and retains a large core made of iron, like it's the case for Mercury:

Mercury consists of approximately 70% metallic and 30% silicate material. Mercury's density is the second highest in the Solar System at 5.427 $g/cm^3$, only slightly less than Earth's density of 5.515 $g/cm^3$

Therefore, for it to have such a high density, its core must be large and rich in iron.

Mercury's core has a higher iron content than that of any other major planet in the Solar System, and several theories have been proposed to explain this. The most widely accepted theory is that Mercury originally had a metal–silicate ratio similar to common chondrite meteorites, thought to be typical of the Solar System's rocky matter, and a mass approximately 2.25 times its current mass. Early in the Solar System's history, Mercury may have been struck by a planetesimal of approximately 1/6 that mass and several thousand kilometers across. The impact would have stripped away much of the original crust and mantle, leaving the core behind as a relatively major component.

The relative abundance of elements will practically forbid you from making a very dense planet. For every amount of osmium that can get, there are many more of lighter elements which will dilute it.

To specifically answer your question: how uncommon is it for an Earth sized body to exist of density in the iron to lead range? We can see in the impacts that drove light gasses off Earth, and the impacts that drove off light crust off Mercury that it isn’t uncommon on the time scale of solar systems to have a few events that subtract the lightweight shell, leaving the dense interior.

These can be more than compensated for by addition events : Triton eating another moon, for example.

It’s a qualitative answer instead of a quantitative one, but will that work?

Not the answer you're looking for? Browse other questions tagged science-based planets astrophysics or ask your own question.

38
Stumped: How can I get a huge Earth-like planet?
5
What could cause a planet to be highly electrified?
1
Hottest possible terrestrial planet
35
What's the smallest reasonable natural planet or moon with Earth-like surface gravity?
7
Given the mass and composition of a planet, can one determine what the radius should be?
10
What is the maximum orbital time for my moon around my planet?
3
Feasible star + planet + moon combo? Did I miss anything that makes this system wildly unstable or otherwise impossible?
9
How do I give my planet a stronger magnetic field? Playing with variables
5
How to figure out layers of the atmosphere?
7
How to Calculate Apparent Magnitude/Brightness of Planets from Within the same Solar System