Why would having a lion tail be beneficial to a griffin as opposed to a bird tail?

I know some griffins are depicted with bird tails, but in the majority of fiction, artwork, etc. I've seen, they are depicted with lion tails. I am wondering, how exactly would a lion tail benefit the griffin more than a bird one?

I'm writing a story with griffins in it so I would like some help with this detail please. 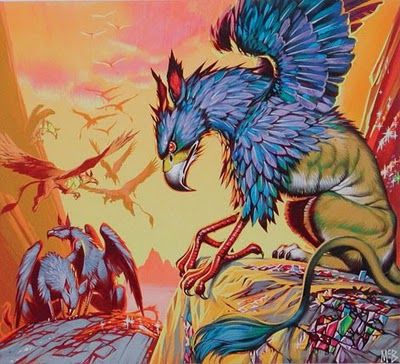 The lion tail is there for counter balance and helps with manoeuvrability on land.

A bird's tail helps with flight. The lack of one suggests that a griffin doesn't spend much time flying.

So, all this means that griffins with a lion tail spend more time on ground, especially hunting. The wings must be something they use seldom. They can still use it to go up or down a cliff for example.

One interesting idea is to use it for scouting - go up a tree or other elevated part of the terrain and then swoop down in the direction where the pray is. Close by but not exactly next to it. The griffin can then use the stealth and hunting tactics of a lion - approach and attack.

This seems like a logical way to use their bodies and features.

Because the hairs on the Lion tail channel its flying Magic much better than mere feathers can. Just look at where a griffin's wings are located. Way in front of the center of mass. Without a significant anti-gravity boost from the tail, the Griffin would fly in an ass-dragging posture, and that is simply not dignified!

Without something better than mere aerodynamics to lift its backside, a flying griffin would look like this (plus wings) 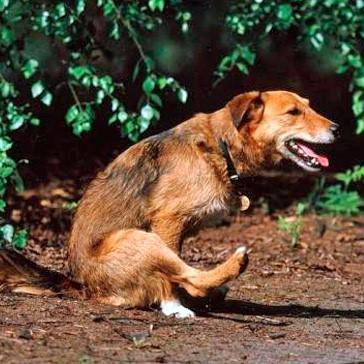 Tails are often used as an extra appendage to provide safety in hanging from heights while still being able to grab & tear & hold onto food without needing to balance. That tail can be used as luer then those claws & beak can attach the curious/nosey animal. It could swat potential food from its perch, nest whatever & then the coordinated talons or beak grab it as it flies beneath that falling 'morsel'. Can be brought around & wrapped over the face to protect the eyes while sleeping? The bird can disappear amongst bright flowers, the back end & long narrow tail amongst tree trunks, rises in the soil....blending in for self protection.

Not the answer you're looking for? Browse other questions tagged creature-design anatomy griffin or ask your own question.

8
Creatures with weaponized tails
12
How can a nine tailed fox catch its prey?
9
Anatomically Correct Chimera
4
Avian-human: Arms or Wings
8
Are my wing-walking griffins viable?
7
What practical forms can a “branch-tailed” organism have?
9
How would humanoid creatures with powerful jaws, claws, and a tail efficiently use their anatomy in barehanded combat?
9
Anatomically Correct Manticore