So, this is a rather interesting question, please bear with me. In Alendyias, there is a flying creature called a Flamoth, a moth-like creature with a fuzzy, football-shaped body, two beady eyes with a giant, lidless third eye in the forehead, and four wings that resemble a pair of jaws.

It is not the creature itself but its wings that this question concerns. You see, each set of wings is shaped like a set of flattened T-rex jaws, with one edge (top or bottom) having teeth-like serrations. These edges face each other, so each pair of wings on the opposite sides of its body is essentially a pair of serrated scissors.

After the creature is killed, the Drop Mechanic I created (for more on this, please see the first three paragraphs of Preventing Dead Monsters From Spawning Undead) recreates or repairs its Wings, or Wingjaws.

Now, since combining monster parts and molten metal usually makes some really cool steel items (ie. weapons/armor) this was attempted as soon as people got their hands on some Wingjaws, and they discovered something....odd. Like, really odd.

Wingjaw-steel items, like Wingjaws, float. They do this by manipulating gravity, harnessing the power of magic to decrease the force of gravity; basically a magical version of a blobfish. Blobfish are slightly less dense than water, so they just float where they are.

This is because steel plate weighs 15-25 kilograms, while the average (global) weight is 62 kilograms. Let's assume 50 kilograms, or 110 pounds, instead. Now, if we assume Wingjaw magic makes steel have a weight relative to helium, because helium floats, then it gets interesting.

A normal balloon can lift 14 grams of weight, and it would take 3,57l.42 of those to lift a 50-kilogram person. Assuming plate armor weighing 25 kilograms, that means half the above weight and therefore half the lifting force. Ergo, you'll stay on the ground in Wingjaw plate, but it sure wouldn't be as heavy.

As for Wingjaw weaponry, remember how the gravity is decreased for Wingjaw items? Yeah, well that's because magic disrupts gravitational force and turns some of it into potential (kinetic) energy. Now, I don't know what the weight of steel is compared to helium, but the difference there is the force added to any strike made with a Wingjaw weapon.

That same nifty trick makes Wingjaw armor viable; that potential energy only takes effect when either pushing back, against a blow, or when striking an opponent. It doesn't amplify a blow to the armor against the wearer, rather it (hopefully) negates the blow by pitting it against the potential energy inside it.

That same gravitational disruption makes it so that momentum for a Wingjaw weapon is as normal, so it still acts as if it has the same mass while being light enough to float. Yeah, sort of confusing, I know.

So, basically, take some Wingjaws and some iron and you can make floating steel with an interesting take on gravity. My questions are: How Much Of An Advantage Does Wingjaw Steel's Levitational and Gravitational Properties Confer?

Specifically, how useful is floating metal when used for weaponry and armor? Keep in mind it turns excess gravitational force into potential energy, which is added to the object's motion.

I think you're clearest on the effects of wingjaw intincted armour, and the advantages are fairly obvious:

But let's not forget that there are two components to the iron thus produced. First, and of greatest import, is the iron itself. If your target society doesn't really understand iron well or doesn't have access to good materials, they're still going to produce crappy armour and poor grade weapons. It's just that the crappy armour and poor quality weapons will be lighter and exhibit some interesting magical effects. Since it's the iron itself that does most of the work of protecting, I'd still bank on high quality but ordinary iron or steel armour, even if it is heavier (or rather, of ordinary & expected weight!), for superior protection.

If your society already has access to good materials and has the skills to understand and properly work iron, then of course the advantages of wingjaw intincted armour will be so much the greater. Not only will the wearer have the advantage of superior armour, but also the lightness of, say, aluminium armour. Any reduction in weight, and especially a 50% reduction in armour weight, will result in greater freedom of movement.

As for weapons, I think you're a little less clear (in description) as to what's going on. The turning gravity into kinetic energy bit. BUT, I think if we consider what wings actually are, and what job they're supposed to do, we can make greater sense of wingjaw weaponry.

Basically, a wing exists to allow a creature freedom of controlled motion in the third dimension (up and down). It does this by counteracting gravity with lift (thrust DOWNWARDS and the creature moves UPWARDS); and it counteracts inertia with thrust (tilt the wings along their axis while pushing them downwards causes the creature to move forward). Managing these forces allows the creature to swoop, dive, turn, fall and rise very swiftly.

Your flamoth has the advantage of a 0,0,0 starting point wherever it is: if it steps off the end of a branch or off a cliff, it doesn't fall (gravity counteracted). But nor does it rise or move forward. The same can be said of a wingjaw intincted weapon. It will rest in whatever 3D position it's left at.

This is what I think is happening: In order for the flamoth to move, it has to move its wingjaws (it has four!) in order to create a kind of envelope that bends gravity~kinety in such a way that it creates a sort of gravitational pressure differential between the inside & outside of the envelope. So, it doesn't actually flap its wings, rather bends them the way an old fashioned aeroplane worked. The result is that gravity pulls down uniformly on the flamoth and the air column above it, but owing to the altered envelope, the stream of gravity is changed such that the creature is pushed up and away, or leftwards or rightwards depending on how it shapes the gravitic~kinetic field around it.

This is a great advantage for the flamoth, as it requires very little metabolic energy to shape & maintain the envelope, as compared to an ordinary moth or a bird that has to flap its wings nearly constantly to move, let alone just to remain aloft!

I think for weapons intincted with wingjaws, much of the flamoth's advantage will actually be lost because your smiths are just melting the wingjaws into their iron. There doesn't appear to be any easy way to control the gravity or the kinety of the weapon.

Smiths will thus need to work out how to regain that control!

Even without the fine control of the flamoth, I still think your warriors will achieve several important advantages:

Keep in mind: real (historical) weapons are fairly light. Like three to five pounds! Very rarely were weapons much heavier. The largest swords in actual use weighed upwards of a stone (14lb), but the men who wielded them used balancing techniques to offset the weight. Most swords were only around three pounds. Now, a wingjaw sword for an ordinary warrior could be made to weight in at 6 pounds, and would only feel like the weight of an ordinary sword. The advantage here is clear: a thrust with a 6lb sword will cause more damage than the same thrust by the same man using a 3lb sword. Same advantage to be had by wielders of maces & hammers & polearms.

So, how to increase the warrior's advantage by mimicking the flamoth's control of gravity & kinety? Some things to consider, which I believe will translate into considerable advantages for your warriors: 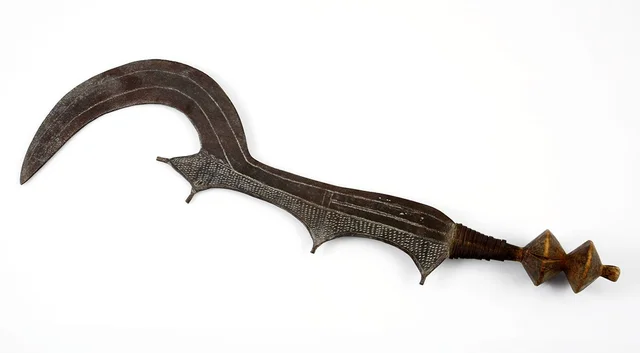 It sounds to me like the Wingjaws contain something that emits a fundamental particle which greatly suppresses the mass of anything within a short range. You can jump higher because the armor has no mass and you can leave it hanging in air for the same reason. (The effect must not be absolute, or it would float upward to make way for the greater mass of the air. I will assume the smiths have learned the precise amount to add to the metal, leaving it with mass equal to a comparable amount of air.).

As armor, the light weight means it provides no inertial resistance to a blow or stab, but this should be small compared to the rigid strength of the material. And of course the decreased weight helps immensely for maneuverability, permits soldiers to swim while armored, etc.

That said, as a weapon this Wingjaw Steel leaves something to be desired. Such a blade, having almost no mass, will simply stop at the victim's throat if swung in an arc. Thrown at the victim (or if made into a dart) it might not even penetrate skin. It is still just as deadly as any blade, however, if thrust directly into the victim's heart by main force of arm. Such swords would be popular during long months of marches and drills but the owners might be eager to swap them for cheap blades in the hour before the battle!

Where this material truly shines is fortifications, or tools for destroying them. You can bring with you a cart stacked almost out of sight with plates of Wingjaw Steel to be rapidly lashed together to form instant walls and scaffolds. A soldier can carry a proper siege weapon on his back, even if he looks a bit silly doing it. You can keep building your wizard's tower upward for fifty years and it never has any more weight on the base than you started with - only the weight of the labs, telescopes, and containment cells on the top floor. (But you would also have to magick away the wind, or go on a Bouncy Castle ride)

It'd be terrible for armor. As you say, it adds additional force to anything that hits it. Which means that if you were wearing a helmet made of it, and someone hit you in the head, your armor would be amplifying their blow that much more. The blow might not penetrate the helmet, but that doesn't matter if you have a concussion or a broken neck.

With a weapon, it'd certainly be easier to carry and theoretically swing harder as well, but the rebound after hitting something would be wild, and it would be much easier for an opponent to parry your weapon or push it out of the way.

You could make aircraft out of it extremely easily, but you'd need to be very careful in terms of crosswinds or turbulence, since you would have the mass of the aircraft working against you instead of resisting being moved.

14
How would weapons and armour be affected if metal weight was negligible?
6
How to build a fortress on a floating island?
16
What sort of rules / limitations could govern and affect a crystal resource that is both anti-gravity and energy-producing?
35
Weaponry made from extreme light-weight steel: swords and daggers
3
Weaponry made from brittle steel: splintering projectiles
8
Benefits of Amphibious Items?
1
Would Calcification Benefit People and If So, How?
5
Are These Adventurer's Bags Unbalanced?
4
Benefits of the Quicken Enchantment On Items