As evident by the title, this is a Class-related system. So, what exactly do I mean by "Rogue's Dagger?" Simple-a dagger made for a Rogue. Small, easily concealable (size of a dinner knife? I'm not sure they're small), perhaps even folding (like a pocketknife, perhaps?) and with a built-in crowbar and lockpick compartment.

The last two are put in so that the handguard (assume it's rectangular) has a hollow compartment under the center; the seal stamped into the metal is actually a metal lid, a sort of lock, that closes off the lock pick compartment. Where the pommel should be, the hilt comes to a point, bent at an angle to the otherwise straight hilt (the hilt is a miniature crowbar).

In order to open the compartment, the seal has movable parts; it can be twisted, and the objects stamped onto it (say a shield with two swords crossed over it, surrounded by a ring of stars) have to be pressed or moved to the correct position in order to open the sealed compartment. In this case, one must:

It would take some rather small and complex mechanics to get the seal to work as described here, and since I picture point of the crowbar extending directly from the fist when held in the hand, I'm not sure this is feasible. So my question is: Is This Rogue's Dagger Feasible, and If Not, How Should The Design Be Changed?

As always, I appreciate your input and feedback. Thank you! (Also, please let me know if the tags are wrong.)

So what's a rogue to do? I think what you're looking for is more of a kit, and to keep it all in a small package, I'd recommend something like this: 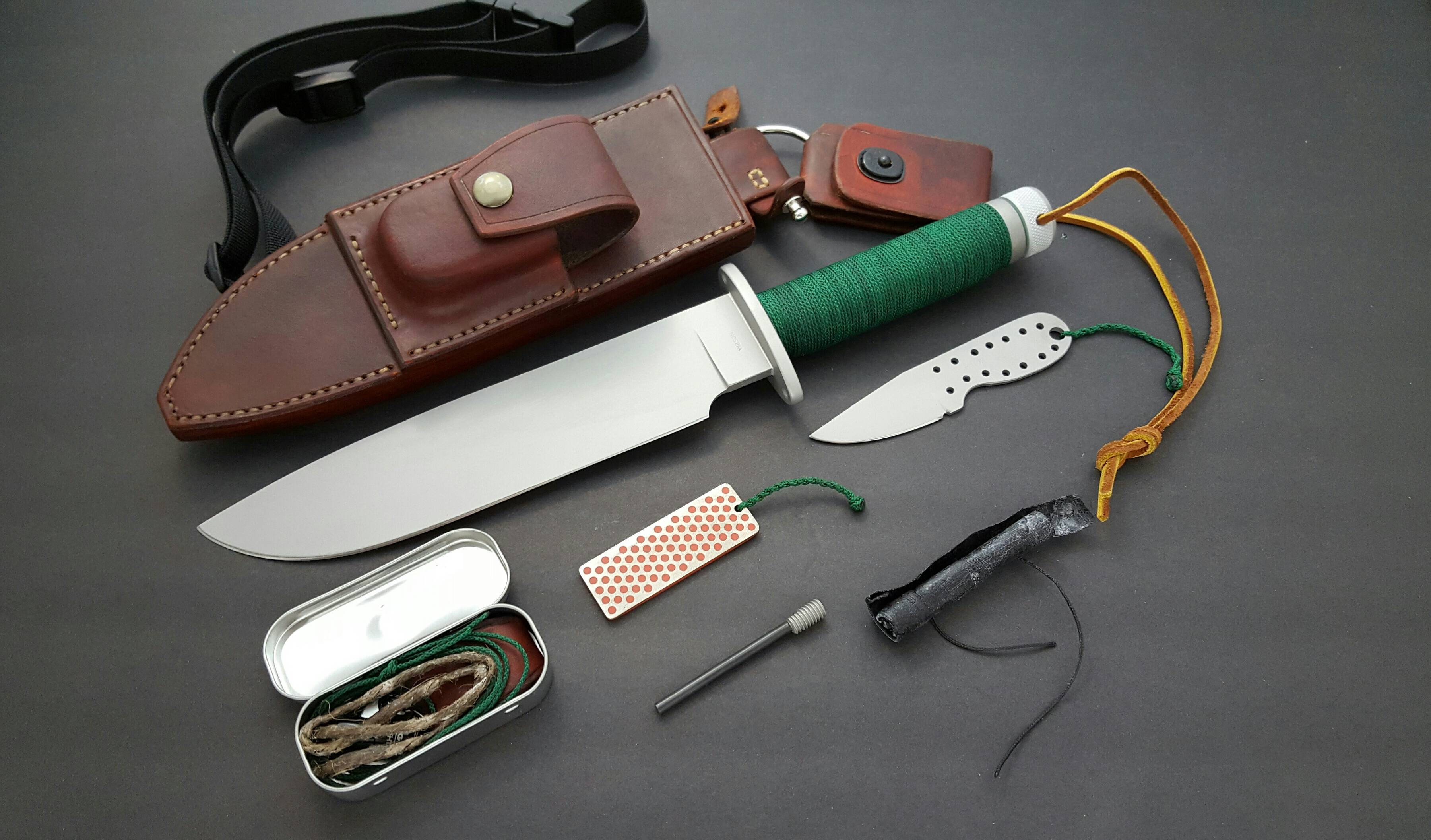 The handle is indeed hollow if you want small doodads in the knife itself. And check out all those little gadgets! Plenty of room for a set of picks, a vial of poison, a tripwire for traps, etc.

Frankly, just the hollow-hilted knife (with tight wine-bottle-like stopper) might get you most of what you want. A full tang is certainly stronger, but this would do just fine if it isn't heavily abused.

Spring loaded blade, with the handle disguised as an everyday object.

If we put aside the implied tech level, there's this wonder that you can 3D print yourself, which is a switch blade hidden inside a Nintendo Switch game controller: 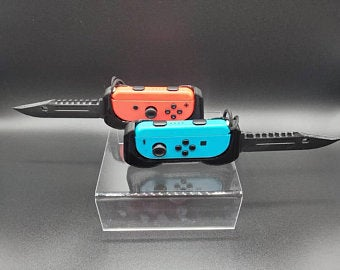 Or this Iphone case holder with a hidden switch blade: 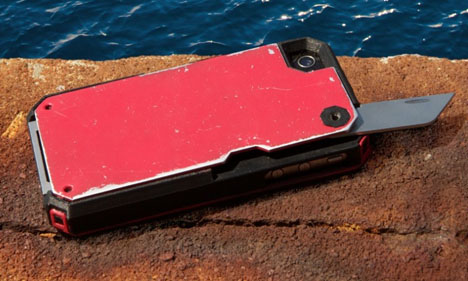 I reckon I could fit a few picks and a tension wrench (tool #2 for lockpicking) in that case too.

Jumping back to your implied tech level, I'd start with one of these, which anyone can have in their pocket and look like a moral citizen: 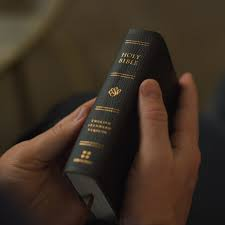 Put a spring-loaded blade in the spine, and hide your lockpicks inside in the inner cover. This way if a guard searches you, and flicks through the bible, they'll see its complete. If someone asks you to look up a passage you can. And then later you can press a hidden button on the spine and spring the blade out.

I reckon with some selective reinforcement of the spine so that's it's not uniform, but its squishy in some place and rigid in others, you could actually get a nice handle and grip on the bible spine.

I don't think the crowbar would work at all, because crowbars work off of leverage and one that size would provide basically none. Any task you couldn't manage with your own hands, you'd not benefit from having such a small crowbar on the job.

I like the idea of a built-in lockpick although you must remember that picking locks uses atleast 2 tools, one to provide pressure and another to manipulate the mechanism if I remember correctly, and if you want to be able to break a variety of locks you will need a variety of picks. This means your handle would have to be a veritable swiss army knife of different picks and the more you have in the same volume of handle the smaller and weaker they would be, this also means more chances for things to break, and more weight in the dagger (also subtly spoiling the balance of the weapon).

There is also no practical reason I can think of why you would want your trespassing equipment integrated into your killing tool, although it is still a cool idea so the rule of cool can be your reason.

EDIT: Just rereading the question and forgot to adress the size and folding. Folding knives have no tang which means they are substantially weaker than fixed blades and in this case if you wanted to use the sheath to benefit from the full length of the knife as a crowbar, you absolutely could not have it be a folding knife as any decent amount of pressure would break it at the joint. Daggers are generally speaking double edged blades aswell, so when the blade is folded one sharp edge would face outwards and cut your hand.

As to size I would reccomend a dagger far larger than a kitchen knife (if you mean butter knife) with a blade atleast 6" more like 8-10" long, the idea with a dagger is to thrust/stab and for that you want a narrow blade to provide little resistance and a long blade to cause as much damage as possible.

No need for a crowbar if your dagger is made of mithrilium. Instead you need an extender, such as a socket wrench. This way you can open most doors.

What a rogue really needs is tools for disassembling traps, removing jewels from wherever they are embedded, weighing and appraising such jewels, pickpocketing, climbing aid, and, when it comes to it, fighting.

Therefore, the proper thieving tool would look like these: 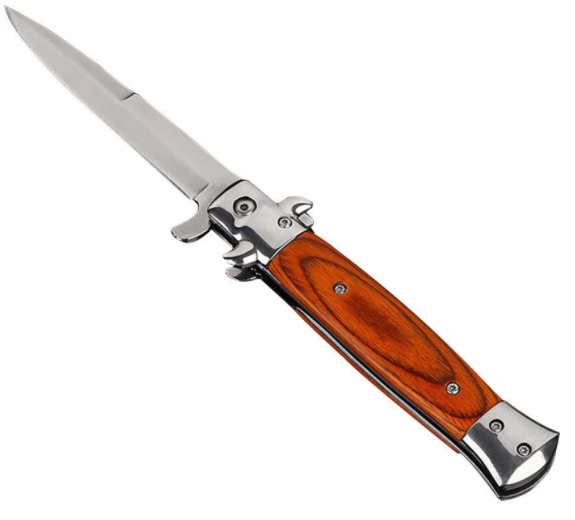 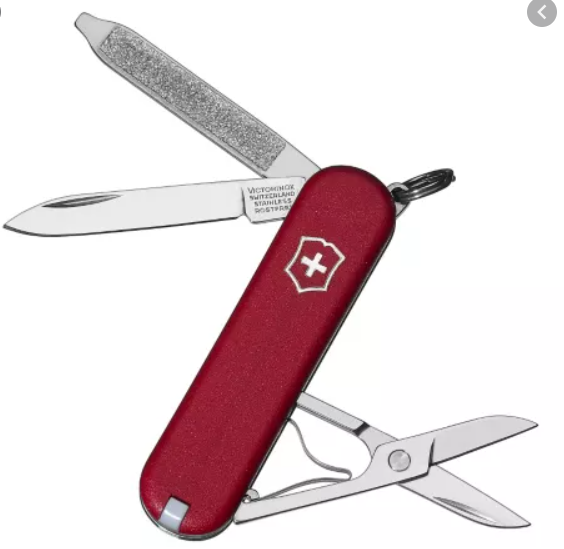 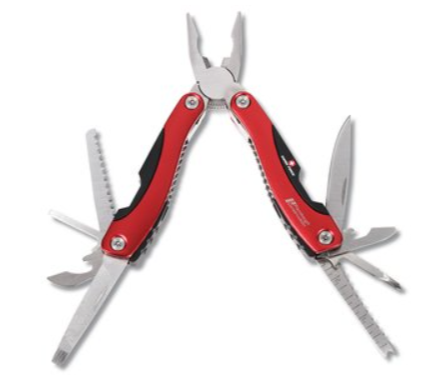 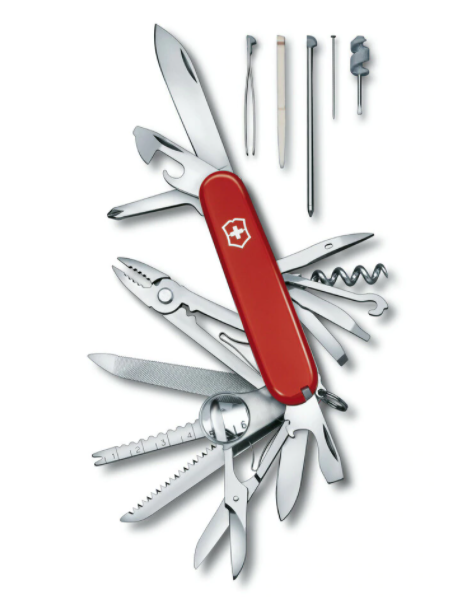 Level 99, with 15 prestige levels in McGyver: 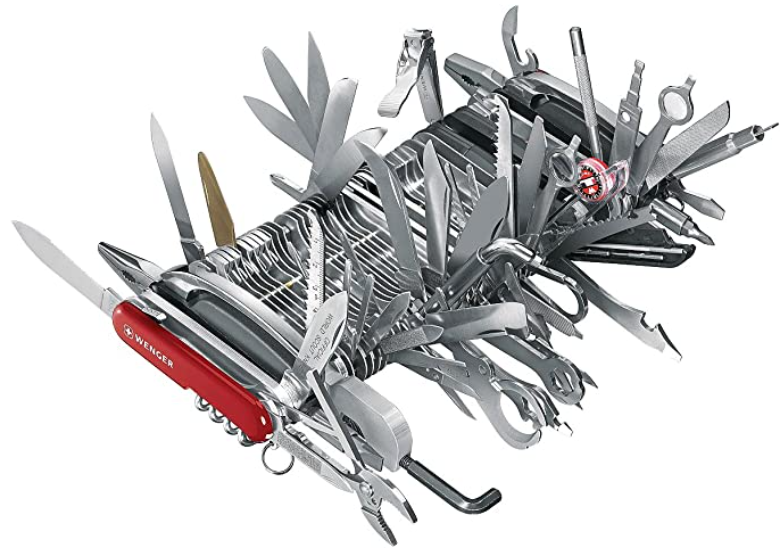 In addition to complexity adding to weakness, I would like to point out that having specialist tools makes you stand out and will likely get you arrested.

If the tools aren't illegal/suspicious, the rogue should have a set of full sized dedicated tools. That's how a mechanic or a doctor does it. They don't fix a radiator or remove an appendix with a swiss army knife if they can avoid it.

If the tools are illegal/suspicious, they should try to make due with the sort of tools people commonly carry around, and improvize when something special is needed. That's how real thieves do it. A coat hanger is just a coat hanger and it stays at home until you need it to steal a particular car. Car thieves don't wander the streets with special purpose-built car stealing multitools just waiting for the police to pick them up.

You might get some leeway if it's seen as cool to emulate rogues and carry around certain things, sort of the way rap culture influenced people to act like they had drugs or weapons when they didn't, which helped hide those who did. Of course the authorities might start harassing common citizens who walk around with a crowbar and grappling hook speaking in thief's cant, even if the citizen in question is just following a fad.

Not a good idea.

You want something small, so it can be concealed. Or at the very least portable enough that the Rogue's movements are never impeded by it.

You want it as light as possible, and fast as possible. This means no crowbars, lockpicks, toothpicks, guitar picks or anvils in there, please. Just a handle, and a blade. The blade is thin, so it can fit between ribs, and sharp so it can cut through clothing and skin and flesh with no problem. And no crossguard, no pommel, no fancy grip.

Yes, no crossguard even. If the Rogue uses the dagger in combat against another blade, then he is not a rogue but a warrior. It need not be wide and strong to survive being used as a parry weapon. Rogue's dagger is for making holes in people, not fighting! If the rogue wants to throw something, he would be an ultimate fool to throw away his dagger! Dagger is for poking holes, not throwing away.

If your rogue wants lockpicks, and a way to stun someone, and a place to put some sleeping powder, and somewhere to hold his cash, then let the rogue use specialized tools & appliances for those roles. A multipurpose tool would be great for non-combat usages. If you need to pick the lock on a door, or force it with a crowbar, you have minutes to complete the action. So you can afford to use a tool that needs configuration, or that can only be carried in a backpack, or such.

But the dagger? The dagger is for making holes in people before they can make holes in the Rogue. If you need to poke a hole in someone before he sees you, you have seconds. Single-digit seconds.

5
Heavy metal planets in a globular cluster
0
Designing an emergency protocol
54
Designing Hacking Arrows
2
Designing a pocket Kusarigama
6
Trying to Understand the Physics of How a Drillship Could Trap A Giant Underwater Alien Object Beneath Itself
4
Designing a mega-fog
22
Designing a magic-compatible polearm
3
Designing plasma weapons that cannot pierce armour
8
Designing a Oil-Firing Crossbow-Like Weapon
19
How big could a space-ship get while still being plausible?