I am not sure if this should go to the Physics Stack Exchange or here, but here goes.

So, I heard about the time reversed variant of black holes, known as white holes, which expel matter rather than sucking them in, and also have reversed gravity rather than being powerful gravity wells. I am also aware that black holes cause time dilation to anyone near it, meaning that time goes slower. 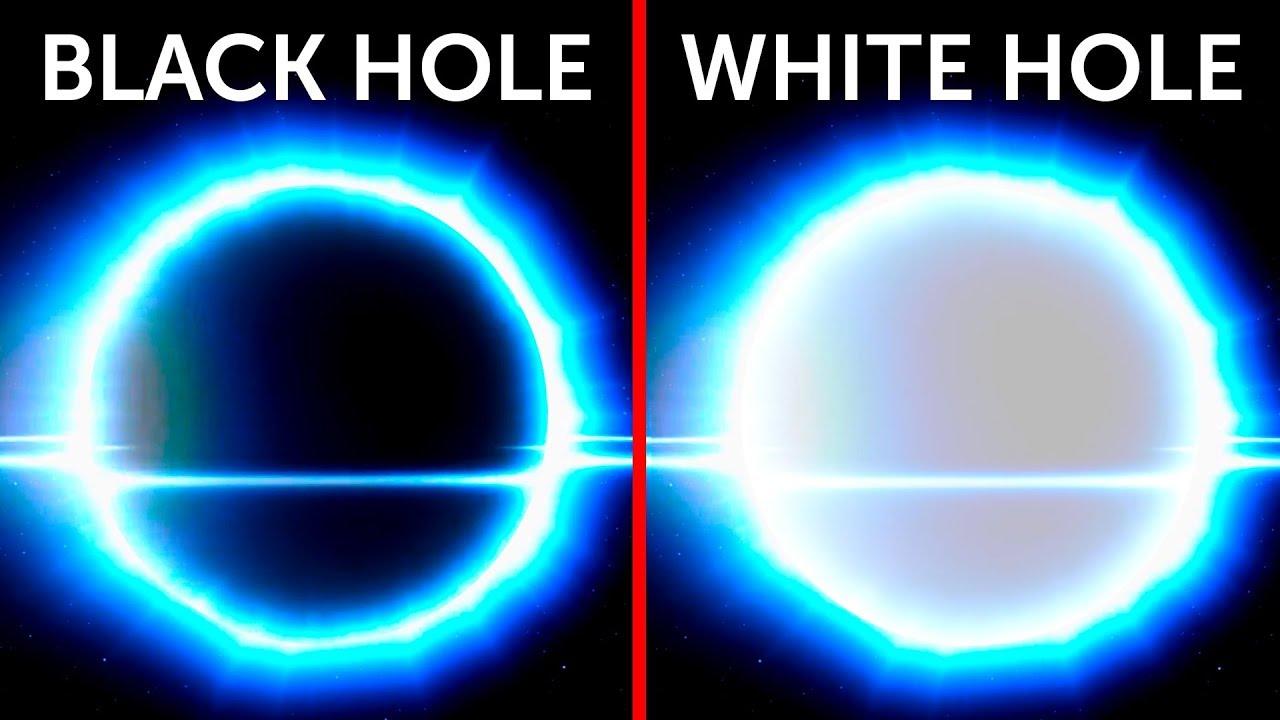 Would it therefore be scientifically sound, to say that being near a white hole would cause the opposite of time dilation, where time going faster instead of slower?

I dont think so, as IMHO appearing white and accelerated time dilation from an event horizon like this are mutually exclusive.

I'm not 100% certain of the physics behind this (I only have half a physics degree), so this may be wrong. But I think this is logically inconsistent.

If time dilation was occurring in this manner, the photons would be transformed by the time dilation, similar to a gravitational redshift.

If the time dilation is tending to infinite at the event horizon, and its seen to observers as white (so an approx even mix of all visible light), what frequency were those photons initially emitted at, such that when slowed down to "normal" speeds, they appear an even mix of pure white?

In other words, how can I multiply any set of numbers by infinity and get all real numbers?

If anything, perhaps some quantum tunneling is at play allowing the photons to go skipping the "divide by infinity" issue at the event horizon, your going to run into banding issues from planc wavelengths, which make it unlikely to form uniform white to the human eye.

This absurdity leads me to believe that this is impossible, so if white holes do exist, it wouldnt be possible for their time dilation to behave as suggested.

There is a theory that this has already happened, and it was the origin of the universe, the big bang. If you think about it, a lot of things seem to fit.

So you could certainly say that the entire universe is actually within a white hole. How else do you think time even passes at all?

This is, of course, a worldbuilding answer, but when you're dealing with things that are absolutely unknown to science, any explanation that does not directly contradict scientific evidence could be used in the context of your story without violating what is known to the reader from other sources.

As mentioned in the Wikipedia article that you linked, white holes don't have reversed gravity. They are gravitationally attractive like black holes. The time dilation effect is also the same. Since black holes emit matter (Hawking radiation) and eventually disappear, it's not clear that there's any real difference between white and black holes in quantum gravity.

You can get a gravitationally repulsive spacetime where clocks closer to the center run faster by plugging a negative mass into the Schwarzschild geometry. There's no event horizon when the mass is negative, so you can't have a repulsive black hole, but a spherical lump of exotic matter could have this as its exterior geometry.

A white hole made of negative matter would have an incredibly high negative mass. It would produce an antigravitational field that can deflect even beams of light heading straight towards it, and it would be like a mountain in the fabric of spacetime. It would distort spacetime so that time passes faster in the nearby region, while a black hole would act like a pit in the fabric of spacetime that slows down time in the nearby region.

Not the answer you're looking for? Browse other questions tagged science-based gravity black-holes time-manipulation .

4
Racing Around the Edge of a Black Hole
2
Is ignorance of time dilation effects justified?
1
How can black holes be used for daredevil gravity slingshot sport?
4
The Source of Gravity Based Destruction
6
How to build a fail-safe system for an engine that can harness energy from a Black Hole?
5
Could black hole civilizations even exist?
10
Intragalactic velocity past the central black hole
2
Possible uses for time dilation in the ergosphere of a black hole?
2
How long would it take for a starship to escape from near the event horizon of a black hole?