So, suppose a world that, for most of its biological history, was a water world, with minimal dry land. Starting from the Cambrian Explosion analogue, the world stays like this for roughly 460 million years. Then, most of the water is magically drained off into space, leaving roughly the same land-to-sea ratio as is seen on earth. land animals (and plants) are portaled in from another dimension. Roughly 40 million years pass after this event.

What does this world look like, and how does it differ from our own? Would it be obvious to people living on this planet that it was completely submerged for most of it's history? If so, at what point in their technological development would they be able to tell? How might the changes affect these people's culture? How much time must pass between the draining of the world and the addition of land plants so that they don’t all die due to salt content in the soil?

I'm going to assume that the humans, animals & plants survive beyond the initial transferal. Realistically, I think as others have said, your planet is going to end up a salty wasteland apart from the highlands that may already have had some native plant life or at least be somewhat amenable to terrestrial imports. At best, I think your human imports may find themselves surviving only upon oases in a vast desert and just perhaps along the verges of rivers as they wind through that vast desert.

If the humans ever develop any kind of culture or civilisation at all, they probably will never develop the pyramidal foundations (religion, agriculture, philosophy, civilisation, humanity, theology & the lesser sciences culminating in biology & geology) upon which Earth humans came to this conclusion that inland areas were in fact once under seawater.

We know that on Earth, sea shells and fossils of marine animals can be found on the highest and also on the oldest mountains on the planet. While we don't have evidence of Earth ever being a "waterworld" (Answers in Genesis notwithstanding) as you propose for your planet, rational science has deduced what the shells are, when they got there, and by what processes the translation took place.

Humans wandering through the idyllic mountainscapes of Earth, never having seen or heard of the Sea, might wonder at the curious & fragile little stones. They might know of snails, and thus might logically conclude that the shells and fossils might thus be snail shells. They may delight in the shells, but may never conclude that their origin is oceanic.

I'd say chances are good that the humans of your planet won't get further than that.

Most seas tend to salty from disolved rocks, most of those salts remain after a sea evaporates. So your planets plains will be very salty.

For example, look at Makgadikgadi Pan in Botswana 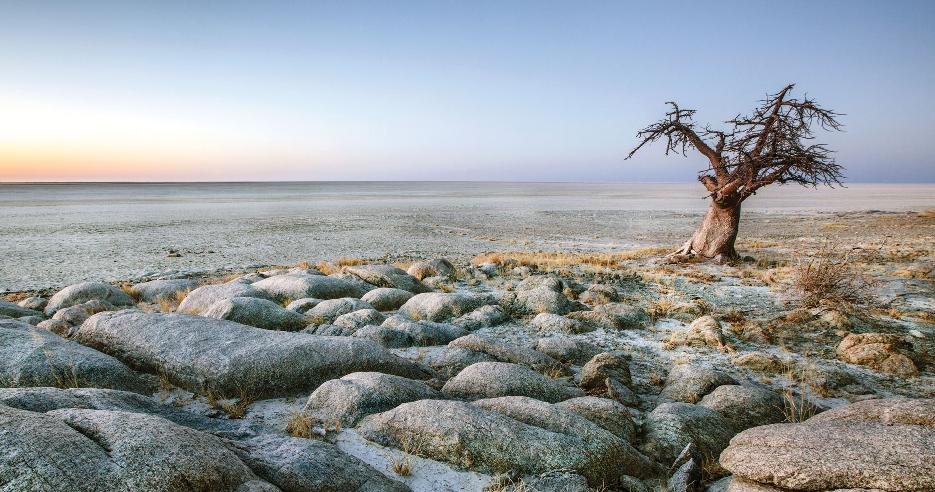 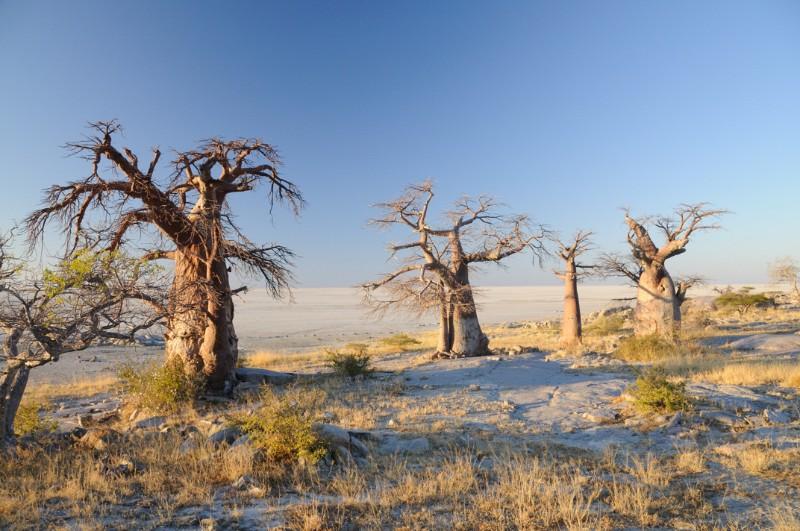 Some parts of it are a 2-3cm thick layer of salt, with moisture underneath forming a thick mud. (To quote James May, who crossed it in a car in Top Gear's Botswana special: "It's like driving on a crème Brule")

Mountains will have layers of strata representing historical water levels, which have then transformed as geological processes advance: 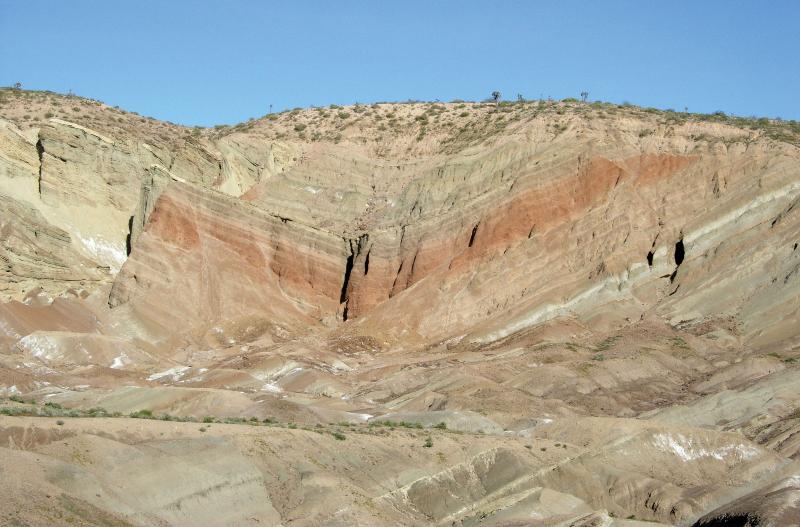 Whether your people can use this data to infer history is up to you as an author - have they seen non-waterworld planets for comparison? Do they know chemistry? We would detect it using chemistry and lab analysis of samples.

Your remaining seas will be very salty - probably dead sea kind of salty. You may still get fresh water in lakes from a normal water cycle.

As an aside - did the water go anywhere detectable? Answering that question may give you the answer to "can they tell?".

You said drained into space? So theres a gazillion commets in the system? Is there an ice world from them forming together under gravity? Or did it give the sun an ice/steam ring like Enceladus gave Saturn an E ring from escaping water?

Sterile and dead. Without ample topsoil and plants whisked in with those animals, your planet would be a windswept desert as they quickly die off, leaving virtually no trace after a few years of aeolian erosion and burial.

With topsoil and plants you'd almost certainly get the same result, just a few years (maybe a decade) later: the subsurface would be salty as heck, killing most plants, and you'd have no source of fresh water to sustain a hydrological cycle outside (perhaps) select locations. Those select microclimates would slowly lose water to the ground, wither, and die.

They may discover that their planet was a waterworld once a little earlier. Some archeological research could be an evidence. For example if they constantly find ancient marine animals in the center of a big continent that might be a clue. And if we take human civilisation, wide archeological studies had started on our planet in 19th century, long before we had developed modern chemistry and machinery.

Not the answer you're looking for? Browse other questions tagged planets evolution alternate-history geology water .

2
How to dry an ocean planet and NOT turn it into a salty desert?

7
What is the expected terrain for an arid highly eccentric Earth-like planet?
6
The Key For a Longer-Lasting, Steampunkier Industrial Revolution
5
Starting with a map of current landforms, how can I write the geographic history of my planet?
9
Is a Selective Breeding Program to Create Enhanced Humans Plausible?
6
Can two distinct large isolated life pockets on the planet evolve independently and then merge without driving one another to extinction?
2
How to dry an ocean planet and NOT turn it into a salty desert?
5
What forms of life would be best adapted to living on a world with nine year long days?
3
What Point of Departure Would I Need to Turn The World's Largest Cities Into Kowloons?