How to Build a “Believable” Fall of Civilization? [closed]

Ask Question
Asked 1 month ago
Active 1 month ago
Viewed 195 times
8
$\begingroup$
Closed. This question is opinion-based. It is not currently accepting answers.

Nice to meet you all.

Inspired by Star Trek: Discovery's Season 3 and "The Burn", I've been re-reading materials where there has been a "Fall of Civilization" scenario and it seems most writers opt for a singular point of origin. Examples include:

There are plenty of others, of course.

What has gotten me curious and eager to beseech your assistance is this: even in our own History, the fall of the Roman Empire did not happen with a single event, but instead a sequence of them. Same thing for the rise and fall of several Chinese dynasties, which even fractured the Yellow Kingdom at one point into the Three Kingdoms period. The fall of civilizations seem not to occur overnight, but instead a period of transition.

How could I make a "believable" model of such a catastrophic (to some) scenario in a RPG? Assuming an Interstellar body of government divided into central "Core Worlds" full of opulence (and decadence) as well centralized military bases, and "Fringe/Frontier Worlds" often left to their own devices by sheer bureaucracy, inefficiency and red tape, how would such a political beast "fall"? Is it more likely to be slowly eaten away at the fringes by invading forces while the Core worlds are too slow and sluggish to even recognize an invasion? Can a plague bomb be detonated within its Capital cities, cutting the snake's head off so to speak?

I feel that most writers focus too much on a singular point of origin for these catastrophes and it seems to be too convenient to "undo" the disaster: just magically or scientifically time travel to that event in time, prevent it or contain it quickly and ALL issues are solved. Whereas, in real-life, such events only portray a "tip of the iceberg" and slowly bring to light long-ignored underlying issues.

A "Fall" is Just One Day in a History Book:

There was a day before the fall of Rome where it looked like there was still hope. But already by then, the empire had split into two, and the dependence of Rome on mercenaries (who really just wanted to have what Rome had) seeded the core of their own destruction.

There was a day after the fall of Rome when the "barbarians" thought they could salvage the city, or Attila perhaps thought he could make everything better now that he had loot in place of his pay. That same day, a centurion believed he could still rebuild the city and reestablish the Western empire, if only X, Y and Z would happen.

Empires are not points on a map, but big, living things that breath and ebb and flow. They almost never just "fall" one day, but there is always a process going to it, and a flow of things coming out of it. It's a huge mélange of individual people's stories all coming together.

The best stories about a fall center around a person who can see the critical failures going on, but do nothing to stop it. The whole thing is a house of cards, and the critical people know it. The fall can seem inevitable, with all the citizens scrambling to position themselves for what happens after. If the consequences are bad enough, that may include fleeing the universe (I've read at least two of those). Or people can be in denial. Even after the fall, they still hold out (often reasonable) hope that things can still be fixed, and the responsible people can be made to act for the better interests. Imperial districts hold together, maintaining civilization in one region, while anarchy and chaos tear another apart.

A single fall is a consequence of either events portrayed in the distant past, or the need to wrap up a story in 30 min less commercials. To write about a real fall, you need to have a rich detail of events leading up to it, and a rich mix of all the consequences. Leaders try to keep order; often successfully. A new emperor is named, and might keep things up - for a time. A district becomes a prosperous kingdom, or a separate empire.

But every great story about a fall needs that one singular thing that happens which makes people believe that things are over. Rome sacked, with flames pouring out. The empire may still exist, but the dream of empire has fallen. 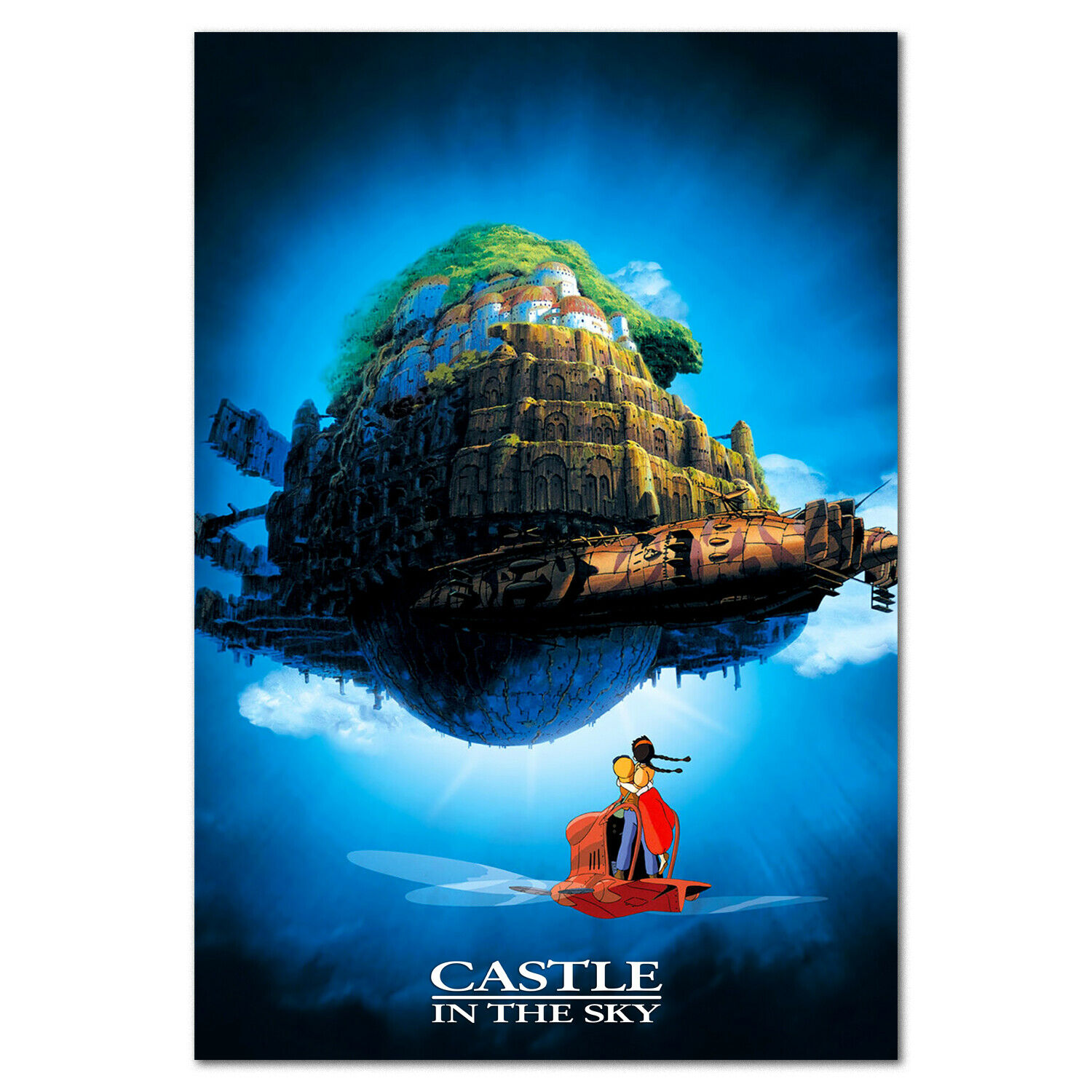 Castle in the Sky does this so well. There is a world of people and their tech, farming fields, working mines, fighting wars. But from the very beginning there is a feeling that things used to be better; greater. The foundry building includes many ruins and only some parts are now used. The mine is depleted and the machines are worn and unreliable.

There used to be more. The world used to be more amazing. Over the course of the movie, relics appear - a necklace, a robot - an abandoned flying city.
We are never told why all but one of the flying cities fell from the sky or what happened to the civilization that built such wonders.

There are parallels all over the real world - people live in the vicinity of amazing ruins built by forgotten people for forgotten reasons. I am sure those people wonder because I do. You do not need to know exactly what happened to marvel at the works of these lost civilizations. In some ways the mystery makes it more marvelous.

Not the answer you're looking for? Browse other questions tagged apocalypse rpg interstellar or ask your own question.

15
What could cause Earth to slowly fall out of orbit?
12
How likely would a zombie apocalypse be to wipe out civilization in medieval England?
49
What's the most efficient way to destroy civilization from orbit?
4
Can We Build Noah's ark?
28
Justification of physical currency in an interstellar civilization?
25
Humans meet a distant alien species. How do they standardize? - Units of Measure