Just to clarify, this is a serious question. I mean it. I'm legitimately wondering and am looking for feedback on this following question:

How close can an intelligent homonid species get to having anime girl proportions? Shoujo and moe girls are often complained about for having "unrealistic body types" and such on twitter. As someone whose studied these art-styles and also real-life human proportions, I'll admit, they can sometimes be a bit absurd. However, with the studies I've gone on the variety of shapes primates in general can be in, I get the feeling it's PLAUSIBLE we could get an uncannily anime-like female bodytype to function in real life physically and biologically.

General changes that would need to be made to the human shape to match these waifu types would include, from my general observations-

Overall, the objective of this idea isn't to simply MIMIC the proportions of a Moe anime girl, but to uncannily HAVE them. Can a homonid species possess traits like these?

We can get pretty close with plastic surgery

Maybe we've watched different anime; but points 1, 2, and 3, we can get pretty close with with existing humans. Thin waists, tiny frame, large breasts, big hips. These characteristics basically exist as a small percentage of the population naturally, and surgeries to reduce the waist and enlage the breasts are among the most common.

The eyes and face are the trickiest, but with a bit of plastic surgery we can get pretty close. 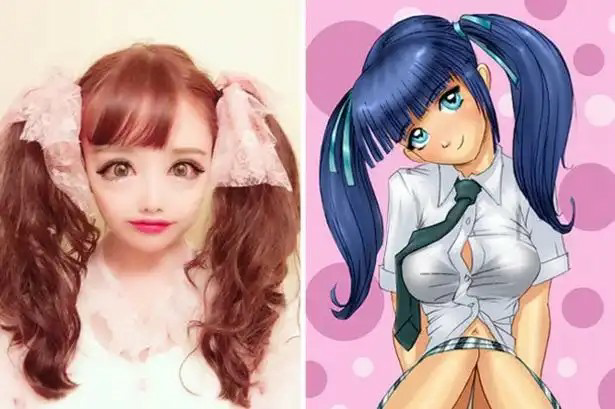 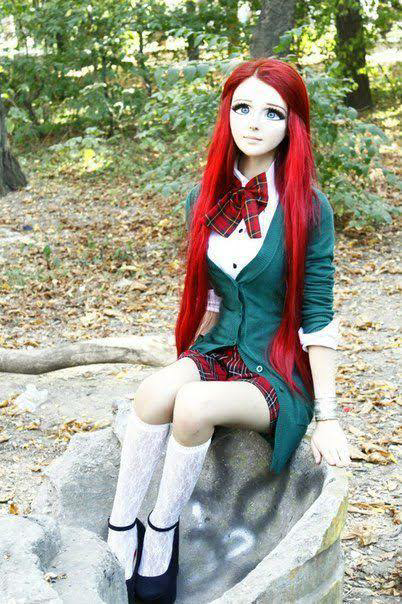 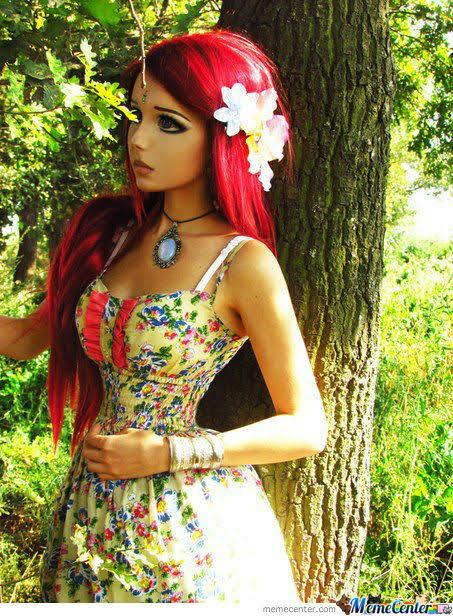 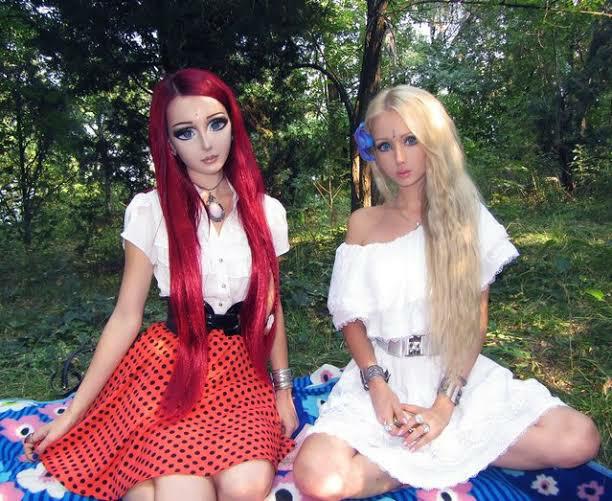 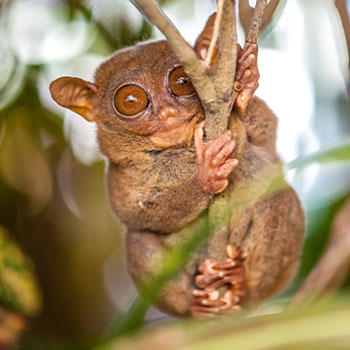 Tarsiers (Tarsiidae) have what amounts to real-life anime eyes.

Most of the features you are asking about could be accounted for by some kind of neoteny (i.e., retention of juvenile traits into adulthood). Notably, larger heads, larger eyes, smaller noses, and shorter limbs are all symptoms of neoteny. It is also possible to mix neotenic and peramorphic (the opposite of neoteny, where the development of features is accelerated beyond the adult phenotype) traits in a single species, human skulls are heavily neotenic but we have a peramorphic nose and limbs.

Most of what you want with breasts, limbs, etc. could probably be achieved by shrinking the torso. The way in which the postcrania of anime girls differs the most from real people is that they don't have as elongate of a torso, which takes up 50% of our body. In real life the torso is three or more heads tall, but in anime characters it is often closer to two and a half.

Probably the biggest hurdle is going to be the neck. Anime girls typically have a much thinner neck than IRL humans, which will restrict the amount of space available for the windpipe, carotids, etc. Compression of the tissues in this region leads to IRL health problems like sleep apnea. Combined with the reduced jaws that may give your anime girls a population-wide case of sleep apnea.

6
Giant shoulders
9
What evolutionary pressures would lead to fairies?
0
How Long (Or Short) Would Human Limbs Be if Proportioned Like Those of Gibbons?
2
Humanoid creatures with four “sticky” legs and eight eyes
3
How make look feminine and masculine (non mammalian) animal humanoids?
4
How can the human body be optimized, yet still be mostly human?
4
In what evolutionary scenario can a hominid species evolve to have males and females of equal size and strength?
1
Is this giant realistic?
4
Reptilian beauty standards