If 19th century workers needed to be working in an environment much like the inside an active volcano for several hours, would they have materials to make a proximity suit to do this? Assuming working in air at temperatures of 900°F for 4 hours, and the time is 1890. Assume they have chemical oxygen candles (rebreathers) as well. Their job is maintaining airships on a very hot alien planet

Note: Proximity means “near the hazard.” No one is swimming in magma.

Iron workers were probably the closest human workers have ever gotten to working in Weyland's smithy. 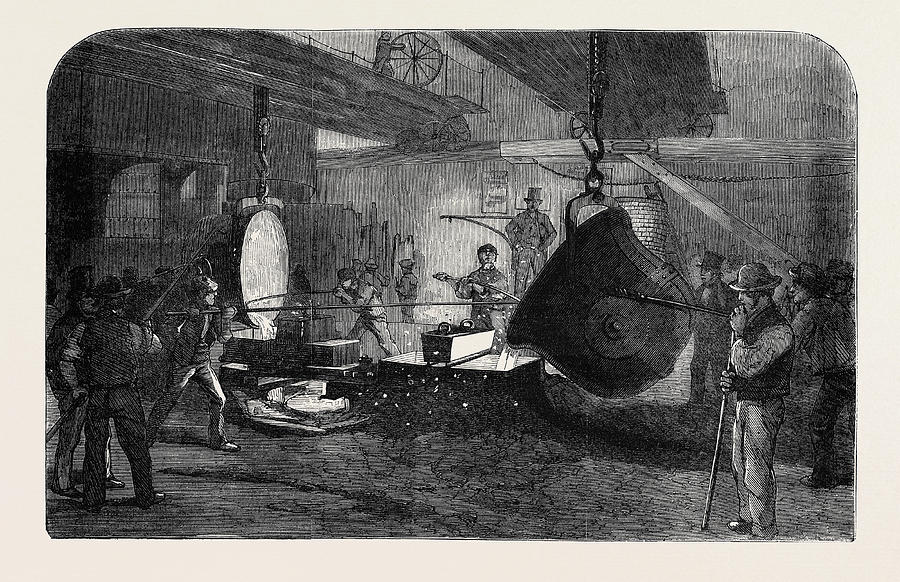 Do take note that in the 19th century, the fashion for iron workers appears to be britches, vests and bowler hats; or else top hats and frock coats.

Asbestos has been known for ever, and according to this resource, seems to have been known and used for fireproofing clothing for a very long time. I think it comes down to a matter of timing: the industrial mining, use & application of asbestos just came too late for 19th century volcanic spelunkers.

In a world where the properties of asbestos are known, where it's relatively easy to obtain, and where the need to work inside volcanoes has spurred the growth of this particular industry, I see no reason that such a suit couldn't be made, if crudely, in the 19th century.

You will need to remove heat from the workers. 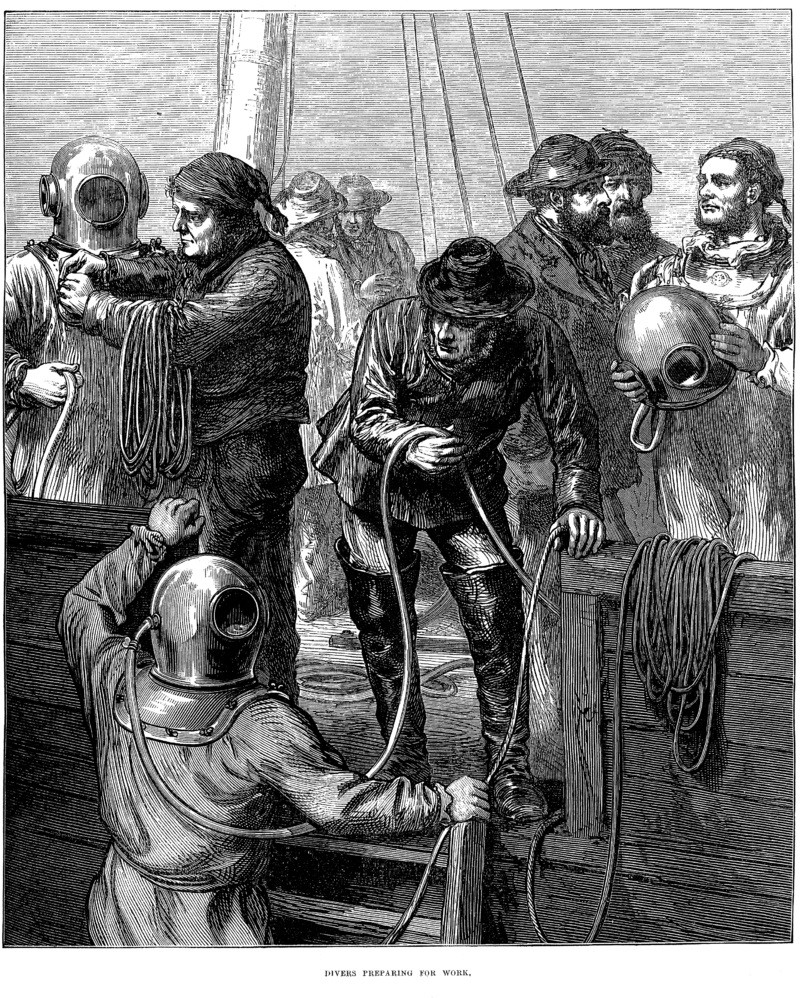 900 F is too hot to breathe. The workers will need diving suit - like helmets to provide cooler air. Since they are in suits they can also have a water circuit to cool the suits. The hose providing cool water will itself stay cool from the water inside it and the water hose can jacket the air supply hose which otherwise would itself catch fire.

The materials for the suits are not waterproof; the opposite as much of the water pumped into the suit comes thru the canvas pores and drips away or evaporates, carrying away heat.

You would need to keep the cool water coming fast to keep your workers cool. You had better have a lot of it topside if they are going to be in 900F for 4 hours. You could pump the water back up to reclaim and cool it. Alternatively it could just fall out the pores of the suit and then it would keep working to cool the immediate environs of the workers.

There would be a lot of steam!

The short answer is yes

The long answer is that all the necessary materials were already available (especially if they can travel through space) the answer is asbestos. Asbestos was the first material used for high temperature protective suits (for the explanation I will work with degrees Celsius as this is the unit of temperature measurement in the international system of measurement, 900F is 482.222C) the first asbestos fire suits could protect from up to 285C while thicker versions for industrial use could withstand 1000C.

The main problem is that the insulation also prevents the human body is normally at 37C and can withstand up to 50C. Although this is simple to solve with a tank of cold water for the worker to drink, 4 hours is entirely possible.

3
How could we (modern humans) get established on a hot planet?
4
How to maintain large ships in hostile atmosphere?

11
Surviving Re-entry in only a space suit
3
Could an astronaut be lifted from Earth to the ISS in an EVA suit on a resupply mission not intended to transport humans?
35
Would a suit that acts as extra-cardiovascular system allow you to run indefinitely?
10
Pressure suit design that would allow a low pressure-adapted being to survive on Earth?
11
Environment suit design for ultra-cold temperatures
6
Valid justification for "GMO mech suit"
5
How to keep internal organs functioning within an exoskeleton suit in different gravity levels?
9
What is the best ways of cleaning/bathing inside an astronaut suit?