The physics of flying archers

A kind of soldiers in my world can use certain magical equipment to launch themselves into the air and stay airborne (sort of like gliders. They need to keep moving ahead; they can't hover much). Note that they need to keep their hands free whenever possible; they use magical gloves on their hands (and feet, but they're not very useful once airborne) as sort of close range grappling hooks cum vacuum pads which can be used to propel them at no damage to themselves due to the magic (but a lot of damage to whatever they used to propel themselves)

While there are many ways I've thought of in which they use throwing knives, lances, swords etc. while airborne, is it possible to use bows or crossbows?

Is this even effective at all? Or would it be better to give these archers closer range weapons and send them into the fray? Because these are some elite military units, used for some of the most difficult tasks or for stuff like horseback chases. So would it even make sense to train some of them for ranged combat?

Yes you can, and a subtle effect.

Rather than getting all physics on you, I'd suggest the best way to understand this is to try it: hop on a skate board / roller skates / frozen lake / floor covered with lube, put on some safety gear like helmet, and give this a shot, the physics are the same. (It's both fun and educational!).

Drawing a bow midair doesn't look impossible, and seems way more practical than bringing loaded crossbows along. Due to practical limitations, how many crossbows could one take along? 5 seems to be already a large number, and a flying attacker firing up to 5 darts before stopping seems rather underpowered.

Also recoil doesn't seem to be a huge issue: first of all the departure speed of an arrow is way lower than the bullet coming out of a gun/rifle, and so is its mass.

Lars Andersen can catch an arrow shot at him and accurately return fire while still in the air. It is by no means impossible to shoot a bow while in the air.

Conservation of momentum means that the momentum of your projectile will be subtracted from the momentum of your archer once it is fired, according to the law. A heavy arrow might weigh as many as 40 grams (600 grain), and could be shot as fast as 150 kph. The total momentum would be 0.600 kg*km/h. You then divide that momentum by the mass of your archer in kilograms, and that is how much they have slowed down. A 50 kg archer would be slowed down by 0.012 km/h, or would have to shoot about 83 arrows to be slowed by 1 km/h.

I would expect the tactics used to be similar to and just as effective as Mongol horse archery.

Throwing and drawing a bow require a remarkable amount of core and upper body movement. Throwing specifically is the art of transferring the momentum of your body into another smaller object.

Now consider that required body movement, the body movement for drawing a bow is similar to that of winding up a throw, and how your soldiers control their gliders and their body position while using the glider.

Consider along with this the way an arrow lies on a bow, it's not constrained by much other than gravity. Which side it lies on depends on the type of bow they use and the style of release (normally left side for right handed).

This will give you the practical angles at which a bow could be fired effectively while using the glider, however throwing while gliding likely lacks the body control and stability required for significant power transfer and you'll be better of dropping objects from height rather than attempting to throw anything.

Is it possible to draw a bow midair? If not, then they would use crossbows that they would load while on the ground and shoot once midair.

I went to a martial arts school with an archery range. One of the things the instructors had us do for us to learn how to shoot fast was leaping over a bench or a chair (while running) - and we had the time in the air to aim and shoot. Most of us did start the jump with the arrow already nocked, but some of my most graduated colleagues managed to nock the arrow mid-jump.

For conservation of momentum, see the other answers for the math. But for simplicity, many archery range targets are lighter than an adult and are not knocked down by the arrows that hit and get stuck on them. An arrow won't change an adult's momentum much.

All these answers are neglecting the boring realities of the effects of these archers on "real combat".

There are two aspects to a projectile's range and terminal velocity:

Fighter jet pilots know this well - the main complaint about the F-35 is that it will launch a missile from lower altitude and with less velocity than its competitors, therefore the enemy will "dump on it" and get out before the F-35 can respond.

You have a similar situation - your magic archers will impart forward velocity just before firing, and they will do so from altitude.

The result? Terminal velocity on impact, from outside of the enemy's engagement envelope.

With all that said, do you really need "archers"? What keeps you from having flying dudes who just toss bags filled with pointy rocks from altitude? Put them on a disk that spins and throws them in random directions at x altitude via spring. You basically just invented medieval air burst munitions. Your "archers" aren't going to be firing at point targets anyway.

Oh, and say goodbye to normal fortifications. Have fun with this rabbit hole, it never ends.

Edit based on reply: In that case, the "real world" application is signaling. Look up "indirect fire grids", "designated kill zones", etc. The really simple version of this is that the commander pre-defines squares within range of his artillery, kind of like on a chess board. Your "archers" fly around and look if the enemy is advancing on any of these squares, and then give a signal to your catapults for indirect fire on these positions. Anyway, this is only if you want to get fancy with "practical applications. You could have them zooming around and firing on generals / mages / whatever. Probably in low-visibility conditions - at night, in fog, etc.

Why bother with bows and arrows at all? They could just drop or throw air-based flechettes. 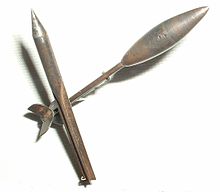 The flechettes have a higher terminal velocity than arrows and gain kinetic energy as they drop. Also, flechettes (as well as arrows) benefit from the initial velocity of the weapons platform. A two-inch long version of these weighing only 0.7 ounces called the Lazy Dog was used to devastating effect in Vietnam and

could be hurled from buckets, dropped by hand, or thrown in their small shipping bags made of paper 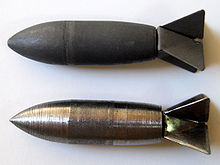 A satchel of these bad boys would allow a flying human to devastate ground troops.

It strikes me as slightly odd that you are worrying about real physics when you've already got the archers doing 'flying by magic'... why worry about conservation of momentum or the like in this circumstance? You could just define that they are able to operate whatever weapon and that it has no effect on their velocity or height as it's compensated for by the magic.

On a more real physics not, drawing a bow / crossbow requires the archer to act against their own body to store energy in the bowspring. From a physics point of view, it's all in the archer's frame of reference so what the archer is doing in an external reference frame shouldn't matter... up to the point they loose or launch or let fly.

Not the answer you're looking for? Browse other questions tagged reality-check magic physics combat or ask your own question.

2
Justifying limited use of arrows, while allowing them to be effective in short ranges?
7
Reimagined Weaponry: The Illidari Warglaives
4
How would a fixed altitude magical Airship be propelled?
8
Can a horse-sized flying creature grab and carry a human's weight while flying?
4
Why would a human bomb not be blown apart by rune magic?
5
Gargoyle Safety 101: Choice of statue material
5
Destructive Impact of a Skyscraper Sized Flying Titan?