What would the global effects of a prolonged nuclear war at sea be?

There are a great many studies targeted at the effects on the environment of nuclear war on land, but I can't seem to find any relating specifically to nuclear war at sea.

The current basic setup in this world is that a genetically engineered alien slave race is attempting to invade the Earth via a portal on top of the Hawaiian islands. They were engineered specifically to be the best possible land fighters, but are woefully inadequate at any other region of fighting. Despite this, their technology makes them incredibly resilient to modern arms, and the conflict quickly went nuclear. Humanity has managed to hold the race at a stalemate on the ocean for some seven years now.

The primary nuclear armament of the human armies are in the 20-100 kiloton range, though about 100 multi-megaton sized nuclear weapons have been used as well. The human forces have detonated about a dozen nuclear weapons per day for about 6 years. What would be the environmental effects caused by this war? Would the increased water vapor in the air cause a global warming effect, or would there be a global cooling effect?

You've made a hurricane generator

You have super heated columns of sea rising rapid up very high, cooling rapidly. This will create powerful storms, and reinforce existing ones. You've basically got a hurricane generator now.

Long term, globally water vapour will gather high up and stay there for years, encircling the globe. While water vapour is a greenhouse gas, it also reflects sunlight. The reflection will be the greater effect resulting in a nuclear winter.

Frame challenge: there would be no nuclear war at all.

They were engineered specifically to be the best possible land fighters, but are woefully inadequate at any other region of fighting.

Yet they have been so smart to invade and conquer a bunch of small rocks in the middle of the largest waterbody on the planet. A cleverness almost on par with the aliens attacking always Japan and only one attacker at a time in the big robot anime of the '70s and '80s.

For a visual reference, here is where they have landed: 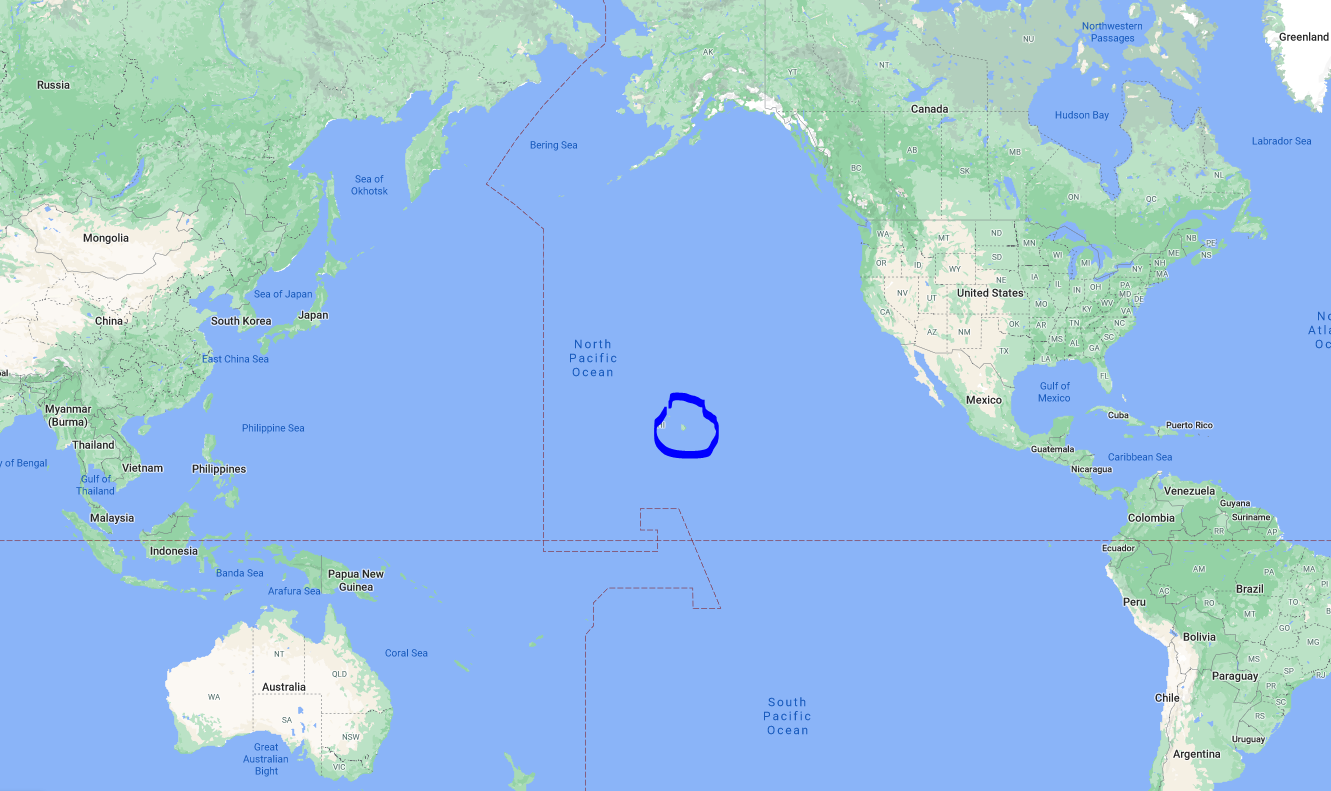 After seeing how those brave invaders are unstoppable on land but cannot even paddle in the harbor waters, any Earth leader will quickly convene that, despite being a though renounce, we can live without pineapples and flowered shirts if we leave the Hawaii to them. Watching old episodes of Magnum P.I. will compensate for the loss.

Not the answer you're looking for? Browse other questions tagged ocean nuclear nuclear-weapons nuclear-war nuclear-winter .

6
How long would the southern hemisphere survive after a nuclear war that, while intense, was limited to the northern hemisphere?
4
Geological Effects of Nuclear War
1
What would be the long-term effects of nuclear war on the climate?
23
Could alien observers detect the Castle Bravo nuclear test?
2
Effects of a Rapid Fire Nuclear Weapon on the Environment
2
How would the sudden disappearance of nuclear weapons and power plants affect Earth geopolitics?
3
How do I design a city to be habitable under a constant barrage of low-yield nukes?