If the Vikings grew horns, what would their helmets look like?

Imagine all the Scandinavians started sprouting horns, much like their stereotypical image, out of their heads. Now, how do they redesign their helmets to match a horned head?

Note that your helmet still needs to protect your head. You might even want a little protection for your horns, since those will bleed if they're badly broken.

For example, might they put slits in the sides of the helmet, so they can just put them straight on? What sort of design can a horned human use for their helmets?

FRAME SHIFT: As fanatical as we Minnesotans might be about our Vikings, horns would be a serious impediment to normal human behavior. Actual Vikings did NOT wear horned helmets, because they were impractical and would provide leverage in combat, so a blow against the very broad horns might twist or break a warrior's neck. If those horns were actually IN the warrior's head, it could be quite lethal. Not to mention sleeping difficulties and neck/back pain. It's likely the presence of Viking-helmet-style horns might adversely affect brain development. Not to mention that I am just a little insulted on behalf of my Norwegian neighbors - I can't picture Knut and Signe with horns.

Such horns would mark Scandinavians out as being non-human, and the Vikings needed to maintain a quite large trade network where their reputations were important. While Vikings MIGHT have liked terrifying their enemies, they knew the advantage of getting along with people as well.

So it's likely the Vikings would trim and saw their horns and burn the stubs to remove impediments to their social and military effectiveness. Then they would likely take up wearing lots of hats to cover the stubs. "Horns? What horns? That's a Thor-cursed lie to make us look bad. What, these bumps? From a childhood religious ritual. You aren't on the inside, so I really can't share the details..."

Such horns would, however, provide spots where the helmet could be made snug to the head. For those die-hard cases where they refused to "fit in," they would likely need to go without traditional helmets (these would be more akin to berserker-type troops: there more for terror than practicality). If they had helmets they would need to protect their horns from injury, or partly trim them back to make them less vulnerable. In the same way spear shafts had an iron guard along them, the horns would need a guard or wrap to shield them. Perhaps a two-piece clamshell helmet that slipped over each horn, then pinned together to a middle plate. Otherwise a very minimal helmet over the top of the head (and yes, likely slitted to go over the horns) would be the only practical solution.

This question makes me think of Estelle from Arknights. (I don't know how to put pictures in a question or answer on SE, sadly, so you'll have to find it yourself).

The spike-like horns on her brow could be accounted for with simple holes in the helmet. However, the big, curved horns on the side of her head would be quite a bit more difficult. A clamshell helmet like DWKraus suggested could work, but what about a two-piece helmet, with the pieces desighed so that they lock together (tight as a vise) around the head and horns? The locking mechanism could be like a puzzle piece, or like the teeth of a gear, with alternated positions (think teeth, but laying flat) at the edges to fit together.

Otherwise, a simple but perhaps flawed solution would be to make a helmet with holes where the horns will fit and put it on just before the horns regrow (assuming they regrow). The horns will be ritually cut off or shed naturally once the bones of the skull have fused and stop growing (so they won't grow against the helmet and squeeze against the brain).

To protect the horns, a metal sheath or plating would be ideal; with sharp edges, serrations,and/or spikes, to add intimidation factor and add an additional weapon to be used at close range (berserkers would like that, now wouldn't they?) 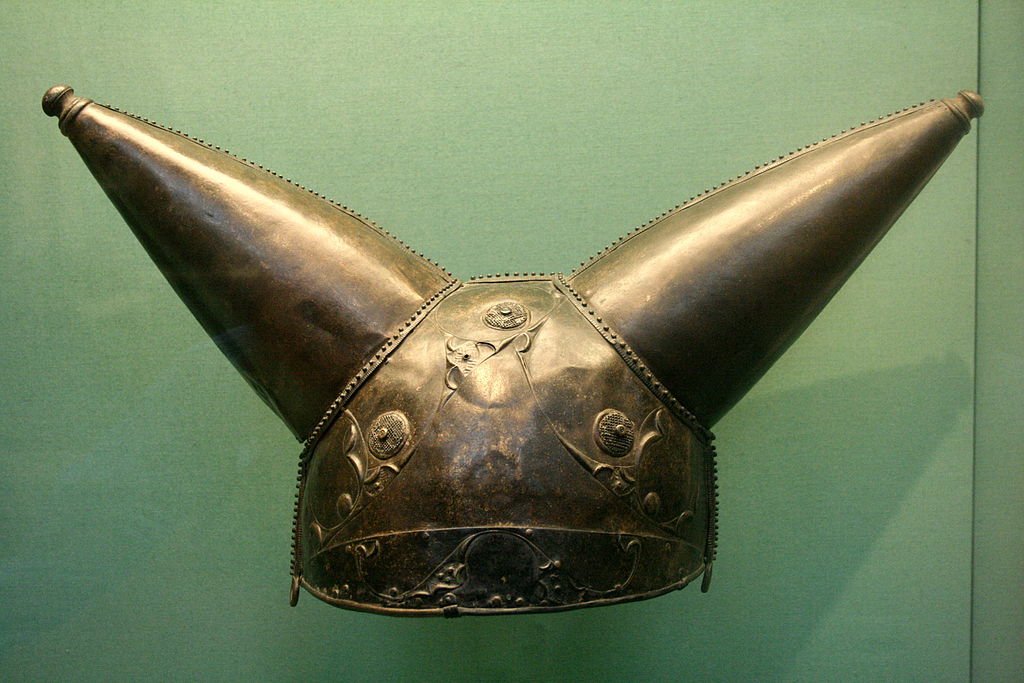 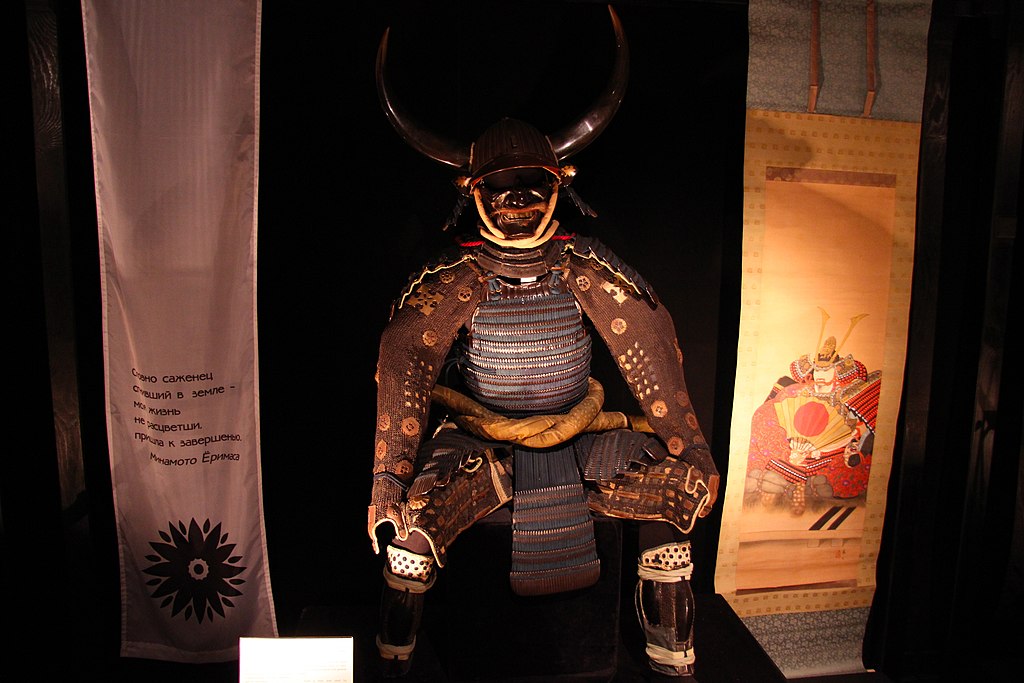 if the horn is like the typical viking one, just put some opening or slit in the horn for easy wear, something like ear slit in helmet like this for example, or like the image above to protect the horn by covering it into the helmet (dont take the image too literally), put the opening bellow the horn shape for easy wear. or make separate metal socket that can be removed or attached to cover or put into the horn that strapped or linked to the helmet.

outside of that, you can add chainmail or gambeson or thick cloth to cover the horn to at least give some protection against cut and blunt trauma.

the rest you can just combine the usual scandinavian helmet design or motif to it.

and here several horn helmet if the horn is shaped or grow in different angle. 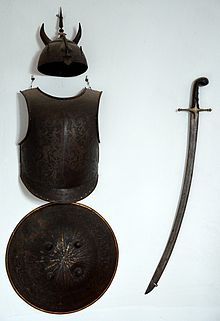 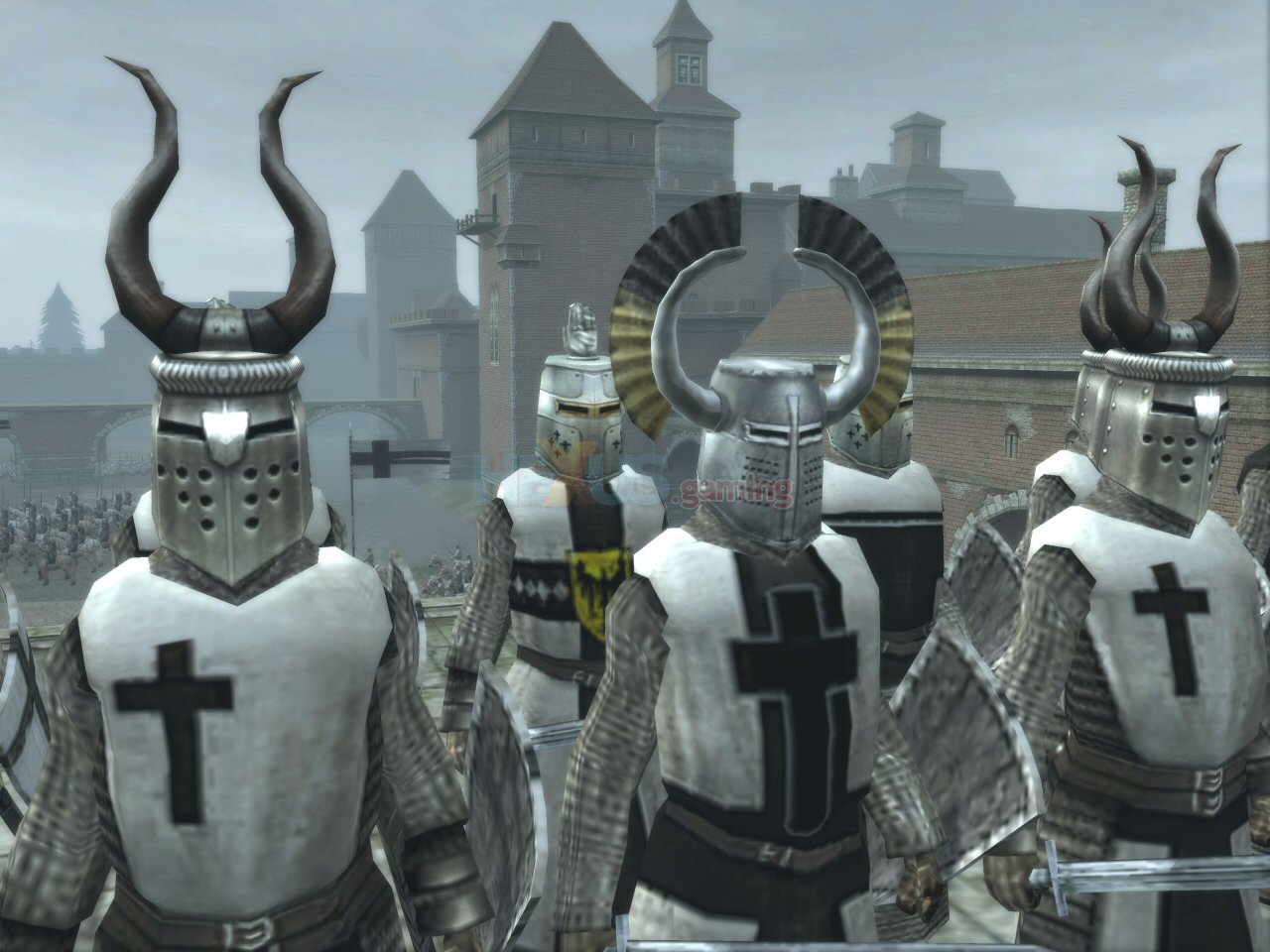 Not the answer you're looking for? Browse other questions tagged xenobiology alternate-history armors clothing daily-life or ask your own question.

9
What would a Christian calendar look like?
11
Reasons for horns/antlers on helmets
5
If humans could photosynthesize, what would our clothing look like?
5
Modern warfare helmets for cat eared humans
12
What might an angel's knapsack look like?
4
How Would Shoes Look On More Ape-like Feet?
9
The practicality of Corinthian-style combat helmets
1
What would Europe look like if Chernobyl exploded?