The best type of reconnaissance for modern dragons?

My dergs: About the size of a large draft horse, 12-meter wingspan, human intelligence, able to talk in human languages.

Scales are very tough, but an armor-piercing round from an M2 Springfield bolt-action rifle can rip through, even if with greatly diminished energy. The dragon would certainly feel it. As always, the 50 BMG makes dragons tremble with fear, well, until a dragon shows up with a smart grenade launcher, as arc-over, proximity-fuse 'nades go BLAT! BLAT!

Dragons can carry the weight of a human on their backs and have steady cruise speeds of 35 m/s. They require the same ground clearance as a quetzalcoatlus when taking off.

As for stealth, we went over several options, I'm going with a natural radar-absorbent coat for my dragons. Well, they supposed to be capable of producing CNTs and the multi-walled ones can be radar-absorbent.

Even though they're the toughest biological flying creatures in my setting, dragons can't hold a candle to gunships or helicopters.

However, helicopters can't soar (even an autorotating helicopter will still make noise) and gunships have trouble landing on rough terrain.

It's clear that dragons won't be actively fighting on the frontlines, and why should they? It's rather chaotic and way too dangerous, whereas you can make scouting pretty adventurous too, and just as important.

However, I'm not sure what type of recon should they be doing? Could they be a part of a semi-early warning radar system? Would they search for interesting things that are on the ground or in the sky?

Assuming these scout dragons are part of a modern army, what type of recon would they be doing routinely?

And before you ask, I mean recon as in military reconnaissance mission. No, Fafnir, it's unlikely you'll find enemy hideouts in the bar, at least not in your current mental state.

Also, dragons are supposed to be able to crawl like a leopard. Sure, they won't go as low as leopards, but still better than nothing.

The big difference between sending in a dragon and any of its modern military alternatives is its ability to land, walk around, and generally just do stuff. While a plane, helicopter, or drone can fly over a city just fine, they can only see, they can't touch. In contrast, a dragon can land directly on a rooftop, walk over to the the cable wire, and splice a packet sniffer into the target building's internet, or set up listening equipment so you can monitor conversations happening inside.

As GrumpyYoungMan pointed out in comments, visual stealth may still be an issue; so, for this to work, you can just make your dragons nocturnal (or give them night vision goggles). During the day time, there is no way a dragon will go unnoticed flying around your city, but at night, human vision is pretty limited when it comes to spotting anything in the sky that does not itself emit light, and even if you do see it, depth perception and visual acuity are vastly reduced at night; so, it would be very hard to tell the difference between a large dragon flying up high and a normal bird flying down lower.

An alternative solution is to make dragons common enough in cities for them to go as unnoticed as pedestrians. If dragons are normal members of your society, then most of them will tend to gravitate towards jobs that specialise at doing things up high: line men, arborists, etc. In this case, dragons become the ultimate guy-with-clipboard security threat. If you see a dragon messing with wires somewhere high up where you can not see what he is doing, then your automatic assumption is that he is doing his job.

IR cameras from an aerial recon vehicles can look down through a canopy to see people moving around, but will not tell you what cold assets they may have. A dragon again could land in a tree like a giant bird, then climb down just far enough to get a visual on what is below the forest canopy. So, they could do things like pinpoint ammunition caches, artillery batteries, etc. that you would otherwise not know about from normal aerial recon.

While "the size of a horse" may sound like a creature that can not land in a forest canopy, this is likely not an issue. This dragon concept is about the size of a Quetzalcoatlus which only weighed about 440–550 lb (flying animals tend to be much lighter for their size than their terrestrial counterparts). While we do not have any birds that heavy today to compare to, we do have several tree climbing animals in that weight class like giant pandas and various species of gorillas. As for finding a landing spot, most forest canopies are not as solid as you may think. Natural forests include many different species of trees which grow to various heights resulting in exposed thick upper tree trunks which can easily support the weight of a large animal.

They hit the bar. 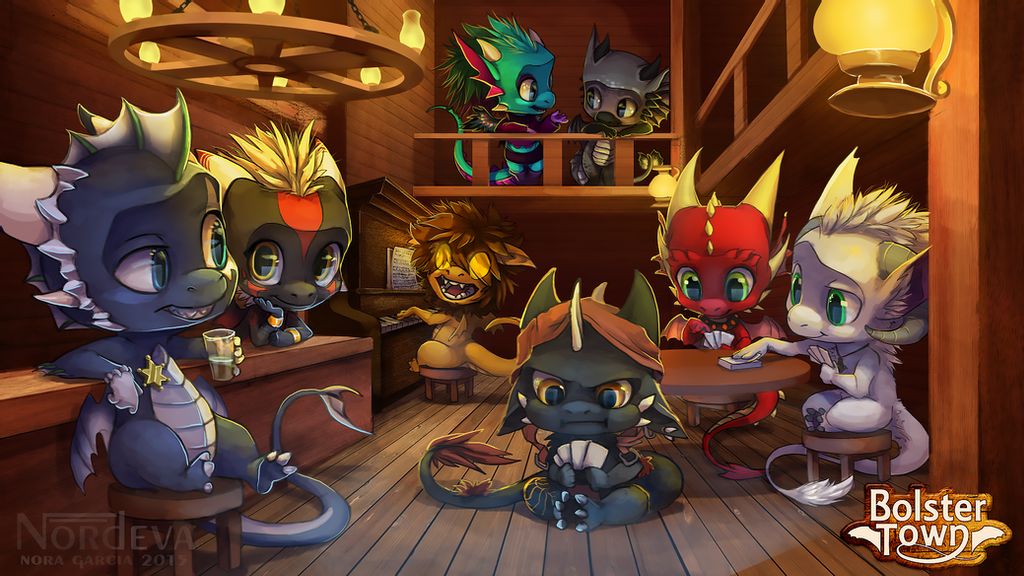 Some drinks, good food. The regulars will be there but lots of other folks too. Maybe that green guy with the guitar. Maybe that hottie with the shiny scales. Hear what people are up to, swap some tales. What goes on, what goes on. Ear to the ground you know.

Though usually that isn't until the very end of the night and usually not on purpose.

Not the answer you're looking for? Browse other questions tagged science-based military dragons modern or ask your own question.

5
How to make dragons move stealthy on radar?

8
The right size for dragons
6
The best role for a dragon in protecting a settlement?
3
Facial expressions for dragons?
21
What could dragons do in modern-day combat?
4
Increased flexibility for dragons?
26
Are dragons useless when there are guns?