Reason to use tridents over other weapons?

So, I wanted one of my species in a world of mine to primarily use tridents as their weapons. I'm not sure of their location outside of a mesa. I did a little research and tridents were indeed used in ancient combat, but as far as I could tell they were rare and mostly used by fisherman taking up arms. But, I'm not asking for that, I want tridents to be at least somewhat commonplace and not as a weapon to be used in a pinch. Looking on other sites, it seems like tridents are a farfetched thing as a intentional weapon that isn't just to show off since the same metal used to make the trident could make spears instead.

I am not asking for ornamental weapons, nor improvised, and preferably not anything connected to some religion or tradition although that is acceptable. The only benefit I can see for a trident is the disarming factor, but maybe there's something I missed. It's also worth noting this is a medieval-esque technology period, although a little handwavium and suspension of disbelief is acceptable, and worse comes to worst I can always say they live on the coast and choose tridents simply so their weapons have more utility.

In summary, what would cause a military to choose tridents as the main weapon to outfit their soldiers with instead of anything else such as a spear?

Although the trident is somewhat limited as a weapon, I can think of several good reasons to use them. 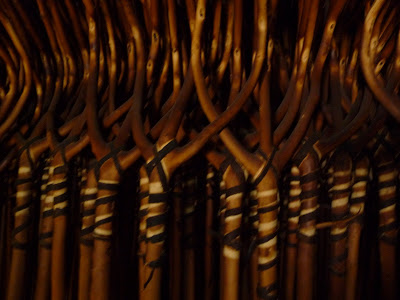 For a working hay fork, this takes eight years on the bush, with well-gauged pruning all the while. If more than ten days lapse without trimming, the year's harvest can be lost. Once the fork is ready and cut from the bush, it is transferred to a 100 C oven, where as the sap sweats out, the branch warms and becomes flexible. The bark is then easily stripped, and after adroit adjustments (all this using the original, highly specialized tools), the branch is returned to a warmer oven in which it is hermetically sealed and smoke-cured for a day, resulting in its light brown hue.

There is a plant in the area of your people that turns out first rate tridents, just like this tree turns out fine pitchforks. It is less work to make tridents than other weapons. If you make it into a spear, your compadres will shake their heads and ask why you want just one when you could have three?

More holes per hit. Your soldiers are fighting creatures that can deal well with deep wounds, but not so well with lots of them.

Say, at least some of the time, you're fighting some amorphous creature with a thick skin that prevents the stuff coming out. Think huge Paramecia. Poking a deep hole into the liquid inside won't do much good, and a few small holes in the surface can be sustained, but as soon as the goo seriously starts leaking, you start dealing real damage to your enemy.

This is especially true if the creatures you're fighting are relying on pneumatic or hydraulic action to articulate and move limbs.

With a little bit of handwaving, such a creature might even be anthropomorphic. In fact, some humans have hydrostatic organs that work like that.

There isn't a practical reason to select the trident as a primary weapon. The only well documented use of tridents in combat was in ritualized gladatorial fights where a net and trident armed Retiarius would fight a heavily armored Secutor. This was intended to be a dramatization of the battle between fisherman and fish.

In a military context tridents are almost universally worse than the spear, being heavier, more awkward and more expensive. The closest militaries got to tridents were some of the more exotic pole arms but those usually didn't stick around for long outside of ceremonial roles.

You can either handwave this and not explain why, which if your storytelling is good enough, should be easy; look how easily we bought into laser swords in Star Wars. Or you could say their spears have vestigial spikes near the base of their shaft for some sort of aesthetic reason.

the cons is it can get tangled with each other if not trained well in formation or coordination at least outside of the chaotic in battle, regarding the heaviness at the end point, theres many spear type that has heavy weight at the end point and theres also a way to brace it to prevent the body stress.

since after rereading i found out it have or mean for unknown species element to it, i can see them use well against underwater creature at least, especially the small size one, due to the bend of light or refraction (assuming your species is on water), but it can also use well underwater to give a greater chance to hit the opponent compare to spear thrust, since thrust wont get hindered much underwater compare to slashing or slamming motion, and if the trident have blade edge it can also use to push and draw cut or slicing motion at a distance, so maybe your species is a mermaid or underwater type species, that can justified the trident as standard weapon in their underwater battle, while regarding on land, using it to thrust small species seem like a chore, since they can just use wider surface weapon to slam them or slashing multiple of them just fine compare to underwater due to the water force/drag, unless the small creature is immune from blunt impact or slash cut.

Come harvest time, they are essential tools for collecting wheat, making hay, building haystacks, and assuring the health and prosperity of your population through the winter.

This is also superb exercise to keep the troops in tip-top physical condition.

Any third use, such as spear fishing in shallow rivers or lagoons, is a bonus.

Beyond that, the circumstances will depend on the details of your world.

Speculating : if they live on a large mesa, they may farm it, and appear to all the world like a peaceful bunch of yokels, whose few iron tools are mere farm implements.

Until an unsuspecting army attacks.

You can't take a mesa by surprise : by the time you approach its heights, every peasant lad and farm girl has sharpened the tines of their formerly innocent pitchfork, and the mesa's edge is a ring of bristling steel...

You can fight an army, but you can't fight the entire population.

Tridents stop enemies from getting too hung on your weapon compared to a spear.

So it could be useful if there exists a common enemy force which is durable enough that they might willingly impale themselves on a spear and continue to run down the spear in order to close the distance with the wielder.

Or the enemy creatures might be gooey or soft and not so easily damaged by a simple spear pierce. In which case the outer prongs of the trident could be modified to be cut a circular path when twisted so they can making huge gaping wounds. The good ol' stab'n twist.

Or the tridents have single-shot explosive/shrpanel charges loaded into two of the three prongs. If you tried this with a spear you only have one charge at the ready and after you use it you have a tipless spear, AKA a stick. Not the best weapon of war.

Actually, they are stun guns

Some of the more radical alchemists have designed a device that can harness the power of electricity and discharge it into enemies to subdue them without killing them.

Imagine a Bahgdad battery or Leyden jar strapped to someone's back. The terminals are connected to wires that run along the shaft of the trident, sheilded with wax and cloth or some available material. The center prong is negatively charged, while the other prongs are positive, or vice versa.

The electrident is of course an expensive and rare weapon, but it has so captured the imagination of the people, that many wield plain tridents in imitation.

As @Harabeck astutely pointed out, the third prong of the electrident is redundant. This itself is a historical artifact harking back to the culture's history as a seafaring people.

Elecbidents are not unheard of, but carry less prestige. There are indeed frequent flame wars on bulletin boards regarding the respective merits of each variation.

It makes a phalanx or hedgehog formation three times as prickly, making it a lot harder for the enemy to negotiate their way through it.

If your soldiers are skilled at throwing spears, then three spikes instead of one makes it easier to hit their target (though I'm not sure how this would affect aerodynamics, you could hand-wave that your men are particularly skilled at overcoming that) 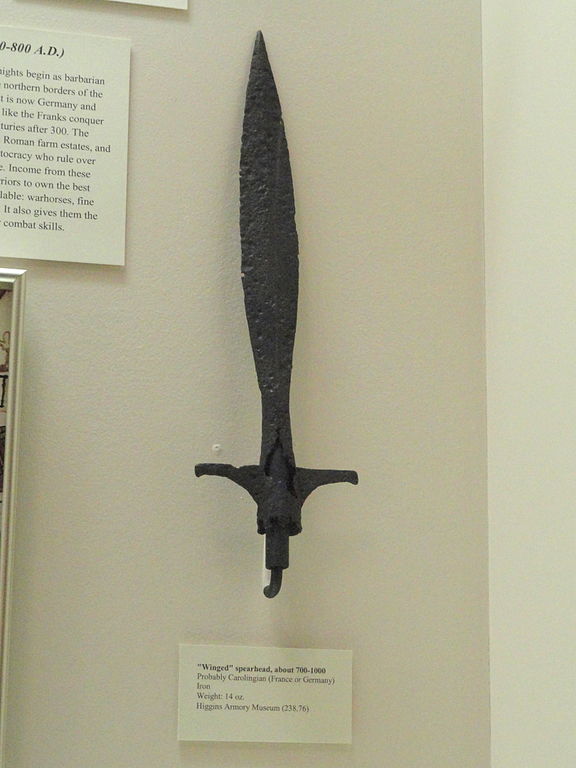 In spearfishing you use tridents when you see that the only available catches are small fishes. Single spears are more likely to break a chunk of the fish and then lose the grip. If your wounded prey swims under a rock and dies there you get nothing even if it was a good shot, tridents are more likely to remain hooked. Furthermore with tridents it's easier to catch a prey even if the aim wasn't very good. The drawback is that if you miss your target and hit a rock the trident gets easily damaged.

In combat I don't see much utility for them, they maybe better for unskilled fighters in close combat, nothing more.

Not the answer you're looking for? Browse other questions tagged weapons military .

25
How Can I Protect Medieval Villages From Plops?
5
Primitive underwater melee combat

11
How would the rules for carry and use of weapons be affected by reliable stun guns?
136
Why would giant mechs use melee weapons?
12
Advantages of a Very Cold Frosty weapon?
3
What kind of mechanism could be used to shift balance a pole weapon at will?
9
How would humanoid creatures with powerful jaws, claws, and a tail efficiently use their anatomy in barehanded combat?
7
Usefulness of shields in future wars
3
Realistic Rounds for Penetrating advanced body armor? A round for standard infantry against nano-machined ceramics